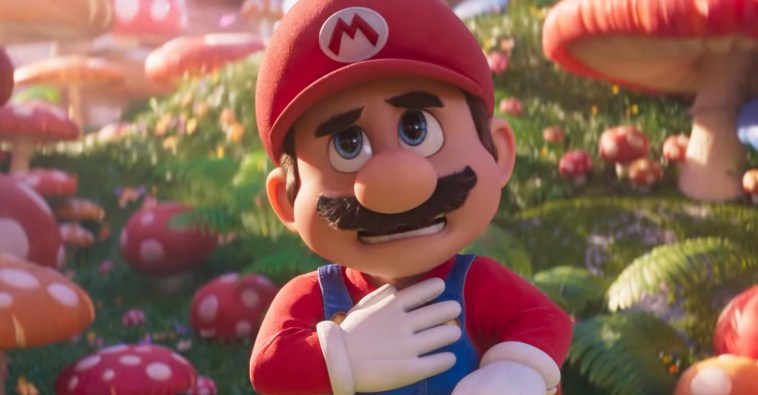 At a special Nintendo Direct, Nintendo and animation studio Illumination finally revealed the trailer for The Super Mario Bros Movie, and now we finally know what Chris Pratt sounds like as the voice of Mario. Yep, we know that Mario sounds like, well, Chris Pratt, with a slight New York accent. And that’s fine. More importantly, the trailer confirms that The Super Mario Bros Movie is a visual feast, putting an iconic cast of video game legends through multiple environments with nods big and small to the video games. It really lives up to the potential of the poster shared just a couple days ago.

Mario creator Shigeru Miyamoto and Illumination CEO Chris Meledandri themselves appeared at the Nintendo Direct to introduce the movie, reminding us that it’s been over 40 years since Mario originally debuted. Animation on the film is nearly finished, and original Mario composer Koji Kondo has been working with the movie’s composer to ensure classic franchise flourishes make their way into the music. Following these reveals, actors Chris Pratt and Jack Black also showed up on stream to talk about how much this movie means to them.

For those who could use a reminder, the somewhat surreal voice cast of The Super Mario Bros Movie includes Chris Pratt as Mario, Charlie Day as Luigi, Anya Taylor-Joy as Peach, Jack Black as Bowser, Keegan-Michael Key as Toad, Seth Rogen as Donkey Kong, Kevin Michael Richardson as Kamek, Fred Armisen as Cranky Kong, Sebastian Maniscalco is Spike, and original Mario voice actor Charles Martinet as various unannounced characters. You can hear Pratt as Mario and many other voices in the Super Mario Bros Movie trailer below.

The Super Mario Bros Movie releases in theaters on April 7, 2023 in North America and April 28, 2023 in Japan. Tell us what you think of the long-awaited debut trailer. Between the movie and the opening of Super Nintendo World in Hollywood next year, this could be the beginning of a renaissance for a franchise that was already massively popular.