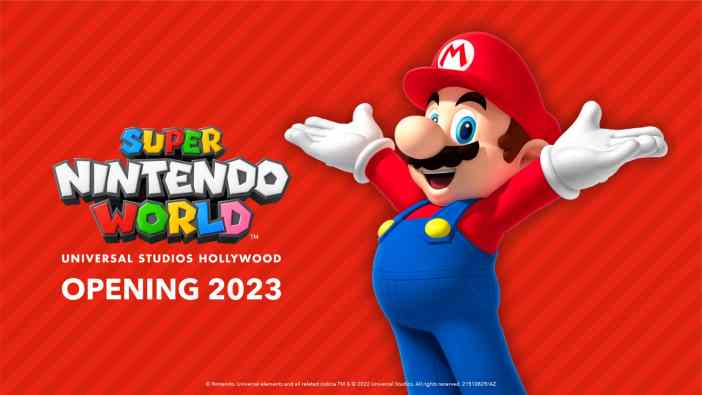 Super Nintendo World has been open in Japan for a while. Sadly, the United States hasn’t gotten an open branch as of yet, but we do not have to wait much longer. Universal Studios Hollywood has finally announced Super Nintendo World will be opening in California sometime in 2023. Meanwhile, the Universal Studios Orlando location of the theme park may still have to wait till 2025.

#SuperNintendoWorld is opening in 2023 at Universal Studios Hollywood! Level up with exclusive merch at the Feature Presentation store, opening soon. pic.twitter.com/4qh0bDACGN

It’s not much, but it’s something!

In addition to this Super Nintendo World opening news, Universal Studios Hollywood revealed exclusive merch will be available at the Feature Presentation store soon. So if you are in the area, you’ll be able to buy official Nintendo swag even before the actual park opens. (This would be at least the second time that the Hollywood location is doing this.) How else will you show your love and appreciation to the company that raised you besides funding its operation?

Hopefully, the pandemic will be manageable by next year. Numbers are going down in some areas, so I’m optimistic I’ll be able to visit the park. And I expect all the cool stuff featured in the Japan branch to make its way stateside. Currently, that park has two major attractions, Mario Kart: Koopa’s Challenge and Yoshi’s Adventure. A large Donkey Kong area with a jungle aesthetic will be added to the park in 2024.

Personally, I’m excited for the replica of Peach’s Castle. I can’t be the only one who wants to break through one of its windows in search of the secret slide.