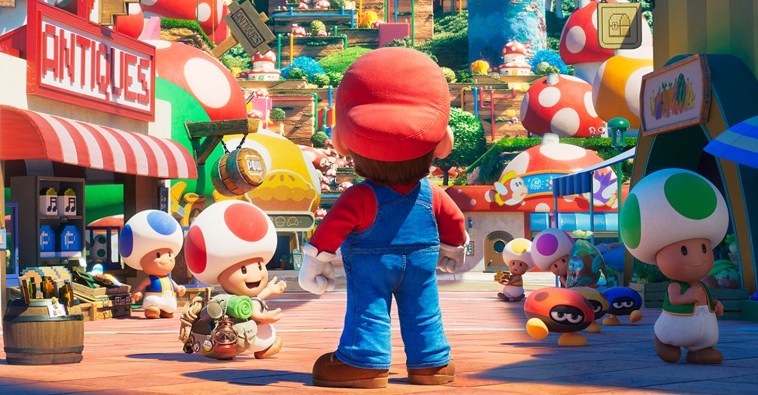 Nintendo has announced a Nintendo Direct to reveal the first trailer for The Super Mario Bros Movie, setting a date of Thursday, October 6 at 4:05 p.m. ET / 1:05 p.m. PT — just after the trailer is first revealed at New York Comic Con on that same day. Nintendo and movie studio Illumination have also shared the first poster for The Super Mario Bros. Movie, featuring what seems to be a beautiful Mushroom Kingdom. The Mario movie Direct will not feature any information about games, but that shouldn’t be a problem. Fans have not-so-patiently waited to see what the film will look like since its announcement, but the wait got even more difficult as we learned about its cast and how it stars Chris Pratt as Mario. While we wait a couple more days to see that first trailer, you can see the Super Mario Bros Movie poster below.

Joining Pratt’s already controversial take on Mario are more strange casting choices, such as Charlie Day as Luigi, Anya Taylor-Joy as Princess Peach, Jack Black as Bowser, Keegan Michael Key as Toad, Seth Rogen as Donkey Kong, Kevin Michael Richardson as Kamek, Fred Armisen as Cranky Kong, and Sebastian Maniscalco as Spike. The whole list sounds like a fever dream, but it is indeed the confirmed list of cast members.

Hopefully, we’ll have a better understanding of what each character will sound like when the Super Mario Bros Movie trailer premieres later this week at New York Comic Con and then the Nintendo Direct. Maybe each character will sound natural… or maybe not. Who knows? The Super Mario Bros Movie will arrive in theaters on April 7, 2023, following a delay.