With the benefit of hindsight, 2012 as a year in film reveals itself as a year of sure things. While nothing can ever be certain, the recently-concluded year’s crop of big ticket movies were overall what you could call “safe bets.” Steven Spielberg directing Daniel Day Lewis as Lincoln? Yeah, that was pretty much guaranteed to be pretty good. Christopher Nolan wrapping up his Dark Knight trilogy? So long as you weren’t expecting it to top the previous one, you had to know that was going to shake out alright. Peter Jackson coming back to Middle Earth for The Hobbit? 17 total Academy Awards add up to safe money – an ironic comparison, considering the massive risk that the original Lord of The Rings trilogy was.

Speaking of risks, 2012’s biggest smash, The Avengers, was a big one that the huge Marvel Studios machine had to take in order to justify its existence, and to be judged purely on its own merits, the question tended to be less “Will this be good?” and more like “How good?” By contrast, 2013 is a year where almost every major movie – certainly those most prominently on my radar – are walking around under the shadow of gigantic question marks. Here are some of the biggest:

The Movie: The remainders of the recently decimated G.I. Joe team must lead the counterattack after Cobra takes over the U.S. Government and threatens the rest of the world with obliteration.

The Problem: Wasn’t this already supposed to be out?

I actually really liked 2009’s notoriously troubled, critically derided G.I. Joe: The Rise of Cobra, which made surprisingly decent bank that year despite limping into theaters under rumors of panicked executives, editing battles and a strike-hobbled screenplay. But even action aficionados and/or fans of the action figures that spawned the franchise who weren’t on board with the original had to be at least a little excited for this sequel, which promised an infusion of more reliable action stars (Bruce Willis and The Rock, mainly) and a design aesthetic that hewed more closely to the original comics/cartoons. And then there was that first teaser trailer, featuring a shot of the Cobra Flag being raised over The White House.

Yeah, this was looking good.

Then … something happened. With the film only weeks away from its intended late-2012 release and its merchandise already on store shelves, Paramount got cold feet and yanked the film from its schedule. The official story? They wanted to post-convert it into 3D. The real story? We may never know. Rumors have included everything from fights between studio bosses and director John M. Chu to a mad rush to re-write and expand the role of Duke (supposedly sidelined or even killed in the original cut) in the wake of Channing Tatum’s leap to the A-List after 21 Jump Street and Magic Mike. At this point, all anyone can seem to discern is that whatever for the second G.I. Joe finally takes, it’ll be a different animal than whatever it was originally meant to be – for better or for worse.

The Movie: While coping (apparently not well) with the fallout from his life-altering experience alongside The Avengers, Tony Stark finds himself in conflict with mysterious terrorist The Mandarin.

For five years, every Marvel Studios project (including the first two Iron Man movies) came with the caveat that, whatever you thought of this or that individual movie, what you were seeing was also part of the buildup to the superhero epic to end all superhero epics, The Avengers. The question of whether or not smashing 4-5 different franchises together was going to work having been answered, the question now becomes what will become of the team’s component parts as they segue back into their solo vehicles to await the next big team-up.

Actually, what the question really becomes is whether or not audiences will still be as eager to follow Tony Stark through a smaller-scale solo adventure with the sight of him tearing up New York alongside gods and monsters still fresh in their minds. Compounding the issue is the inescapable reality that neither of the previous Iron Man movies have been full-on home runs. The first has a totally lackluster third act mitigated only by Nick Fury’s conversation-changing cameo, while the second spends its second act on narrative wheel spinning that only felt quasi-necessary because of its piecemeal Avengers world building.

To succeed, Iron Man 3 will have to be both better than either of its predecessors (since “this is just a warm-up act” is no longer an excuse) and offer fans an experience they can’t just get by staying home and watching their Avengers Blu-ray again. 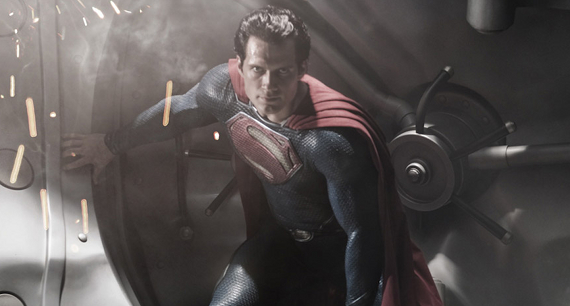 The Problem: Is this too big a job, even for Superman?

Superman has been a tough nut to crack, cinematically, for decades now. Bryan Singer’s odd but well-intentioned Superman Returns didn’t turn into the franchise-reviving smash it wanted to be, and tales of disastrous doings in the production of Superman movies are numerous enough to fill a whole book. If nothing else, this one ought to look spectacular, since Snyder has a nigh-supernatural skill for transposing comic book panels into live action tableaus.

Unfortunately, the rest of the project still seems to be laboring under weighty expectations. Warner has been chronically unable to make anything usable out of their DC comics stable other than Nolan’s Batman, and whether or not that particular approach is going to work for Superman is anybody’s guess. And that’s to say nothing of the fact that WB is placing the future of its entire prospective comic book movie universe onto this film’s shoulders. It’s widely speculated that Man of Steel is being positioned to launch the Justice League franchise … and with it the entire next generation of DC superhero movies.

The Movie: In the near future, a team of specially-trained warriors pilot gigantic humanoid robots into battle against an army of giant monsters invading Earth via an interdimensional portal in the Pacific Ocean.

The Problem: Is anyone going to see this?

Guillermo Del Toro is present-day Hollywood’s great iconoclast; celebrated as much for his Spanish language arthouse hits as he is for his mainstream genre flicks along with being beloved by both fanboys and critics in equal measure. What he’s never really had is an unqualified mega-success to call his own – at the end of the day, even his popular Hellboy movies were only modest hits.

By now, he was supposed to have hit paydirt: He was Peter Jackson and company’s original choice to helm The Hobbit, but bowed out during a nightmare period of studio shakeups. He was supposed to turn H.P. Lovecraft’s At The Mountains of Madness into a Tom Cruise-starring horror blockbuster … but then the studio got cold feet. Supposedly, Rim has its bankrollers so excited that they’re already clamoring to back a sequel, but the fact is a movie of this size based on a wholly original idea (i.e. there’s no built-in “franchise” audience here) is a rarity for a reason these days.

If this one hits big, it could change the course of a blockbuster landscape currently dominated by licensed adaptations and sequels – and maybe even reshape the career of its creator in the process. If it doesn’t … well, that won’t be good for anyone involved, to put it mildly.