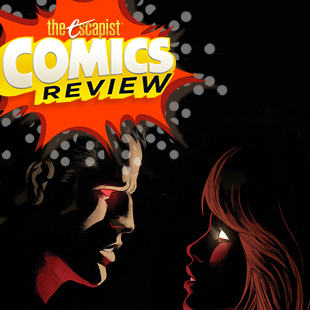 The Valiant Universe comes together to fight a threat as old as time, and hopes to bring new readers along for support.

There are a few unspoken rules to be expected when it comes to comic books. One of these is that, when your books need a boost in sales and hype, it’s usually time to throw everyone together in some sort of massive “universe ending” or “multiverse spanning” event. Good, bad, or indifferent, these events usually expose readers to characters they might not otherwise pay much attention to, and set-up some sort of aftershocks, affecting the course of things post-“crisis” and giving the whole lineup a shot of adrenaline to the chest. It’s not just the Big Two that use this playbook though. Case in point: The Valiant, a new four part series from Valiant Entertainment beginning next month.

The Valiant is meant to bring together the heavyweights of the Valiant Universe, to introduce new characters and new titles (part of the upcoming “Valiant Next” line) as a jumping on point for new readers while still piecing together an epic tale … all within the confines of a four issue miniseries. The biggest problem facing The Valiant, at least as far as this first issue goes, is that the story already seems to be straining under the weight of its own scope. 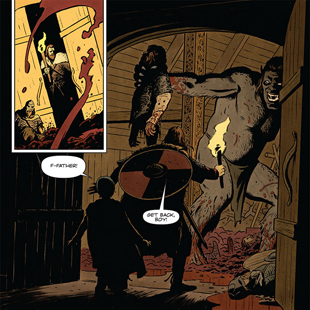 After all, the Valiant Universe includes everything from a trio of immortal brothers, a time-displaced Visgoth warrior in a sci-fi alien suit of armor, a British ninja working for MI6, a nanite enhanced super soldier, and a former PR rep for a corrupt company who has suddenly Earth’s chosen protector. It’s a lot to take in for new readers. And while The Valiant tries hard to keep new readers up to speed through deft use of exposition, you can’t help wondering if there’s going to be enough space to fit in a “Who’s Who” of the Valiant Universe without detracting from the overall story.

At the center of The Valiant is a centuries old battle between Gilad Anni-Padda (a.k.a. the Eternal Warrior) and an entity known only as “The Immortal Enemy”. At different points throughout history, the Immortal Enemy has hunted the Geomancer, the chosen defender of Earth, of that era. Each time, Gilad has been there to try and protect the Geomancer, and each time he failed. With the death of each Geomancer, humanity was plunged into a new Dark Age. Flash forward to the present day, and the Immortal Enemy is gearing up once again with its sights set squarely on Kay McHenry, the latest Geomancer. This time, though, Gilad won’t have to face the Immortal Enemy alone. In true comic crossover style, plans have been set in motion to bring together the biggest heroes of the Valiant universe in order to defeat the Enemy and stop the birth of a new Dark Age.

Jeff Lemire (DC’s Green Arrow) and Matt Kindt (Dark Horse’s Mind MGMT) try to lay down the foundation for the miniseries, but after spending a full third of the book to outline Gilad’s past failures against the Immortal Enemy, there’s just not enough room left to build any momentum. Scenes shift so fast, it’s hard to keep from getting a bad case of whiplash. By the end of the book, you’re left asking “What just happened?” instead of “What happens next?” 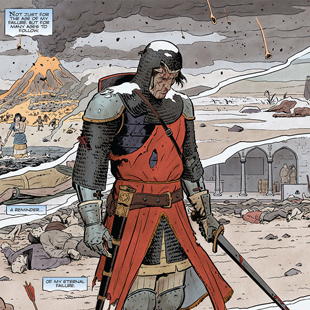 Without a doubt, the highlight of the book is the art, courtesy of former Daredevil and Mythos artist, Paolo Rivera. The Eisner Award winner makes every page and panel pop with crisp, clean visuals packed with detail. Rivera’s first spread on the title page is a perfect example. The singular image of Gilad’s trek through a Dark Age he failed to prevent, the pain in his face and the defeat in his stance, does more to foreshadow the scope of the battle ahead than any lines of dialogue ever could. Best of all, the art is consistent throughout, regardless of where the story leads. Whether it’s Gilad’s first meeting with the Immortal Enemy in ancient times, Bloodshot’s hi-tech battle against mech-wielding soldiers, or even just a bit of dialogue heavy exposition, Rivera ties everything together seamlessly and giving the story more of an majestic flavor akin to The Lord of the Rings saga, as opposed to the usual “Hey, let’s throw all of our characters together and make a quick buck” vibe that most comic crossover events have.

The Valiant looks great and the characters are more than just cookie cutter stereotypes. There’s a lot of potential with the story Lemire and Kindt are trying to put together, but with just four issues to get all the pieces of the puzzle in place, there’s not much room for The Valiant to stall or drag its feet. Still, with the set up in place and the upcoming launch of Valiant Next, this could be the perfect time for new readers to jump into a universe of heroes that doesn’t belong to DC or Marvel.

Bottom Line: The Valiant #1 gets off to a bit of a slow start, but (too?) quickly works to build momentum. If the writers can find their stride with the rest of the story’s pacing, and if Rivera’s artwork continues at this level, the latest battle against the Immortal Enemy could end up being the just shot of adrenaline Valiant needs to steal the spotlight from the competition.

8 Games From The 90s You Should Have Played

Avengers #41 Cover is an Exact Copy of an Earlier Comic