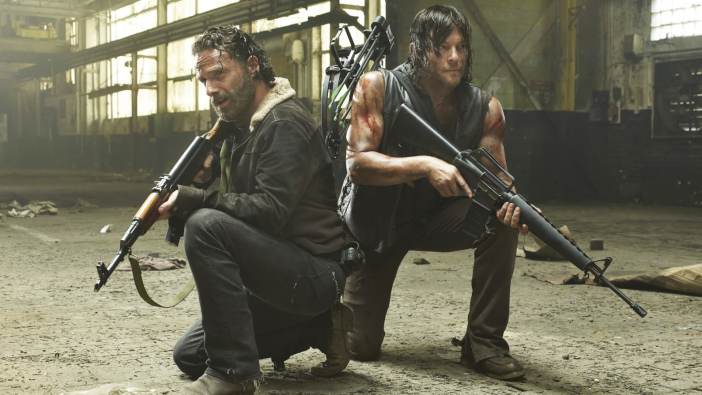 AMC has announced that The Walking Dead has been renewed for an 11th and final season, marking the conclusion of one of the most successful TV shows in history. Season 11 will consist of 24 episodes and will air across two years, though when it will begin is unknown at this point. The series finale will debut sometime in 2022. Despite the conclusion of the main show, AMC also announced not one, but two spinoff shows that will continue the legacy of The Walking Dead.

First, an untitled series starring Daryl and Carol has been greenlit and is scheduled to air sometime in 2023. We don’t know much else about this spinoff series, but we do know Norman Reedus and Melissa McBride will reprise their roles as the fan-favorite characters. Series Chief Content Officer Scott. M. Gimple is also hard at work on an anthology series called Tales of the Walking Dead — focusing on self-contained stories featuring new and existing characters from the universe.

Even though the main series will be ending in two years, there are plenty of stories in The Walking Dead universe to look forward to. This fall, we’ll see the return of Fear the Walking Dead and the two-season limited series The Walking Dead: World Beyond — followed by a trilogy of films centered around Rick that are currently being developed. Suffice to say, this is not the end of The Walking Dead, by any stretch.

I look forward to digging in with our brilliant writers, producers, directors, cast and crew to bring this epic final chapter of Robert Kirkman’s story to life for our fans over the next two years. The Walking Dead flagship series has been my creative home for a decade and so it’s bittersweet to bring it to an end, but I could not be more excited to be working with Scott Gimple and AMC to develop a new series for Daryl and Carol. Working with Norman Reedus and Melissa McBride has been a highlight of my career and I’m thrilled that we get to keep telling stories together.

There is also a new trailer for World Beyond, which premieres on Oct. 4.