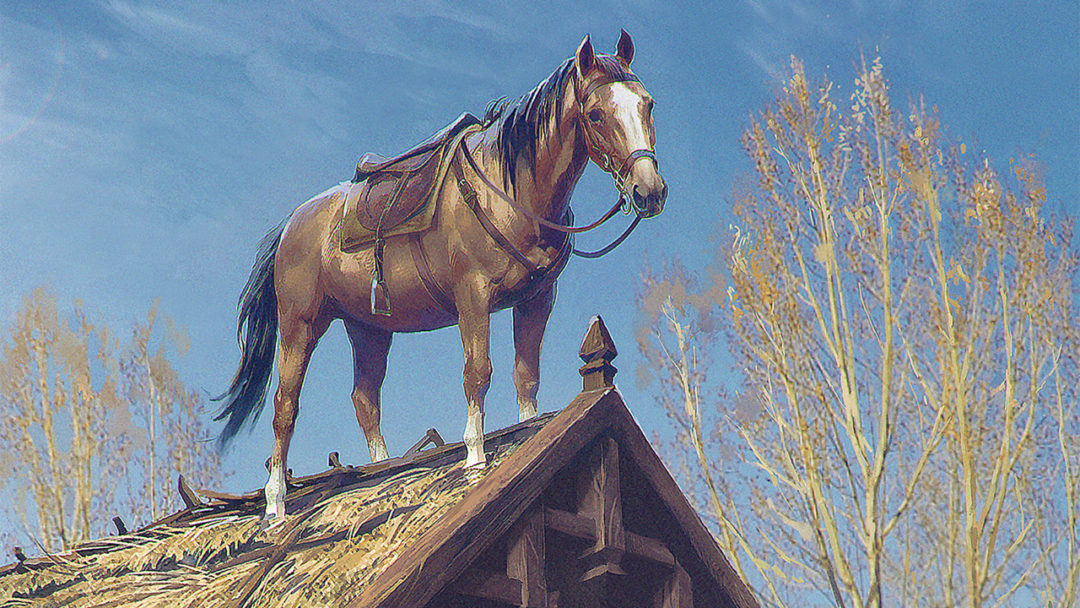 Lauren Schmidt Hissrich, showrunner of Netflix’s upcoming adaptation of The Witcher, has revealed what we’ve all been waiting for: the horse.

Yes, Geralt of Rivia, Yennefer of Vengerberg, and Princess Cirilla are all well and good, but it’s about time we got a look at the titular witcher’s closest friend and most loyal companion, Roach. Named for the freshwater fish rather than the resilient insect, players of CD Projekt Red’s Witcher games will remember Roach for her loyalty, punctuality, complete inability to follow a simple path, and tendency to appear in bizarre locations when summoned.

In a follow-up tweet to the reveal, Hissrich teased, “Squint and you’ll see something else in this picture. Go ahead. Look hard.” She’s likely referring to the wolf head-shaped sword pommel just barely sticking out from Roach’s left shoulder. If this is what it appears to be, it would mean that Netflix’s Geralt will keep his monster-slaying silver sword with his horse, like he does in Andrzej Sapkowski’s original books, rather than on his back, as he does in CDPR’s games.

Particularly eagle-eyed viewers might notice star Henry Cavill’s eyes looking a little strange too. This might be the stealth reveal that Netflix’s Geralt will indeed have the yellow cat eyes he gains through witcher mutations in both the novels and games.

The team behind Netflix’s The Witcher will make an appearance at San Diego Comic-Con this weekend, where they are expected to announce the show’s release date. The Witcher 3: Wild Hunt is coming to the Switch later this year.