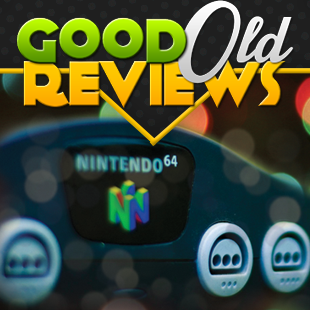 There’s nothing better than getting a brand new console on Christmas morning. What happens though when that big box under the tree contains something else?

I am not the most Christmas-loving of people. I enjoy the actual day well enough and am never one to pass up an opportunity to buy (or receive) presents, but there’s a lot about the season that annoys me. The aggressive shopping crowds, the constant push to be cheerful, the overzealous missionaries who decide this is the perfect time to knock on my door for a bit of unsolicited preaching; the ever-presence of these annoyances during the month of December tends to leave me a bit on the cranky side.

If there’s one thing that really gets to me though, it’s the music. A man can only take so many songs filled with sleigh bells before his sanity starts to slip. Worse than those are the holiday songs aimed at making me feel guilty about my lot in life. These are the worst, not just because of how condescending they are, but also because of how well the stupid things work on me. I don’t sit around all day weighed down by guilt over the fact that I have a house, a big TV, and a fridge full of food. That said, whenever I hear a song about starving third world children, I can’t help but remember that time back in 1997 when I threw a complete shit-fit because I didn’t get a Nintendo 64 for Christmas.

It had been something of a rough year for my family. My parents had gotten divorced the year prior and Christmases became something of a mess as my Mom and Dad went through the awkward process of figuring out how to share the day. My concern at the time, however, was less with the broken status of my family and more with getting my hands on a Nintendo 64.

I had been a bystander for most of the 16-bit generation, only ever getting to play the Sega Genesis and Super Nintendo when I went to friends’ houses or my family decided to visit my uncle. So, when the 3D consoles began to land, the Nintendo 64 became something of a holy grail for me. I wanted it more than I can recall wanting anything else in my entire life and, as the months wore on after its release, I became consumed with having one of my own. So when Christmas drew near, I asked my Dad to get me one. His response was one that would eventually live in my own personal infamy: “We’ll see.”

Based pretty much on nothing, I decided that “we’ll see” was just a “yes” in disguise. In my head, I was getting an N64. It wasn’t even a question. It was happening, and in the months following (I was kind enough to ask in October so he could save up), I lived out my days happy with the knowledge that I would soon have my hands on my very own state-of-the-art gaming machine. My certainty was only made worse when a Nintendo 64-sized box appeared beneath my Dad’s somewhat lopsided tree. “There it is,” I said to myself. “The greatest gaming machine that will ever be, soon to be yours.” 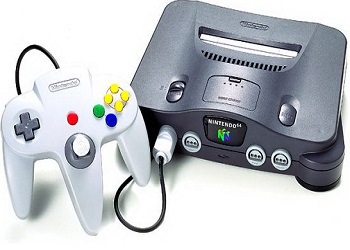 Christmas morning finally arrived and, after opening presents at my Mom’s (I got a SNES!), we drove to the Canadian border where my Dad was waiting to deliver me to my long-awaited prize. My excitement was palpable, but I managed to play it pretty cool for the drive home and the initial gift-giving. I didn’t go straight for the big box; I took my time and allowed me and my sister to work our way through the smaller gifts that he’d bought for us. And he picked some good stuff too. When I opened up Red Baron and Betrayal at Krondor, I remember thinking they looked cool and that it’d be fun to try them later on my Dad’s PC.

With the small presents out of the way, it came time for the main event. I approached my biggest gift, practically trembling with anticipation. Picking it up, I couldn’t help but notice that it weighed just as much as the N64 boxes in the stores. If I’d hand any doubts before that moment, they were completely dispelled. I ripped open the wrapping paper, grinning like a fool.

The box inside was white. For a moment I stared at it in confusion wondering why my N64 was inside this nondescript box instead of the vibrant multi-colored ones I’d seen at the mall. Slowly and barely breathing I lifted its cover. It was a pair of ice skates. “Now son…” My Dad began. I can’t remember the words that followed. It was like all the sound had drained from the room. For months I’d been dreaming of this moment. I’d imagined it down to the finest detail; the way it would feel to lift the console from its box, the feel of the three-pronged controller in my hands and the click of its power switch as I powered it up. Ice skates, I thought. The son of a bitch got me ice skates. 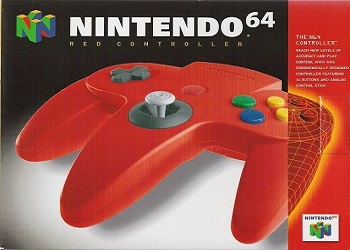 I held it together for a little while. In the least, I was able to nod and “uh-huh” my way through my Dad explaining how an N64 was too expensive and that it was something that would have to wait. At some point though, I snapped. I can’t remember what the breaking point was and, honestly, it doesn’t really matter. What matters is the fact that I, a ten year old boy who had just gotten a Super Nintendo, two PC games, and a bunch of other nice things for Christmas, exploded at my father like a two year-old throwing a tantrum in a cereal aisle.

To describe my Dad as surprised would have been a profound understatement. I’d had my moments before, to be sure. I wasn’t the most horribly spoiled kid in the world, but I’d always been a bit sensitive and prone to dramatics. This, however, was an entirely different level of freak out. This wasn’t me tearing up a bit because I’d gotten knocked out in mum ball. This was me screaming at him in a fit of pure rage. Every hateful thing I could think to spew at him I did. I went out of my way to hit him with every nasty insult and accusation that my young mind could come up with.

And I still regret it seventeen years later. Nothing else I did as a child has left me feeling guiltier.

To be fair to myself, I do think there are mistakes that my Dad made. Even if I made the wrong assumptions about his “we’ll see” response, I do believe he could have been more direct with me. This wasn’t something I asked him about once and then never spoke of again. I expressed on multiple occasions in the run-up to Christmas how excited I was about the Nintendo 64 and how much I wanted one. If he couldn’t get me one, I probably would have handled my disappointment better if he’d just told me “no” and didn’t let me get my hopes up.

It might just be hindsight, but I also think there was more going on in the background that I wasn’t thinking about at the time. I love my Dad and I wouldn’t wish for anyone else to be my father. The thing is, I spent the better part of my childhood pretty much convinced that he would have been happier with a different son. He and I just never had very much in common. He grew up with a love of the outdoors and being active. My grandmother could write a book about all the insane and stupid things he did playing outside. 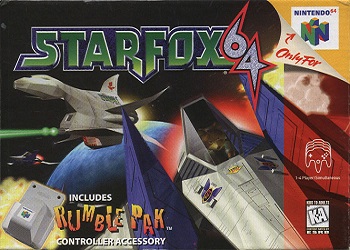 I was almost the complete opposite; shy and something of a shut-in. And while he would later tell me I was wrong, I frequently felt like I as a letdown to him. He would never have said anything to me directly, but I could see the disappointment on his face every time I’d rather play a video game than go on some adventure in the woods or go for a bike ride. To be given ice skates instead of my Nintendo 64, whatever legitimate reasons he might have had, probably felt like another jab from a man that I already suspected didn’t like me.

None of this, of course, excuses how I acted. Not getting a new video game console was far from a tragedy. And while I felt completely justified in my outrage back then, it’s still hard for me to look back on it without feeling ashamed. What’s hardest for me is how cruel I was to my Dad. My parent’s divorce hit him hard, and I’m pretty sure the last thing he needed, even a year later, was his son screaming at him on Christmas over a Nintendo. I look at my own daughter now and I can’t even imagine how heartbroken I’d be if she were to treat me with the sort of contempt that I treated him with.

The kicker of it all is that he eventually got me a Nintendo 64. When we tried to install the games he bought me for his PC, we couldn’t get them to work. So, a few weeks after Christmas, we made a trip out to Toys R Us to return them and get some store credit. I, still feeling righteous and indignant, spent the entire visit camped out in the video game section looking at the N64s. He saw what I was looking at and, with a sigh, told me I could have one if I forfeited my allowance for the next year. I went home that day with a console and copy of Star Fox 64. A month later our house was broken into and both were stolen. Remember that the next time you think there’s no justice in the universe.

Come back next week for Marshall Lemon’s review of Beyond Good & Evil! In the mean time, feel free to PM us comments and suggestions for future reviews!