2011 has come to a close, 2012 lies ahead, insert your own joke about the stupid Mayan Apocalypse nonsense here.

Zack Snyder is not an auteur … yet

I’m an unashamed booster of director Zack Snyder, even though he’s only made one really, really good movie with Watchmen. He has a great eye for style, an appealing “yeah, we can film that!” boldness and seems to prefer innately-cinematic shot-composition over the hyperactive over-editing that plagues so many of his contemporaries. Best of all, despite his decision (thus far) to wallow in the realm of high-concept genre fare, he’s that rare action director who wants to build his films around not just setpieces but ideas.

Unfortunately, what he doesn’t seem to have yet mastered is translating his own ideas to the screen.

His Sucker Punch – a self-written passion project that Warner Bros. supposedly greenlit to keep Snyder happily in the family (he subsequently took the reins of the embattled and legally-deadlined Superman reboot) – is one of the strangest and most ambitious genre films put out by a major studio in a long time; a multi-layered, reality-warping action film with a predominantly female cast and subversive hook only hinted at by the title: it aims to lure the gazes of unwholesomely minded male fans with the promise of fetish-doll fanservice … only to smack them in the jaw with the realization that the sleazy, slimy, groping, girl-exploiting creeps depicted in the film are supposed to be them.

That kind of poke-the-audience subversive satire is always a hard sell – just ask Paul Verhoeven, who hit a similar wall when critics mistook his brutal satire of fascist war movies, Starship Troopers, as an endorsement of the same. But it doesn’t help when the movie itself doesn’t totally work. Sucker Punch is a noble effort and a fascinating experiment in male-gaze self-criticism (some would say to the point of outright misandry)… but it’s dazzling visual imagination and well-meaning new feminist empowerment fantasies are somewhat obscured by a dreams-within-dreams narrative that doesn’t totally make sense and screenplay that can’t seem to put it’s big ideas into words.

Granted, I’ll take a movie that slips up while aiming high over one that doesn’t take any chances; and just as I’m confident the film will be rediscovered by audiences who won’t just dismiss it as being the kind of empty peep-show spectacle it’s actually attacking, I’m confident Snyder could well emerge as a storyteller/director/producer triple-threat at some point … he’s not quite there yet. That said, I still very much liked the movie, problems and all.

Ryan Reynolds is not a movie star … yet

Poor Ryan Reynolds. Classically handsome, a gifted comedian and a solid dramatic actor when called upon, he should be a major movie star by now – the kind of guy who should be getting tapped for all the plum leading roles and able to open a film to blockbuster success just by appearing in it.

But he isn’t, not yet anyway… and his (professionally) crummy 2011 isn’t going to help.

This was supposed to be his breakout year, with Green Lantern and The Change-Up both opening with big marketing pushes. Two lead roles in the two biggest genres of the moment (a superhero actioner and a raunchy comedy, respectively) tailored to showcase his broad range of talent? What could possibly go wrong? Well, both movies could open to horrible reviews and bomb spectacularly, for one.

We’ll talk more about Green Lantern in a moment, but the plain fact is Summer 2011 was pretty-much a washout for Reynolds’ rising star. It’s too bad, because he’s a good actor and certainly deserves the kind of box office clout that similar leading man types like Matt Damon or Tom Cruise can command … but it just hasn’t happened yet. 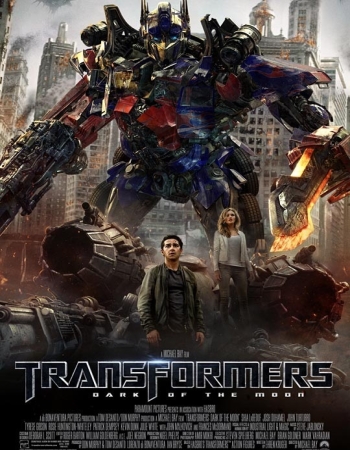 Michael Bay is better in 3D

No force on Earth could’ve made Transformers: Dark of The Moon anything other than a regrettable disaster – the kind of movie that one day today’s generation of young moviegoers will hang their heads in shame over the way my parents’ generation did about Love Story. But it did offer up an enlightening realization: Shooting in 3D … actually made Michael Bay a better filmmaker.

More than almost any other director playing at his (financial) level, Michael Bay is afflicted by the inexplicable need to spoil his own technically-proficient setups with too many camera moves and too much frenetic editing. But the 3D cameras used on this film, with their bulky mechanics, can’t be moved quite as much… and 3D shots, requiring time for the human eye to adjust to the additional depth, can’t be cut nearly as fast. The result is, well, still a pretty terrible movie; but a terrible movie with the most coherent action Bay has put together since the first Bad Boys movie.

Now, if only there was a way to attach heavy mechanical weights to bad screenplay-writing he might really turn into something…

Superheroes are not invincible …

2011 was a year that movie lovers who were also comic-book fans probably thought they’d never see: four big budget costumed crimefighter epics in the span of a few months? Based on once thought hard-to-sell characters like Thor, Captain America, Green Lantern and a pre-Wolverine 60s X-Men?? Well, it happened… thanks to Hollywood’s faith that right now, superheroes are always a sure bet …

… as it turns out, not so sure after all.

Green Lantern – massively hyped with trailers and magazine covers a full year in advance, was the would be blockbuster failure of the year. Savaged by critics, despised by fans and ignored by audiences; it had already entered the pantheon of legendary studio busts by its second week of release.

Exactly who convinced Warner Bros. to spend this much money on such a relatively obscure character, along with whose idea it was to use this godawful script or those eye-poppingly bad effects, will be the subject of industry discussion for years to come … but the immediate effect is that the “anything in a cape” greenlighting mentality has taken a major hit on this one – which unfortunately means that some other iffy comic based project will pay the price for Lantern‘s sins.

… But; superheroes are not going anywhere, either

In previous times, a crash and burn like Green Lantern would’ve been enough to scuttle the entire genre – that’s what happened after Batman & Robin, after all. But so far, the only thing that seems to have actually been hurt by Lantern is Ryan Reynolds.

Marvel’s final two Avengers lead-ins, Captain America and Thor, both did gangbusters boxoffice and opened to positive reviews. X-Men: First Class – rushed into production at Fox to avoid ceding the movie rights back to Marvel – was a prequel that I called the best of series … and I wasn’t alone. The debut trailer for The Avengers itself was the most downloaded movie-preview on the web for months; until it was overtaken… by the trailer for the next Batman movie. Warner Bros. is doubling-down on Christopher Nolan and Zack Snyder’s Superman reboot, The Man of Steel, while Sony is going back to the well on Spider-Man. To cap it all off; Marvel Films announced their intention to start up (at least) four to five more franchises based on its characters in addition to more Avengers sequels, the further big-screen (solo) adventures of Iron-Man, Captain America, Thor and TV series featuring Jessica Jones and The Hulk.

The writing is on the wall: The superhero fad … doesn’t seem to be a fad. For better or for worse, comic-book vigilantes have become to the mainstream pop-culture and Hollywood especially what Westerns were in the 50s and 60s: The default genre setting for escapist action. And it doesn’t look like we’ll be getting rid of them any time soon.

It is still possible to be awestruck by a movie trailer

Avengers? Pretty big deal. Batman? Fingers crossed. Peter Jackson – and damn near everyone else – taking us back to Middle Earth? That’s the one to watch for in 2012.