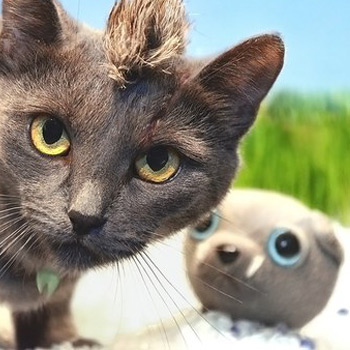 Have you ever wondered what Vaas would look like if Far Cry 3 was developed by cats?

When Far Cry 3 was released in 2012, the game’s psychotic antagonist instantly became one of the most recognizable villains in gaming, so it was only a matter of time before the internet’s obsession with cats caught up with Vaas’s famous face. Actually, I’m surprised that it took this long.

The images were originally posted on Reddit by Lisova’s boyfriend who has been fastidiously defending her in the comments. Apparently, some Redditors aren’t impressed with pet-based cosplay.

Something tells me that Lisova’s cat agrees with them.