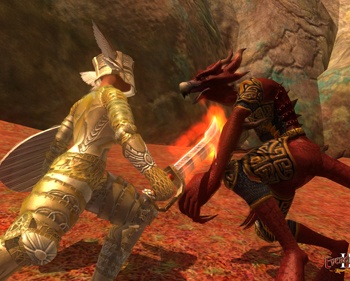 Haul yourself out of your Halloween candy-induced sugar coma, it’s time to fire up the time machine and see what was happening in gaming history the week of November 2 through November 8.

In industry news, on November 7, 2005 Take-Two Interactive Software announced the acquisition of Firaxis Games, home of the Civilization series. Electronic Arts later proposed a takeover of Take-Two (which had entirely more to do with the impending release of Grand Theft Auto IV than Civilization). Take-Two said “thanks, but no” in a strongly worded statement earlier this year while fending off EA’s hostile takeover bid. It also left Firaxis (and by extension Civilization) firmly in the hands of Take-Two for the time being.

Electronic Arts is no stranger to shaking things up and taking things over, but sometimes a bit of trimming comes in handy. After confirming rumors of a “small and somewhat routine” restructuring in October, early November 2007 saw the announced closure of EA Chicago, bringing an unusual twist to the words “small” and “routine”. Home to Def Jam, the Fight Night series, and home to a potential Marvel fighting game, more than 150 employees were impacted. EA Chicago started life in early 2004 as the giant corporation swallowed sports game developer NuFx whole after collaboration on at least a dozen titles and moved the Illinois developer into the city. The Marvel fighting game planned for EA Chicago was simply abandoned rather than reassigned (Fight Night later surfaced in the hands of EA Canada), and the EA/Marvel partnership finally crumbled in early 2008. 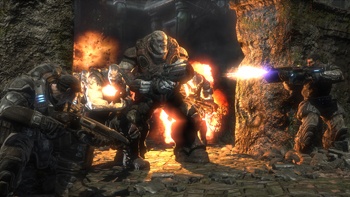 From the rubble of EA Chicago, former General Manager Kudo Tsunoda was swiftly scooped up by Microsoft Game Studios, putting those epic skills to use for Gears of War. Most recently, he was seen discussing the now imminent release of Gears of War 2. Two years ago, it was Gears of War making the headlines for the week. Gears of War, while noted for being a bit light on story, received all around praise from critics upon release. The game was also the first console game to use Epic Games’ Unreal 3 engine. The title reached triple platinum status within the first ten weeks of release and stole the mantle of most popular title on the Xbox Live service away from 2004’s hit Halo 2. The Gears of War universe has since branched out into novels, collectable armor, comics, and action figures. The 2001 cover of Tears for Fears’ 1982 single “Mad World” by Michael Andrews and Gary Jules experienced a surge in popularity on iTunes after a short sample of the haunting and solemn tune accompanied the award winning Gears of War television ad.

Next week, “This Week In History” will take a look at the release of Halo 2 and several other history making news items for the week of November 9 through November 15.

The cover of “Mad World” was actually created for the film Donnie Darko, a film that researcher Nova Barlow didn’t end up seeing until last year.