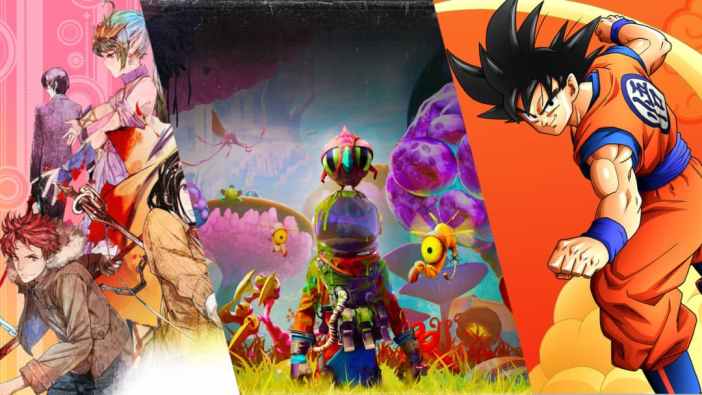 2019 was a great year for gaming, but now is the time for 2020 to shine. Join OnlySP as we take a look at three single-player games to keep an eye out for in January 2020.

The Dragon Ball franchise has had pretty fine exposure to English-speaking anime fans this century — thanks to Dragon Ball Z especially. Last year, however, Dragon Ball fervor went into overdrive: The English adaptation of Dragon Ball Super reached its end, the excellent Broly movie was a box office success, and the phenomenal Dragon Ball FighterZ was a hit.

Dragon Ball Z: Kakarot seems poised to take advantage of this surge. Kakarot comes from the developer of the popular Naruto: Ultimate Ninja Storm series and Asura’s Wrath, CyberConnect2, and combines several genres into a promising and polished anime tie-in.

As an action RPG, the title combines the behind-the-back arena fighting mechanic seen in Ninja Storm and other Jump series with character progression and open-world exploration, including hunting, fishing, and unlocking new abilities. The game follows several story arcs of the Dragon Ball Z series, though as a fleshed out RPG world, plenty of non-canon sidequests are available to partake in.

Though not as mindbogglingly pretty as FighterZ, the title’s cel-shaded graphics are much better than 2019’s inexplicably bad Jump Force. As last year’s One Piece: World Seeker or 2018’s Dynasty Warriors 9 both attest, the current trend of Japanese series going open world has seen mixed success. With CyberConnect2’s pedigree, Kakarot hopefully has a much better chance of being a fun mainstream entertainer as well as a treat for Dragon Ball fans.

The original release of Tokyo Mirage Sessions was a beautiful, deep, quirky Shin Megami Tensei (SMT) spinoff that combined the Tokyo setting and RPG gameplay of SMT with “mirage” characters crossed over from the Fire Emblem franchise. In 2020, that might sound like a slam dunk, given the impressively high profile of both series — unfortunately, Tokyo Mirage Sessions released in 2015 on the floundering Wii U.

Now, the title has a second chance with an updated Switch re-release that includes mirages from more recent Fire Emblem releases. With a colorful and imaginative young adult story, (The original release made use of the Wii U gamepad to simulate text messaging.) Tokyo Mirage Sessions has the potential to tide over both SMT fans eager for SMTV and Nintendo fans waiting for any news of Persona ports.

Journey to the Savage Planet

Though it lacks the wide appeal of Dragon Ball or the die-hard audience of a JRPG, Journey to the Savage Planet has plenty to recommend itself with. Comedic and first-person, the tone of Savage Planet fits somewhere in-between the satirical humor of The Outer Worlds (or the original Ratchet & Clank) and the retro-camp of The Deadly Tower of Monsters.

Akin to No Man’s Sky, Morphite, or Astroneer, the adventure is focused less on combat and more on exploration, scanning, and crafting. However, unlike those procedurally generated planets, some with complex survival mechanics, Journey to the Savage Planet is more laid back and takes place on a single handcrafted world. Thanks to this more bespoke development style, the title has distinctive and detailed graphics and a tight main adventure — more for the traditional Zelda set than Minecraft fans.

Journey to the Savage Planet might not be the next Metroid Prime, but even at an indie budget it seems like a promising action adventure with a mysterious and funny world to discover.

January is a bit of a thin month for releases overall, without many confirmed releases beyond remasters and ports. Oddworld: Stranger’s Wrath HD hits Nintendo Switch on Jan. 23, followed the next day by the Kingdom Hearts III DLC, “ReMind.” On Jan. 28, PC players get the remaster of Warcraft III, and PlayStation 4 and Xbox One players finally see a port of Pillars of Eternity II: Deadfire — Switch players will have to wait a little longer for that one. On the other hand, indie RPG Skellboy is currently set to release on Switch on Jan. 30.

Let us know in the comments which games you are looking forward to, and have fun until next month’s Three Single Player Games. In the meantime, you can join in the discussion on the OnlySP community Discord server.