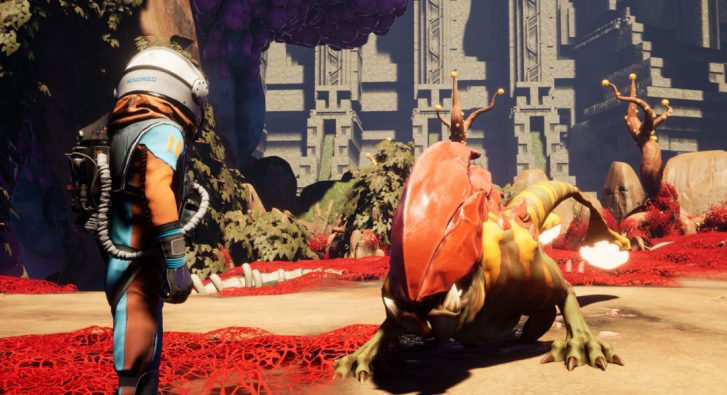 As the old gaming adage says, it’s dangerous to go alone. As such, when you fire off into space for Journey to the Savage Planet, developer Typhoon Studios has announced you’ll be able to do it in co-op mode when the game releases on Jan. 28, 2020.

The first-person adventure game will allow for two-player co-op as you explore an alien world and experience a tongue-in-cheek quest to save humanity by establishing a new colony. The game isn’t built specifically to require multiplayer though, so players can drop in and out of co-op and play however they want. Journey to the Savage Planet is mostly planet exploration with adventure elements that allow you to unlock new areas as you upgrade your kit, but there is also an inviting element of comedy.

With the January release a little ways off still, it gives you plenty of time to make at least one friend willing to spend hours on end with you exploring a colorful alien planet. People who preorder the game will receive a digital Martin Tweed bobble head and a Kindred Aerospace Pistol Charm.

We were already pretty blown away by Journey to the Savage Planet at E3, which is why we sat down with the developer to dig into it deeper.