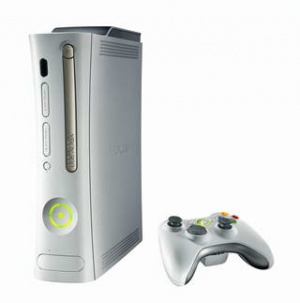 Poor Microsoft. They’ve been run through the ringer lately. Most recently, they announced that every single Xbox 360 sold has the same defect that can cause the unit to overheat and malfunction, rendering it permanently unusable.

They handled the problem well, though. Peter Moore, former Vice President of the Interactive Entertainment Business in the Entertainment and Devices Division of Microsoft, sent around an apology and a promise that all warranties would be extended to a full three years. It’s expected Microsoft will be shelling out $1 billion to fix the units over the coming years.

Unfortunately, that hasn’t been the only dark cloud to descend over Redmond. In May, they declared any Xbox 360 console with modified firmware would be banned from using Xbox Live, the multiplayer and content delivery network for the system. Any player trying to hook up to Live with a modified box receives an error code (Status Code: Z: 8015 – 190D), and a message telling them he’s been banned for violating the terms of use, and there wasn’t anything they could do about it.

On the one hand, if you’re approved to create games, you have the security of knowing your chances of getting pirated are lower than on the PC. PC games get cracked and distributed on torrent and P2P networks generally the day they’re released. Cracking a console game requires a little more finesse. While copying the games has become a relatively mundane task, the extra DRM on consoles prevents those games from being playable.

Thus enters modding and its very real connection with console game piracy. By modifying a console’s firmware, hackers can work their way around the console’s DRM.

There are, of course, many legitimate uses for modding outside of piracy. One of the most common is to allow games released overseas (but not here) to be played on any version of the console, kind of like hacking a DVD player to play discs from anywhere in the world. This commonly accepted practice has been going on since the industry began region-coding its consoles.

So what is the solution? Is there a happy medium between piracy and, as technologist Ed Felten puts it, the “right to tinker”?

Ultimately, the two are inextricably linked. For every person who wants to install Linux on a 360, another wants to play all those burned games he downloaded from torrent sites. And the cat and mouse game continues, with another update to the firmware that leapfrogged Microsoft’s banning decree.

The dance will continue unabated, it seems. But that’s how it always was and always will be.

Tom Rhodes is a writer and filmmaker currently living in Ohio. He can be reached through Tom [dot] Rhod [at] gmail [dot] com

Zombies and the White Man’s Burden