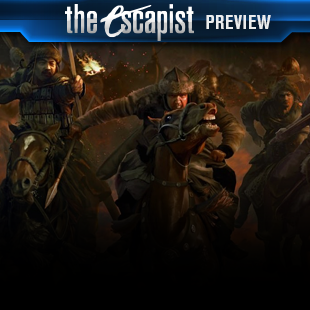 That’s the underlying theme of Total War: Attila. The upcoming strategy game from Creative Assembly, makers of the Shogun and Rome Total War games as well as last year’s Alien: Isolation, is set in a time period oft-overlooked. The crumbling of the Roman Empire around 400 A.D. is usually discussed by armchair historians as the ultimate effect of over-extension and moral decay. These don’t immediately strike a gamer as fun themes to explore, especially in a strategy game. In Attila, you don’t forge new empires by growing your influence or martial power; you hedge against the inevitable fall of civilization as best you can. Play defense, or perish before the hordes from the north and the east.

Before I get into my impressions after playing for a few hours, I want to offer a bit of a history lesson, but it’s not about barbarian invasions. Creative Assembly has made video games since it was founded in London in 1987. That’s very close to making it the oldest continuously developing game studio in the world. CA started off making mostly sports game ports for MS-DOS and Windows, before getting the funds together in 1999 to make the first in their signature franchise: Shogun: Total War. There followed 15 years of game development from Creative Assembly that balanced turn-based campaign map strategizing with massive battle simulations played in real-time. After a very successful return to Japanese history with Shogun 2, the studio followed up with another sequel in Rome 2, but that game’s initial release was plagued with shoddy code, glitches and interminable load times. Fans who stuck with the game were rewarded with Rome 2: Emperor Edition, which cleaned up a lot of the problems, but it’s understandable for PC gamers to be a bit cautious about new releases from Creative Assembly.

It’s bold for Attila to use the same engine as Rome 2 and come relatively quickly on its heels – it’s only been 1.5 years since gamers felt the sting. Will that be enough time for them to forget and splurge $50 on a new game? I also question the decision to concentrate on a time-period and setting that’s not very far removed from the last title. Sure, 400 A.D. is very different from 272 B.C. when Rome 2 was set, but you’re still playing around the Mediterranean with similar units. Creative Assembly’s major releases have jumped from feudal Japan, to the Napoleonic wars, to medieval Europe – the “leap” to the fall of Rome from its founding doesn’t seem like a drastic enough change to warrant a new investment.

Throw all that skepticism out the window though – Attila offers a much more interesting and engrossing experience that seems very different than Rome 2. If you play as one of the surviving Roman empires – the administration of the empire was split in the 3rd century with the more powerful Eastern Empire now centered in Constantinople – you must defend the might of Rome carefully. The approaching doom of the powerful Germanic tribesmen, not to mention the Vandals, Goths and Huns, is a constant pressure as they begin sacking your northern settlements. The Roman factions must decide to send out armies and risk defeat in the field, or keep close to defend the homelands. 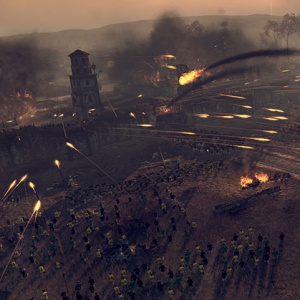 Characters within your faction operate around the family tree – which is a wonderful departure from the faction-based gameplay of Rome 2. While you manage the strategic position of your armies on the beautifully constructed map, you must also pay attention to the members of your household. Your sons and uncles can act as generals or governors of specific regions, lending their expertise to improve public order or recruiting units, depending on how you level them up. They can also gain too much influence, and former a rebel faction seeking to depose your rule. There’s a touch of Crusader Kings II to the machinations of your family and advisers – players will assign a story line to the random events almost automatically. In one playthrough with Attila, my uncle in the Sassinid empire gained the Out of Favor trait, and rose up against my rule. I imagined that he didn’t like what I said about his wife’s infidelities – another randomly assigned event had fired a few turns earlier about a child being born out of wedlock.

This being a game about the fall of Rome, you’ll probably want to play as one of the migratory peoples, and doing so will provide some new mechanics with which to experiment. These so-called hordes do not begin play with a settled city with which to stage your invasions. Instead, you can set your armies stance to camp semi-permanently to allow recruitment of new units, and building economic boosting structures. In practice, the horde is difficult to manage – I only played a few dozen turns with the Ostrogoth faction before I was wiped out. Your Ostrogoth peoples must keep moving, sacking Roman cities to replenish supplies, while also managing relations with the other migratory tribes in the area. Every faction must be aware of the approaching doom from the East. The cavalry of the Hunnish peoples can destroy Germanic tribesmen as easily as they can sack the more “civilized” settlements.

Sadly, the preview code did not include an option to play as Attila. It may be extremely fun to embody the destroyer of the classical era, but the factions available all must be aware of the Huns and their approach into Roman lands. The Sassanids of Persia offer perhaps the most traditionally strong empire at the start of the campaign in 394, but even they must face the threats of tribes like the Magyars and the Alans on their puppet states to the North and the Eastern Roman Empire in Constantinople.

In a press briefing last year, we were told the climate would have an impact on the campaign, with the harsh snows coming continuously farther south as the years pounded on. The Germanic tribes will be able to deal with this much better than, say, a Persian force would, and that will greatly impact your strategy. The effect of this mechanic, as well as the feeling of encroaching doom for the more established empires, will be something we’ll be able to report more on when Total War: Attila comes out in February 17 on the PC.

I would have loved to have played more of Attila‘s campaign to see how more time affected the situation around the Mediterranean Sea. Would the Sassanids be able to grow their empire by taking advantage of the precarious position of the Romans? Could the Ostrogoths find a home in Western Europe amid the ruins of their foes? Would I defeat Attila if I met him on the field? These are some big questions that I am not able to answer with my short time in Attila, but I am left with the desire.

And that’s pretty good considering the history. And the doom. There really is quite a lot of doom.