Trifox is a twin-stick shooter by Glowfish Interactive in which you play as a fox fighting to retrieve his stolen TV remote.

Most of your time will be spent using a mix of abilities from the three Warrior, Engineer, and Mage classes to fight waves of enemies in small arenas. These abilities can be unlocked using coins found in levels and provide the attacks, crowd control, and defensive moves on separate cooldowns.

You’re able to mix and match the abilities however you like, and it’s fun to tinker with your move set to find the loadout that works for you. Personally, I played as an engineer mage, dropping turrets and shooting magic from afar.

On top of this, there are platforming sections that let you use your double jump and class-based movement ability to solve basic puzzles and jump on platforms. It’s nothing special, but dodging obstacles and jumping over pits provides a nice break from the shooting.

Unfortunately, that break is much needed, because the combat is mostly the same stuff over and over. You enter an arena, spam your abilities, and either die extremely fast or slowly chip away at the enemies’ slightly too large health pools until you win. Combining your abilities remains fun, but the individual fights do too little to distinguish themselves from the crowd.

A handful of notable set-piece fights stand out, but by and large the fights are too repetitive for a game that’s only three-and-a-half hours long. By all appearances, this should be a game with everything but the best bits removed, but instead it feels like the level designers were struggling against systems that aren’t refined enough at their core.

Your character’s movement is incredibly sluggish, only speeding up after about a second and a half of movement in the same direction. If you turn too fast, you lose all your momentum and start again. The audio cues for your cooldowns are tiny, leaving you to look at the bottom left corner of your screen repeatedly to see what you can use. The audio cue for taking damage seems to be nonexistent, leaving you to guess whether you’ve just taken a huge chunk of damage or nothing at all.

The impact of your own attacks also leaves something to be desired, with many abilities feeling limp, partially due to the lack of sound effects and visual feedback. Some abilities work against each other, and few have synergy that makes you play differently. And to cap it off, sometimes you’ll get stuck on the top edge of a platform, meaning you’re often afraid to jump while too close to something.

The game’s structure hearkens back to Crash Bandicoot, with a hub world that has portals to three worlds with three levels and a boss within each. They’re even selected with the same button system as in Crash 3, and although the platforming is clearly Crash-influenced, it’s not as high-quality.

Trifox isn’t bad, and there were moments I had a great time. But once the cool section of a level was over, many levels just kept going monotonously. Want to unlock a door? How about you unlock four layers of the door, with a fight after each layer?

If you’re looking for a twin-stick shooter with average cooldown-based combat, platforming elements, interesting loadout choices, and some fun moments, Trifox will deliver. But if you were hoping for a three-and-a-half-hour gem of platforming and combat, this isn’t quite there.

Trifox releases October 13 on Nintendo Switch and October 14 on Xbox One, Xbox Series S and X, and PC for $19.99, with PS4 and PS5 versions planned to release soon after.

Watch the Review in 3 Minutes for Trifox. 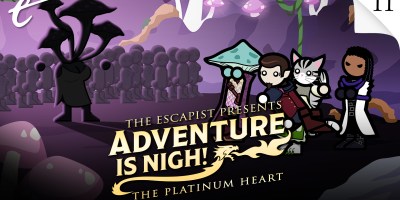