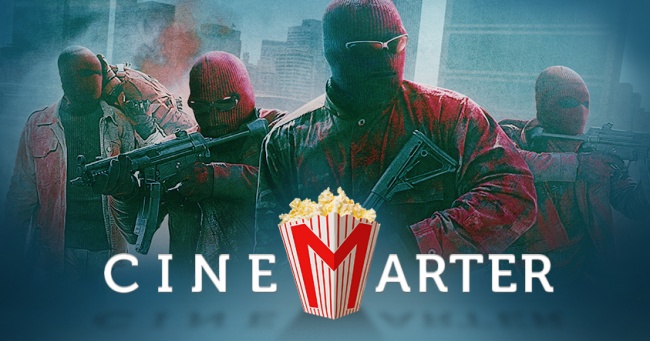 Hey, guys: Did you know that corrupt cops and members of the Russian Mafia are untrustworthy? If you answered “yes,” congratulations! You don’t have to sit through the almost two hours of boredom that is Triple 9. It’s a heist/cop thriller that has two heists – neither of which is good – and four cops – one of whom is good – but fails to do much of anything with either except for having them all betray one another by the end, because you can’t trust criminals. Gee, who woulda thunk it?

The good cop is Chris Allen (Casey Affleck), who is the new guy on the scene. He gets partnered up with Marcus (Anthony Mackie), who is a corrupt cop working with Russell (Norman Reedus). Alongside Michael (Chiwetel Ejiofor), the three of them perform jobs for the Russians, who are represented by Irina (Kate Winslet). It’s “last job” time, because heist movies seemingly always need a “last job,” but in order to pull it off, they’re going to have to call in a “999” to get the rest of the cops off their backs. What is a 999? It means “officer down.” 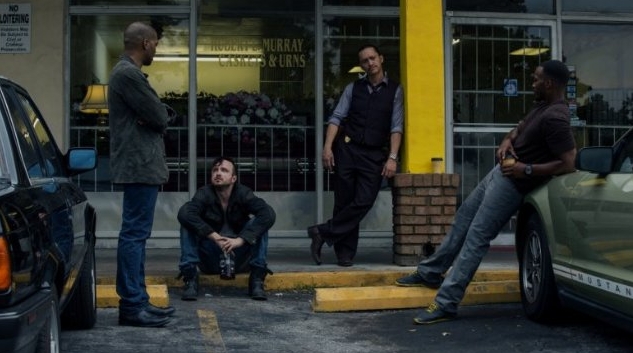 From here, you’re probably already figuring out how the film plays out. Well, it goes like that for a while. Maybe someone survives who shouldn’t. Maybe it takes him a long, long time to figure out who the bad guys are. Maybe the bad guys do half the work for him, eliminating members of their own crew because, hey, they’re evil. Triple 9 isn’t likely to contain anything you haven’t seen before, but some people might appreciate its “twists,” if only because they don’t always come at moments you’d expect. The twists themselves, on the other hand, aren’t surprising at all.

Basically, Triple 9 is the type of crime thriller that isn’t covering any new territory. It doesn’t have any stylistic flourishes to distract us from this, it doesn’t contain any interesting or even particularly relatable characters, and it doesn’t have any standout moments. It’s not trying to say anything, it’s not telling a story that we don’t know front to back – I’m honestly questioning why it even exists, beyond the “making money for the studio” part.

Triple 9 is a film that feels like it’s missing a purpose and a point. Or maybe it’s just missing someone who cared. You can feel a lack of energy, and a lack of reason to exist, through almost every frame of the film.

It’s been a while since I’ve seen a movie that made shootouts as dull as Triple 9 does. It can’t just be because there’s absolutely no attachment – good or bad – to be made to the characters competing in them, I don’t think. It’s like they actively suck the energy out of the room. There’s a scene midway through that should be pivotal – one in which Chris and Marcus chase after a criminal, bonding as they go, leading us to perhaps question whether Marcus will take him out when the time comes. It should be thrilling, tense, and develop this relationship. Instead, it bores, and any change to the characters is brief and doesn’t change anything or add suspense to the will-he-won’t-he that’s to come.

How does a film with this cast disappoint so much? You have actors like Casey Affleck, Chiwetel Ejiofor, Kate Winslet, Anthony Mackie, and Woody Harrelson, and there’s almost nothing for them to do but spout cliched and worthless dialogue. Aaron Paul, Gal Gadot, Norman Reedus, and Teresa Palmer are also all in this movie, although at least a couple of them do so very little that you begin to wonder why they were cast at all – although judging by the film’s reported $20 million budget, they didn’t seem to cost all that much. Still, though, you’ve got this much talent and you give them so little in terms of character? What a disappointment.

The opening heist scene of Triple 9 is its best moment. It’s a bank robbery with a bunch of people who know what they’re doing. It’s slick and efficient, and after it concludes it’s followed up with a funny one-liner from Woody Harrelson. The movie that follows? It’s so boring that it might be used as a sleep aid – but only if you turn down the volume, as gunshots are loud, even if they’re not inherently exciting.

Triple 9 is a film that feels like it’s missing a purpose and a point. Or maybe it’s just missing someone who cared. You can feel a lack of energy, and a lack of reason to exist, through almost every frame of the film. It isn’t telling a good story, it doesn’t have interesting characters, it doesn’t have anything to say to the audience, its shock factor comes not from the actions but from the slightly surprising timing, and there’s nothing that’s exciting enough to keep the audience from nodding off while it’s playing. Triple 9 is a great big pile of technically accomplished nothing.

Recommendation: If you need a sleep aid, or want to see talented actors waste their time in a bland crime thriller, Triple 9 is worth seeing. For any other reason? Skip it.