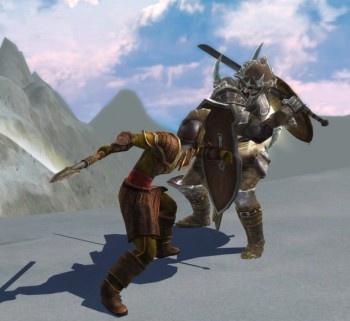 The PC online role-playing company is coming to consoles with a formula for MMO success that has “never been done before.”

“We’re really not talking about what our console product plans are, but we will be soon,” confirmed Steefel.

Actual titles are still far down the road. Instead, Turbine says that it’s focusing on understanding where the console manufacturers are taking their online strategies and how Turbine’s MMO ideas can be compatible.

“What we’re doing now is the early development work and the work with the hardware manufacturers to understand where they’re heading in the online space, where the connectivity between the console and internet is really headed,” explained Steefel. “That’s everything from how the games really need to behave to the relationship between the hardware manufacturers and the developers to the publishing model, to the consumer business model.”

In the short term, Turbine continues to focus on the upcoming release of Lord of the Rings Online‘s expansion pack Mines of Moria coming this month.