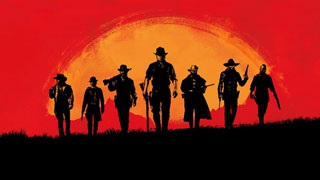 A UK retailer has listed (and then removed) a release date for Red Dead Redemption 2.

Since it was announced in October, gamers have been listening closely for any news about when they might get to play it. UK retailer Littlewoods has caused that speculation to ratchet up a notch, as they briefly posted a release date for the game.

The listing (seen here) initially showed a launch date of October 2, 2017. That date was removed shortly thereafter and replaced with December 29, 2017, which is likely a placeholder. It’s difficult to take the October 2 date seriously, as it falls on a Monday, which is not a day that game releases traditionally happen. December 29 is more believable, as it falls on a Friday, which would make sense for a UK or EU release.

Rockstar has said that the game was planned for a Fall 2017 release, so an October release would make sense in that context. It also wouldn’t be surprising that Rockstar would want to get out in front of November’s inevitable Call of Duty release.

All that said, it’s hard to make much of this report, as it could be nothing more than a typo or data entry error. That said, it’s the first inkling of a release date that’s popped up, so everyone’s talking about it. I’d be more intrigued if they listed it for PC.