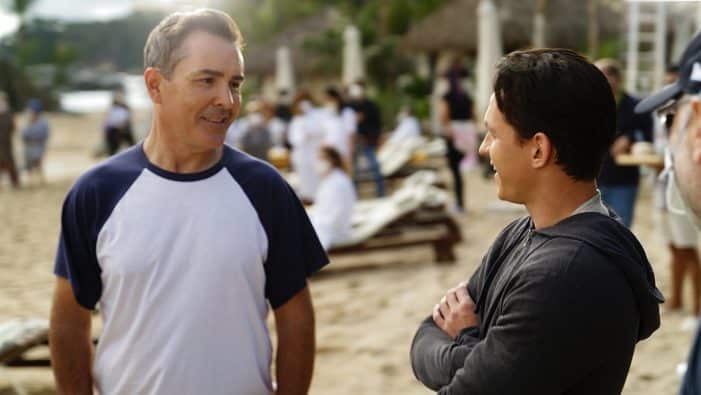 After 12 years of development hell and multiple changes in directors, we’ve finally been given our first look at Tom Holland’s Nathan Drake in the Uncharted movie. Holland posted the first image of his portrayal as the video game franchise’s leading character across social media today. It may come as a surprise to many, but the film adaptation of the character doesn’t actually look half bad. You can see the tweet from Holland below.

But that’s not all – a few more images of sets were revealed, too, with one picture showing that Nathan Drake’s in-game actor, Nolan North, has already visited Holland on set. North gave his blessing in the tweet below, also sharing an image of some interesting treasure in what seems to be an on-brand, dusty tomb and a picture of a book that has information on Portuguese explorer Ferdinand Magellan. Other than the fact that this Uncharted movie will star Holland in a prequel story, narrative details are still a mystery.

Like looking into a mirror! Proud to have @TomHolland1996 continuing the Drake legacy! Absolutely smashing it!
Thanks for the set visit!!@unchartedmovie pic.twitter.com/sfiFYUJVyH

Plans for an Uncharted movie were first announced back in 2008, and a long line of directors with David O. Russell, Neil Burger, Seth Gordon, Shawn Levy, and Dan Trachtenberg followed in that order, with the latest (and seemingly final) choice being Venom director Ruben Fleischer.

So long as there are no further delays, the Uncharted movie adaptation is currently set to premiere on July 16, 2021.