It’s one of the dirty little secrets of the gaming hobby: a substantial percentage of players who buy our games don’t actually finish them. An article by Bruce Phillips in a recent issue of Game Developer magazine provided some actual numbers for reference. Using completion of the main campaign mode as the test, and campaign-finishing achievements on the Xbox 360 as the measuring tool, Bruce Phillips demonstrated that popular, well-reviewed games like Gears of War 2, Call of Duty: World at War, and Grand Theft Auto IV are only finished by about 70%, 50%, and 28% of players respectively. Rainbow Six: Vegas 2’s finish percentage was even lower than GTA IV’s: 23%. And remember, this is just for finishing the main campaign, not the panoply of side quests, multiplayer maps, hidden trinkets, and so on.

This sucks. If you put down a book and never finish it, or turn off a movie partway through and go do something else, we call that a bad book or a dull movie. But gamers tend to rave about these games and yet still don’t finish them. All those comparisons people trot out about how games are a great entertainment value because you get X hours of play for Y dollars should probably have their numbers cut in half. Do games still sound so appealing if we admit that many, many gamers will never finish them? How much does any gamer really care about story if they don’t stick around for the ending?

The reasons why we don’t finish the games we play are many. When one big game is followed soon after by another, the second game can divert gamers from finishing the first one. Plenty of games are just too hard for too many people. Some are too long or too boring.

That’s a lot of hard problems to try and solve so I’m just going to solve one. I’m going to assume that if you bought the game, you intended to finish it and that your purchase will feel a lot more worthwhile if you do. Since you intended to finish it, I’m also going to assume that you care about what happens – not necessarily the story per se, but that you want to see all the levels, check out the boss fights, see the final cinematic, whatever. In other words, if you can’t beat the game then you at least probably want to finish the content.

We’ve recently seen some interesting attempts at enabling players to finish games they might otherwise put down. The last Alone in the Dark game made it a bullet-list feature by making almost every level in the game accessible from the start through a DVD-style chapter menu. If a level was too hard, you could just move on to the next one. “Last episode” recap videos at the start of each scene brought you up to speed. As a sop to those gamers who do like to “beat” games, there were achievements tied to finishing each scene without skipping. So even if you skipped, you could go back and replay a scene in its entirety to get that achievement.

The recent redo of the arcade classic shmup R-Type took a similar approach. The entire game was sliced up into sequences and you could play with infinite lives. For each sequence, the number of lives you lost was tracked and you were rewarded for finishing each sequence without dying. You could restart a sequence as often as you liked and if you could just stay alive for the minute or two it lasted, that sequence would be marked off the big list. And you could attempt sequences in any order you wanted, so in effect you could “stitch together” a flawless run through of the entire game across many attempts.

Then there’s Nintendo. Shigeru Miyamoto has filed a patent for a feature called Demo Play that would prerecord a walkthrough of the entire game which the player could start watching at any point and then jump in and take control when desired. There appear to be some curious restrictions on this feature, at least as described in the patent, in that it would be a separate mode where you could watch and jump in, but not save your own game state.

All of these approaches are interesting, but I think it’s in the overlapping heart of this particular Venn diagram that the ideal solution lies. And it occurred to me while I was playing Alone in the Dark. 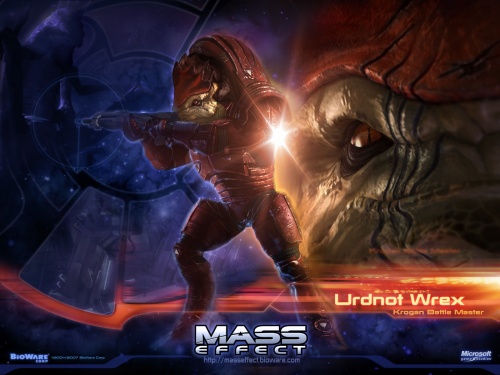 There’s a driving sequence early in that game after you escape from the first building. It’s a really glorious sequence, a big-budget cinematic adventure in which you race through midtown Manhattan while the streets erupt, buildings collapse in front of you, and so on. (Watch it here starting at 4:45.) The problem is that it’s a bitch and a half to play. I suspect the highly choreographed art, animation, and effects were so elaborate that reworking the level to solve the difficulty problems was just too expensive. Which is a shame, because it’s the last level of that game I bothered to play.

Why? Well, it’s what got me thinking about this issue in the first place, many months ago. I’ve got too much gamer pride to skip the sequence, even though the game encouraged me to do so, because I wanted the achievement for beating it without skipping. At the same time, I really wanted to experience the sequence because it was so visually impressive. And a Miyamoto-style prerecorded walkthrough would have taken away the visceral enjoyment of being in the experience. But after attempting it a dozen or more times, I just couldn’t get the timing down of all the fast turns and I gave up, put the game on the shelf, and there it sits to this day.

I stole this idea from Forza 3. In that racing game, they include a super-easy difficulty setting where about all you do is steer and floor the gas. The game brakes for you, like an intelligent cruise control, and it gives you a guide line to steer along. You get to enjoy the race, and you can still screw up, but it’s so much simpler that it’s easy for a novice to take it for a spin.

What if instead of it being a separate mode, this kind of half-auto-pilot control scheme was something that could simply activate during play? And rather than think of it as half-auto-pilot, think of it as something else: Guitar Hero. The game takes control of the joysticks and prompts you on-screen with buttons to push at the right times. Almost any game could turn into a pseudo beat-matching experience.

In an action game you suck at, for example, the game would take over moving and aiming. As the reticule lines up a headshot, the button icon appears on screen. You’ve got a half-second to tap the right button and BAM – tango down. In my example of the driving sequence from Alone in the Dark, the game might control steering and gas but prompt me to apply the brake for drifting through turns, slowing to avoid obstacles, and so on.

Does this sound like gamer blasphemy? Maybe, but let me ask you this: are you ever going to learn to play “Through the Fire and Flames” on a real guitar? No? Then why not play it via beat-matching in Guitar Hero? And for that matter, why not enjoy some Gamer Hero instead: take these crazy hard games that go on forever, have ridiculous boss fights, and give you checkpoints at all the wrong times and turn them into a simple beat-matching, almost Dragon’s Lair-ish, experience. You can still give achievements for playing it straight to keep the hardcore happy and the rest of us would get to finish those levels that are otherwise kicking our ass. And when you didn’t need the assist, it would just play normally.

There are plenty of games I’d have finished if I could have flipped on Gamer Hero mode after my third failure. (Hello, Mass Effect Krogan Battlemaster fight, you jerk!) And there are great moments in games that I’d love to share with my wife, if she could just pick up the controller and have a quick, fun experience without slogging through the six hours of learning curve that preceded something cool.

Does that make me a wuss? A Gamer Hero? Fine. At least I’m not throwing half the purchase price down the drain when today’s blockbuster release becomes tomorrow’s dust-gathering shelf dweller. Give us a chance – or a beat – and we might actually finish the darn things.

John Scott Tynes is ashamed to admit he never finished Braid because when he got stuck near the end, he had too much respect for the game to look up a walkthrough.