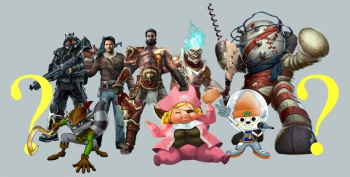 Bring the hurt in style with the PlayStation All-Stars pre-order costumes.

SuperBot Entertainment, the developers behind PlayStation All-Stars Battle Royale, have been rolling out more and more information about their upcoming mash-up brawler. At E3, they announced that the PlayStation title would have a PS Vita counterpart. They also brought two more challengers into the ring: Uncharted‘s Nathan Drake and Bioshock‘s Big Daddy. Now there’s even more news in the form of a release date. According to the PlayStation Blog, both the console and handheld versions of PlayStation All-Stars will hit shelves in North America on October 23, with the European release one day later.

It doesn’t end there, though. Head down to your favorite retailer and pre-order the game to unlock an alternate costume for each character in the game – the eight currently known fighters and the remaining roster that has yet to be revealed. Sly Cooper slips into his Robin Hood outfit from Thieves in Time, Drake dons his winter gear from Uncharted 2, and the Big Daddy turns into a lovable doll from Bioshock 2. Check out all the new outfits in the image above.

More details are coming soon. Very soon, in fact: SuperBot will be announcing the next two combatants later today at a presentation in Las Vegas, at the Evolution Championship Series. Who will these fighters be? Solid Snake? Cole MacGrath? Vice President of Smackdowns Kevin Butler? We’ll soon find out.

Update: The cat’s out of the bag – literally. The two new characters have been revealed as Toro Inoue, also known as the Sony Cat, and Heihachi Mishima, a classic fighter from the Tekken franchise. Other updates include assurances that this is not the end of the All-Stars lineup, nor are these the only alternate costumes that players can use in-game. They are, however, only available via pre-order.