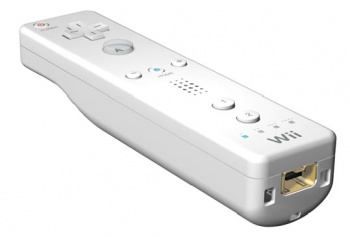 Nicholas Parry is currently being held by authorities who allege he forcibly sodomized a 12-year-old boy with a Wiimote.

Investigators say Parry was at a house where four boys, ages 12 and 13, were having a sleepover. Parry became drunk during the course of the evening, said Unified Police Lt. Justin Hoyal.

At some point he apparently became angry that the young boys were teasing him, Hoyal said. He reacted by grabbing a 12-year-old boy and sexually abusing him using a Wii game controller, Hoyal said.

The act was witnessed by the other boys. The parents of the boy who was having the sleepover were asleep upstairs, he said.

In the morning, when Parry had sobered up, he attacked the 12-year-old boy again, Hoyal said.

Parry later confessed the assault to a neighbor and was subsequently arrested. As the investigation is still in the early stages, it is unknown what kind of penalties the 26-year-old might face.

Though KSL claims that “object rape” is the key crime Parry is being charged with, the state of Utah defines that act as only technically possible with a victim “who is 14 years of age or older.”

Though it remains to be seen how Parry will be charged, presumably the boy’s young age will only serve to make the crime even more grievous.