So by now we’ve all heard that there’s going to be a new Superman movie, yes?

Well, if you hadn’t, yeah, there’s going to be a new Superman movie, produced by Christopher Nolan and directed by Zack Snyder. If nothing else, the inevitable tagline touting “From the people who brought you The Dark Knight and Watchmen” is about the best possible pedigree a superhero movie can have these days.

Superman may well be the most enduring of all superheroes, the most popular comic book hero ever and the most famous fictional character on the planet, but in Hollywood history he has a more dubious place: one of the most frequently-flubbed creative properties ever. For every movie, radio serial, TV show or cartoon about him that has gotten made, it seems like the wreckage of at least two or three more is strewn about the entertainment landscape.

Heck, the Man of Steel is so infamously difficult to mold into a movie that writer Jake Rossen was able to fill an entire book, Superman vs. Hollywood, with tales of doomed, collapsed and compromised Superman projects. (That book, by the way, is fantastic and a must read for anyone who wants to understand how and why comic/sci fi/fantasy adaptations go so wrong so often.)

In any case, I thought this was as good a time as any to revisit the Advice From a Fanboy conceit, wherein I offer wholly- unsolicited, in all likelihood entirely useless, advice to major filmmakers about dealing with the fandom community. And so, without further introductory blather, I humbly present:

Zod Is in the Details

As discussed previously, modern superhero fandom is infused heavily by rampant insecurity – i.e., fans feeling secretly guilty about taking unserious things so seriously. As such, you’ll often hear pronouncements from fandom along the lines of “It’s all about the themes and the spirit of the character – they just have to get that right.” This is, of course, a very nice-sounding line of almost total nonsense.

The thing is, the “themes and spirit” of characters like Superman can (and have) changed from era to era – if not from issue to issue, even. As such, ask a dozen deeper-thinking fans what they think the theme of Superman is, and you’re going to get a dozen different answers. “He’s a metaphor for the pre-WWII Jewish-American Immigrant experience!” “He’s a Neitzschean paradigm!” “He’s the ideal of American Exceptionalism!” “He’s Moses!” “He’s Christ!” And they’ll all be right. In any case, you shouldn’t pay much heed to it. Remember, Bryan Singer made his Superman Returns all about theme and spirit (Returns is basically a visual essay on Superman as post-religious Christ figure) and the fandom largely rejected it. 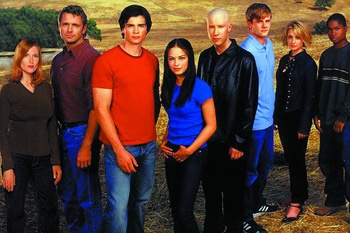 The reality is, while we’ll deny it until we’re blue in the face, what really mollifies fanboys (and girls) are the details. The little things. The minor, specific constants. Superman has black hair. His costume is blue, red and yellow. He’s kind of smug, but largely oblivious to it. When he’s angry, his eyes glow red because he’s about to shoot lasers out of them – which isn’t really how heat vision ought to work, but nobody cares. He wears glasses when he’s Clark Kent. Lois Lane is a brunette and kind of a pain in the ass. Jimmy Olsen has a camera. Perry White says “Great Caesar’s ghost!” instead of cursing. Lex Luthor is bald. Kryptonite is green and glowy. Get those kinds of things right, and fans will – as if by magic – find the “themes and spirit” in whatever you plan to do with the story.

Rao Is in the Really Weird Details

As stated about, fanboys like details, but what they love are obscure, offbeat details culled from the depths of the property’s arcana and allusions to the outer fringes of its universe – particularly stuff that’s been left out by prior adaptations. Some examples? Non-comic Superman hasn’t had the yellow shield on his cape for a while, so put it back on. Give Clark a dog named Krypto, though whether or not he flies is up to you. Read up on the effects of various colors of Kryptonite. Put a lock on the Fortress of Solitude that can only be opened by a building-sized Big Yellow Key. Have him say “Great Rao!” (the Kryptonian version of “Oh, my God!”) a lot. Take Lana Lang and Lori Lemaris out of mothballs. Leave both of the elder Kents alive.

This extends to bad guys, by the way. The sillier the classic Superman antagonist is, the happier fandom will be to see them – and yes, that includes mainstays like Toyman, Prankster and Mister Mxyzptlk.

Nobody Cares About Smallville

Here’s a perfect example of that details maxim in action. Smallville is an absolutely horrible TV show that’s managed to stay on the air for a decade for two reasons: #1: drawing the bare minimum genre series audience is close enough to “successful” for The CW (formerly The WB.) #2: About five years in, they started making regular fan service shout-outs to other areas of the DC Universe – mostly with half-formed versions of Flash, Aquaman, Green Arrow, and so forth turning up but recently expanding all the way to fully-realized versions of Stargirl, Hawkman and Doctor Fate among others. It’s still a horrible show, but now it’s a horrible show that gets the occasional peak in fan-attention (the all-but-inevitable finale where Tom Welling finally puts on his Superman costume will probably be the highest-rated thing ever to air on CW … and then everyone will forget the show ever happened a week later.)

This has led Warner Bros. and people working therein to adopt the mistaken assumption that anyone is paying attention to Smallville and that it needs to be taken into account in relation to its other properties. Even Christopher Nolan wasn’t immune, – famously banning Bruce Wayne and Dick Grayson from appearing on the show to prevent it from interfering with his Batman movie plans. He needn’t have bothered: Nobody cares what does and doesn’t happen on Smallville – hell, hardly anyone would’ve even seen them there. 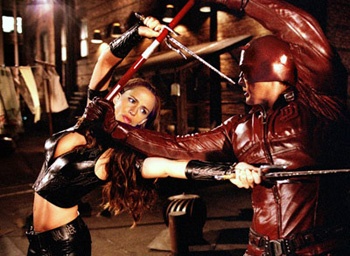 As such, any and all complaints and questions in the vein of “Didn’t that already happen on Smallville?,” “That villain was different on Smallville,” and especially suggestions that anyone from Smallville should reprise their roles in the new movie should be greeted with roughly the same reaction that most of the culture has consistently reserved for the series: refusal, followed by derisive laughter and an inquiry in the vein of “What the hell is Smallville?”

Do Not Listen To Fans

It’s a good idea to study fandom. Learn to understand it. Grasp what it is about the property that made them fans of it in the first place – all the better to figure out how to make more fans, after all.

But under no circumstances should you go trolling the web for suggestions, or looking at popularity polls or the saleability of certain characters and story- arcs. That way leads to failure. That way leads to squeezing the Electra storyline into the first Daredevil movie. That way leads to thinking you can build a good Spider-Man movie around Venom. And in the case of Superman, that way might lead you toward Doomsday … and if you thought Venom was the nadir of one-note “gritty” 90s comic book flotsam, I promise you Doomsday makes Venom look like The Great Gatsby.

There’s really no joke to this last one. Superman is not Batman. You can’t strip him down to some kind of barely-superheroic realism and still get a good movie. They’re trying it right now in the comics, having him go on a walking tour of the United States in order to “reconnect with ordinary people.” Thus far – it ain’t working.

You’re dealing with a character here whose origin story involves an exploding alien planet and whose core elements include flying, shooting lasers out of his eyes and being able to bench-press a city. He’s strange, fanciful and abnormal, and everyone going to see the movie already knows and has accepted this.

Have him walk on the surface of the sun. Have him defeat an entire nation’s army by sneezing at them kinda hard. Let him foil a terrorist bombing by picking up a building and moving it slightly to the left. Remember that big battle from the end of the third Matrix? Make that look like a backyard wrestling undercard. Think huge. Think Godzilla huge. Hell, think Roland Emmerich huge – remember Independence Day? 2012? Imagine that, but if Superman was there.

That’s something that’d have people talking.