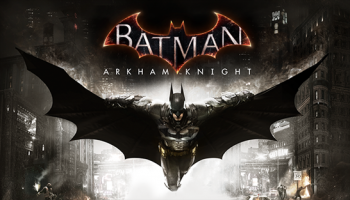 You’ll get Arkham Aslyum, Arkham City and Arkham Origins for free when you buy Arkham Knight on PC.

Today, the saga of the shoddy Batman: Arkham Knight PC port comes to a close as the game is (finally) re-released for the platform, with (most) of its issues fixed. When Warner Bros. confirmed the date, many were dismayed that some sort of compensation or bonus wasn’t offered for the PC gamers who have been waiting paitently. Well today I’m happy to report that you will be getting a little bonus for buying the game on PC, albeit, one that the most dedicated Batman fans probably already have.

Additionally, Rocksteady will be creating a new “Community Challenge Pack” that will be given free to owners of the Batman: Arkham Knight game in January 2016. As thanks to the Steam Community, PC players will have access to the maps for a week before they hit the consoles.

But wait, there’s more! Because no Steam game promotion is really complete these days without Team Fortress 2 hats, Rocksteady and Valve are partnering up with the community to create a suite of Arkham-inspired TF2 items, that will be given to owners of Arkham Knight for free.

Is this olive branch enough to forgive the shoddy port? Personally, I was hoping for something a little more substantial, like a free Season Pass with purchase, or a hefty discount on the game, but at least this is something.

What Actors Should Play Buddy Cops?