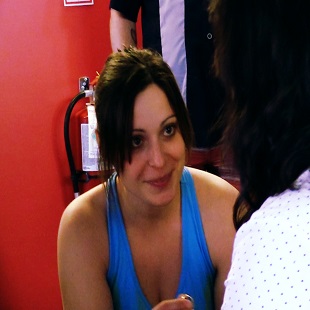 Volunteers from BioWare Montreal recently helped a Mass Effect fan propose to her partner by creating a custom level based on their relationship.

While the cliché of the lonely gamer living in their parent’s basement still looms large in the minds of some, recent history has proven nothing if not the ability of video game fans to get hitched and do it with style. There’s no lack for examples of gamers using their hobby as a launching board for clever proposals that tug equally at the heart and nerd strings. That being the case, one proposal may have finally taken the marriage cake, and it did with the help of BioWare.

The proposal in question began to take shape after Marie-Renee Brisebois, studio manager for BioWare Montreal, was contacted by a woman named Jackie looking for a special way to pop the question to her partner and fellow Mass Effect fan, Amy. After sending out a message to her fellow staffers to see if anyone might be interested in assisting her, Brisebois was able to assemble a team of volunteers who agreed to work for free on a special Mass Effect project aiming at giving Jackie a helping hand. According to lead level designer Colin Campbell, his desire to help stemmed from the personal joy he’s drawn from his own married life.

“I love being married,” said Campbell. “It’s my favorite thing about my life, and it’s a huge amount of what I enjoy about living, but being a videogame designer doesn’t often give me the opportunity to help someone else have a marriage. This is rare and something that’s almost never going to happen to anyone in the industry, so as soon as I saw the opportunity, I jumped right on it.”

Campbell, working with writer Ann Lemay and QA analyst Barrett Rodych, used the Frostbite 3 engine to craft a special level laced with subtle references to Jackie and Amy’s relationship. After some extensive testing they then lured the couple to their Montreal studio with a letter claiming they’d won a nonexistent “Day With Our Devs” contest awarding them with a tour of the studio. While visiting the developer’s offices Amy was invited to play what was described as “the next Mass Effect game.” At the end of the stage created by the volunteers, she was led into a room with a console at its center and their names spray-painted as graffiti on the wall behind it. Clicking on the console Amy was met with a message telling her that “Jackie would like to ask you something.” It was at that point that Jackie proposed. Amy (happily) said yes.

Judging by the enthusiasm of the volunteers behind the Amy and Jackie’s proposal level, this wasn’t a project that overly burdened the people involved. That being the case, it’s nonetheless nice to see a developer as large as BioWare doing something like this to help out a pair of its fans. This is especially true when you consider that Campbell and company were already busy with Dragon Age: Inquisition. Put shortly, bravo BioWare.

Joining the Nightbreed: Inside Clive Barker’s House of Dark Delights

Plants vs. Zombies Get Bricked in New LEGO Ideas Campaign