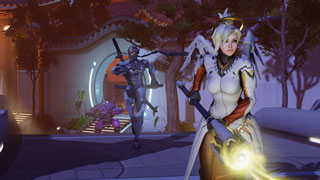 Blizzard has filed a lawsuit against Bossland, the creator of a popular Overwatch cheat.

Over the years, Blizzard has filed suits against many people who have developed cheats and hacks for the company’s games. One such case that immediately comes to mind is the legal battle that raged over the Glider bot for World of Warcraft. Now Blizzard has filed lawsuit against a company that created a popular Overwatch cheat: German company Bossland.

Bossland has found itself in Blizzard’s legal crosshairs before, as the two companies have had dealings in court over cheat programs for WoW and Heroes of the Storm. The current suit is in regards to a cheat called Watchover Tyrant that allows players to see enemies through walls, to see their health, and a number of other things.

In the suit, which you can read in full in this PDF at TorrentFreak, Blizzard says that “Defendants’ sale and distribution of the Bossland Hacks in the United States has caused Blizzard to lose millions or tens of millions of dollars in revenue, and to suffer irreparable damage to its goodwill and reputation.”

Also stated within the suit is Blizzard’s rationale behind filing it, namely, contributory copyright infringement. “They have done so by enabling and encouraging third-party ‘freelancers’ or contractors to fraudulently obtain access to the Blizzard Games and then, having done so, to engage in unauthorized reproduction of the Blizzard Games.”

Bossland’s CEO told TorrentFreak that he didn’t fear any legal action filed in the US, as the courts there have no jurisdiction over the company, which is based in Germany.

It’s not surprising to see Blizzard going after cheat programs for Overwatch, as the game has exploded in popularity since it launched. However, it’s also interesting that they’ve chosen to do so through the courts, as that seems like a route that will be costly, time consuming, and fraught with uncertain outcomes. You can bet that they’re also working on detecting the cheat and banning those using it.

PlayStation Vita Gets a Twitch App