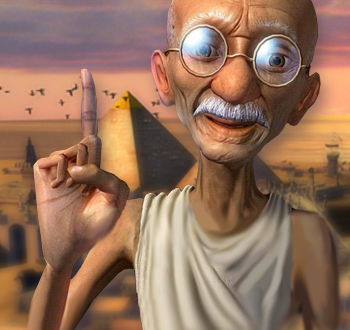 Destroying Constantinople with your dad can be quite the bonding experience.

Sharing a beloved game with a beloved person can be a very special experience, and in some cases can bring a whole new aspect to the relationship. In Issue 294 of The Escapist, Michael K Stangeland Jr. talks about how playing Civilization IV with his dad brought them closer together, and is now a regular father/son activity, even when they’re hundreds of miles apart.

“It’s your turn,” my dad says as he comes into the kitchen and relieves me of the job of drying the dishes.

The game she’s referring to is Civilization IV, and the scene has become a familiar one in recent years. But while Mom may not understand why we find the game so appealing, it’s clear to both of us that these games have become an important addition to our relationship as father and son. More so with the addition of email games, which have allowed Civilization to become an important means for us to remain in constant contact.

Civilization IV isn’t the first videogame we’ve played together. Before that, there were games like Apeiron, but we never played directly against each other. Then, it was a matter of who could get a higher score (it was him). With Civilization, we finally discovered a game we were both interested in playing and that would let us compete together.

Stangeland Jr. doesn’t often beat his Dad – their differing play styles mean that the odds are often stacked in his father’s favor – but it’s not the winning that matters, as much as playing together. You can read more about it in his article, “One More Turn, Dad.”