We tend to think of the effect of individual movies on the business and culture of making other movies to be pretty binary: Bad movies beget bad, good movies beget good. Truth is, many of the worst, most annoying trends that catch on in the film world do so because they originated in good, even great films, but were copied by lesser successors looking for a shortcut to greatness.

What follows is a sampling of good movies and the bad trends they unwittingly gave rise to:

O’ Brother Where Art Thou?

This modern classic comedy/folk musical is one of the biggest hits of the Coen Brothers’ distinguished career, but it was also a technological innovator. It was one of the first feature films (and the most high-profile at the time) to scan all of its footage into digital format before editing, and thus the first to take full advantage of the ability to digitally color correct every aspect of the onscreen image.

Since the placing of certain color tones directly opposite others will cause them to pop, color correcting quickly became a post-production trick on almost every big movie. This quickly gave rise to the now ubiquitous orange and teal phenomenon, the easiest color timing scheme that has now become the go-to design motif of every other damn poster, trailer and piece of key art you’ve seen of late.

Filmmakers like Michael Bay have stretched the orange and teal scheme across entire films, creating a kind of ugly action genre alternate universe where everything is painted blue-green and it’s always sunset.

The Crime: Sanitizing the space opera.

Credit where it’s due, George Lucas’ industry-reshaping megahit did a lot to legitimize the sci fi/fantasy genre. Unfortunately, legitimacy sometimes comes with a price.

Prior to Star Wars, the sci fi genre, particularly the more fantasy-inflected variation called “The Space Opera”, was largely inseparable from a certain amount of seediness and soft-core sleaze. Sci fi writers, unsurprisingly not known for being the most romantically confident of humans, frequently packed their stories with the surreal byproducts of frustrated fantasy. Heroes found an amusingly vast number of clothing options on planetoids inhabited by no small number of uninhibited species and a surprising (or maybe not) number of genre entries could be boiled down to “how we traveled to the planet of the this-or-that maidens, and how much crazy alien sex we had when we got there.” It was no small part of what earned the genre its disreputable tag for a good chunk of its existence. Even Star Trek had plenty of time for shirt-ripping hunks and green-skinned alien concubines amid Roddenberry’s future tech and social justice ruminations.

Star Wars: A New Hope, on the other hand, pretty much drops all of that. There are really only two women of note in the whole film, Leia and Aunt Beru, and they both fill out almost entirely nonsexual little sis and mother roles (one of which, yes, is appropriate in hindsight). Not that there’s any room for it in the tightly plotted feature, but apart from Han Solo’s rakish leering you don’t get much sense that anyone is having sex of any kind in the Star Wars universe, or is even particularly interested in it. For all the talk of gun-toting Princess Leia as an early feminist archetype, she can also be seen as being a boy’s fantasy figure rather than an adult male’s: the “one of the boys” girl who can hang out and won’t spoil the fun with icky mushy girl business.

To be fair, this lack of matters of the flesh probably helped the film secure its place as holy writ in the eyes of youngsters; it had all the spaceships, aliens and laser swords, none of the mushy stuff. It also took mushy stuff out of vogue for the rest of the genre and as an ironic side effect, reinforced the boys’ club atmosphere more strongly than ever. If you weren’t going to have women in the story to wear the armored space bikini or get chained up by the baddie, might as well just dump their presence entirely, seemed to be the prevailing wisdom. Within a few short years, the female presence in youth-oriented sci fi had gone from “Women Are Decorations” to “Women? What Are Those?” 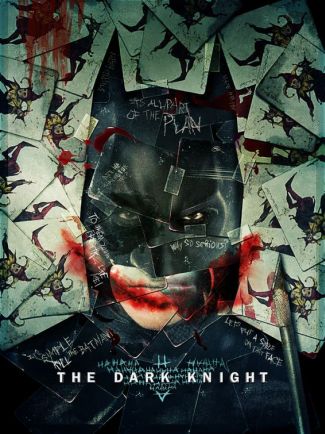 Of all the things that won’t stay dead, sex in sci fi is perhaps the most resilient. As hard (however unwittingly) Star Wars worked to cut the carnality out of the genre, its myriad imitators brought it soaring back almost immediately. Notorious Italian Wars-knockoff Starcrash featured Caroline Munro blasting robots in a two-piece prison uniform. Earth-bound fantasies like Conan the Barbarian and Excalibur brought loincloths and chain-mail lingerie back in style, Flash Gordon‘s storyline is driven in large part by the planet-sized amorous appetites of its Evil Princess. Even Wars itself couldn’t stay chaste forever; the “Jabba’s Palace” segment of Jedi is a Frazetta/Vallejo-style “Den of Alien Debauchery” come to life. Fast forward to today, and Avatar, the current “biggest hit ever.” is mainly driven by the hero’s romantic designs on a twelve-foot-tall blue catgirl.

Christopher Nolan’s Batman movies are, thus far, all about reshaping the bizarre universe of DC’s Dark Knight Detective into something that might plausibly take place in the real world, or at least the movie real world. For the most part it’s worked, and Batman Begins and The Dark Knight are modern classics of the genre.

Unfortunately, the “boiled down to its most plausible elements” method of adapting Batman doesn’t seem to work all that well for most other similar characters, but it hasn’t stopped Hollywood from trying. The “grim ‘n’ gritty” fad that crashed the comics industry in the 90s often seems poised to crash genre film in the 2000s.

“Nolanizing” was the hot trend for long enough to yield some unfortunate results (see: Street Fighter – The Legend of Chun-Li), but for a change Batman wasn’t the only superhero setting the box office ablaze at the time. Marvel Films’ one-two punch of unexpected megahit Iron Man and respectably popular Incredible Hulk not only flew their super-silly comic book colors proudly, they drew back the curtain on a bold plan to bring shared universe comic book continuity into the movie realm. Is the success of these films, the even more bizarre follow-ups of Captain America, Thor and Avengers plus similarly realism-rejecting hits likes X-Men: First Class enough to put a ceiling on Dark Knight imitators? We’ll find out soon enough.

The Crime: Horror is funny.

Sam Raimi’s Evil Dead, alongside its followups Evil Dead 2: Dead By Dawn and Army of Darkness, is a legitimate modern masterpiece, a low-budget horror flick that was so wildly inventive it rewrote the rules of not only its own genre but also several others, transforming Raimi and lead actor Bruce Campbell into Nerd Gods and changing the way countless subsequent films would be shot, edited, and acted. It’s a no-holds-barred landmark, but not every new idea it had needed to be repeated.

The main bad lesson the horror genre learned from Evil Dead was that “scary” had become less important. The first film has its share of jump scares and creepy moments, but Raimi’s old-school slapstick sensibilities eventually turn the third act into something more like an ultraviolent absurdist farce. Many of the series’ endless lesser imitators took this as a cue to drop all pretense of mood or tension and become joke-laden showcases for what the makeup FX team was capable of. Some very good movies came out of this, but some pretty bad ones did, too.

Not only did too many horror films simply become bloody comedies by misunderstanding what Evil Dead was actually doing, the notion that all horror was meant to be laughed at has infected the movie-watching culture for decades. How often have you been to a (theoretically) scary movie, only to have every scare spoiled by an audience member who laughs just a little too soon and just a little too loud because they think they’re supposed to?