As streamers played Konami’s Contra: Rogue Corps during a launch event Saturday at Twitch Studios in Seattle, one comment kept coming up from viewers: “This isn’t Contra.”

It’s an understandable criticism. Rogue Corps has eschewed the sidescrolling style that’s been part of the series since its arcade origins in favor of a 3D twin-stick shooter that lead producer Nobuya Nakazato believes “makes the action feel more spectacular.” Nakazato has been working with the series since 1992’s Contra III: The Alien Wars and said he hopes that fans will accept the work he’s done to modernize the franchise.

“Action games are getting more and more complicated,” he said. “With Contra: Rogue Corps, I wanted to keep it fun and simple like the old games, so it’s easy to pick up and the controls are easy to understand and you are feeling great when you’re just shooting.”

He’s somewhat succeeded. When I played the game on a PlayStation 4 at the event, I found the aiming function to be overly sensitive. Pressing down on the right joystick mitigated the problem a bit, but I had to wait to finish the tutorial to be able to adjust it and then still found it to be jerkier than I liked. You also can’t just keep shooting, because it will cause your weapon to overheat and become unusable for a few seconds. 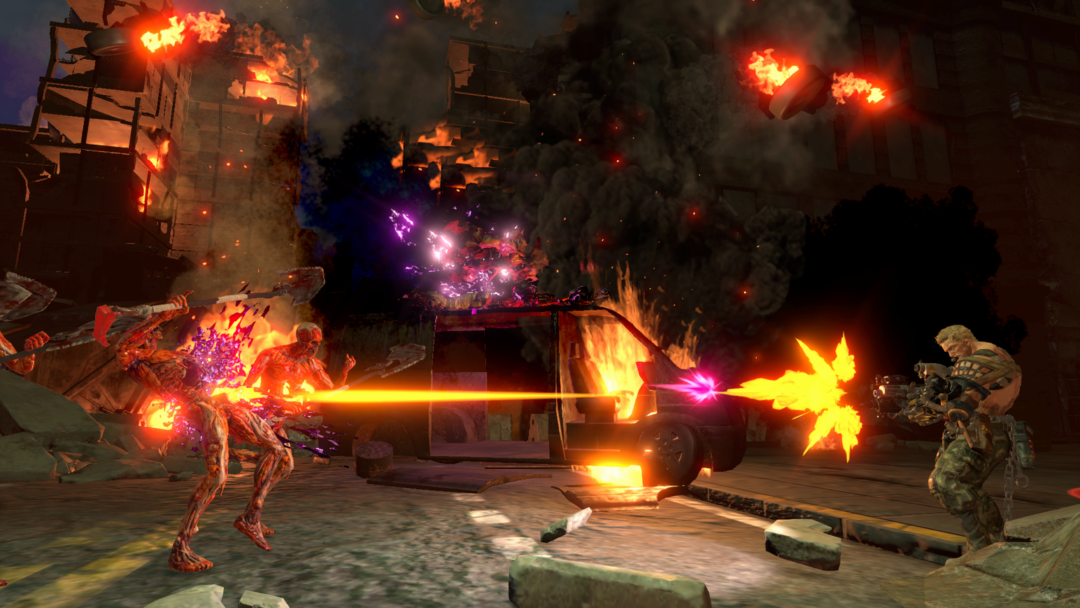 You can avoid this by regularly switching between weapons, like trading a machine gun for a close-quarters flamethrower. You can also stop firing altogether for a bit and dash around the board charging into enemies, which can knock them to the ground or temporarily stun them, leaving them vulnerable to finishing moves or being picked up and thrown at other enemies or into environmental hazards.

The overheating mechanic can feel frustrating at first, especially since the alternate weapons are far from created equal. While the drill and chainsaw might seem like melee weapons, they’re more like underwhelming close blast attacks that don’t do enough when fighting swarms of enemies in close confines. The fact that the chainsaw doesn’t unleash a whirlwind of gore around you seems like a missed opportunity.

The overheat times can be reduced, and all of the weapons can be improved, thanks to another Rogue Corps innovation: a hub where you can customize gear and even upgrade your character’s body through questionable and not always successful surgical procedures. These modifications are paid for using resources gathered during missions. Nakazato expects that the new elements will increase how long players spend with the game.

“The old games were just like arcade games, meaning that you tried to master the game, you beat the game, and that’s it,” he said. “We wanted to add more replay value to the game so people can beat it over and over. We decided to add hack-and-slash elements just like in Diablo to be sure that people have more things to enjoy in the game.” 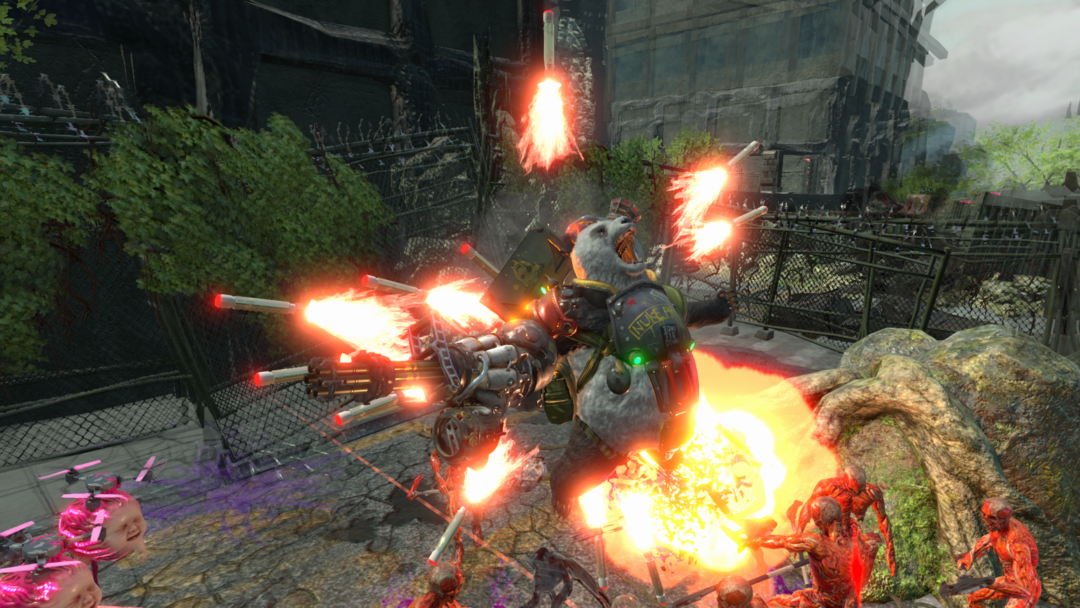 Players start off controlling Kaiser, a cigar-chomping meathead cut from the same slab as Bill and Lance who rides bombs into swarms of alien monsters like Major T. J. Kong in Dr. Strangelove. Between missions, you can swap between him and three other playable characters, each with their own starting weapons, special attacks, and animations for bombs and finishing moves.

“It’s a Contra game, so you need to have this muscular guy,” Nakazato said. “That’s super obvious. From there, we need to think of other personalities and other characters that would form a great team. Each of them would have a personality that stands out. This is how we started the design process.”

It’s a decidedly weird cast featuring Ms. Harakiri, an assassin who sheaths her sword in the alien maw fused into her abdomen; Hungry Beast, a scientist who had his brain implanted in a panda’s body; and The Gentleman, a very polite brain bug alien who can conjure tiny black holes to draw enemies in.

“I wanted to do something like what we can see in The A-Team, having each of them being very different from each other, but when it comes to fighting a common villain they all somehow come together,” Nakazato said. “You have the slow, but very muscular guy. The small guy that’s more like a ninja — very speedy. Each of them is very different, but somehow they form a team.” 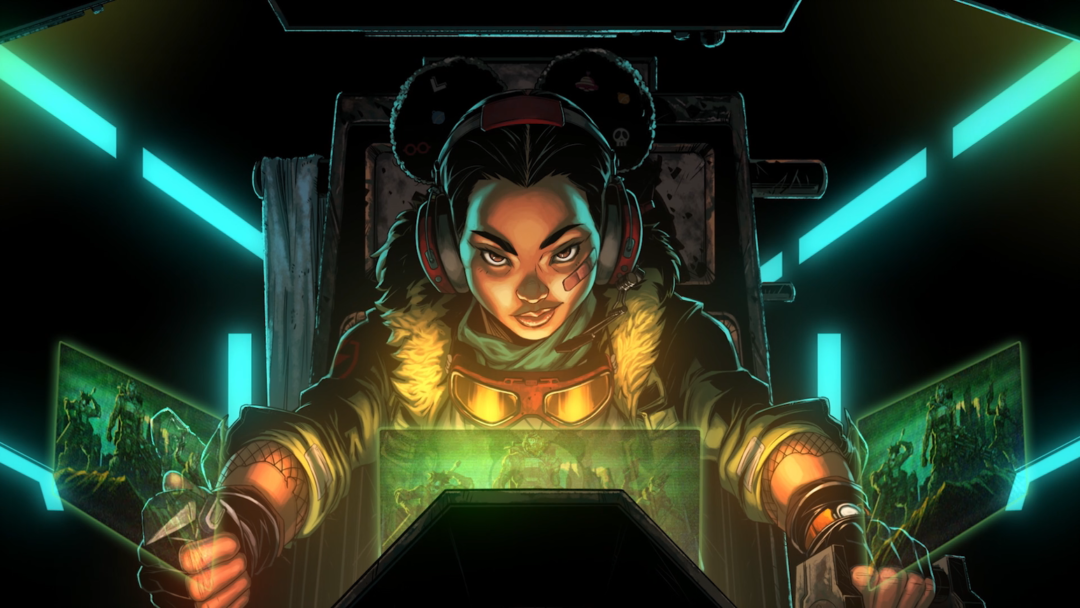 Players get to know the characters and learn about the game’s plot and how it fits in with the rest of the Contra series through a series of animated comics created by Emilio Lopez, who worked on the Teenage Mutant Ninja Turtles cartoon from 2003 to 2009.

“Having this comic style helps to create the personality of each character,” Nakazato said. “We wanted to make a team together, having each character be described in a very efficient way through the animated comic.”

You can see the characters take action together in online or couch co-op. Rather than playing campaign missions together, couch co-op puts players together in a limited number of missions. The meatgrinder of enemies is made nearly impossible to defeat because it’s so hard to keep track of your character on the screen. We were playing on a computer monitor, so the problem might not be as bad on a big screen TV. I haven’t been able to try online co-op yet, but others at the event reported it really forced you to play strategically and coordinate character abilities.

I did have a great time with PvP. Deathmatch mode has players try to kill each other with both the weapons they bring in and bombs spawning in the arena. They can also get extra points by killing NPCs, including guys with cameras for heads that are meant to be filming the whole thing. It puts your skills to the test, but you shouldn’t expect Contra to get into esports anytime soon, as Nakazato isn’t concerned with making sure characters or weapons are balanced for PvP. 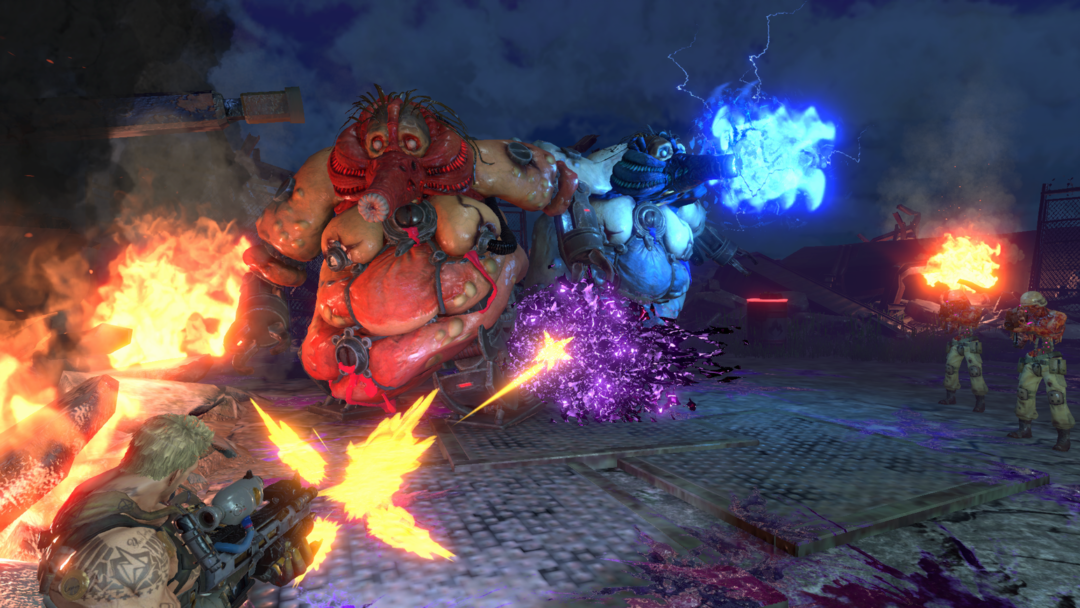 “We didn’t want to be too serious,” he said. “We want people to be able to bring their customizable things and whatever they want without upsetting the other players that you would see in classic esports games. We just want to focus on having fun together. It doesn’t really matter what equipment you’re using. The point is having fun together.”

That spirit is even more present in a mode where up to four players on each side play a sort of soccer game where they shoot curled up alien bugs across the field into goals that take the form of giant shredders, which also make a convenient way to dispose of stunned enemies. Multiple “balls” spawn at once, including a special golden bug that has to be carried across the map by a player who’s then left totally vulnerable to attack.


“We didn’t want to have this kind of classic, serious sport,” Nakazato said. “We wanted something underground, a shady sport for the outlaws. By keeping it super crazy it’s obvious that it’s not meant to be taken seriously.”

The whole over-the-top nature of PvP is brought home by scoring at the end of the match, which features an animation showing scales weighing piles of gory organs. It’s the kind of aesthetic found throughout the game, where enemies are constantly eviscerated, blown up, and splatted against the screen in gouts of neon purple blood and viscera. Those satisfying deaths are a needed balm given how hard the game can be, with swarms of enemies and dangerous environmental hazards constantly keeping you on your toes. But that’s all part of the point. This is, after all, a Contra game.