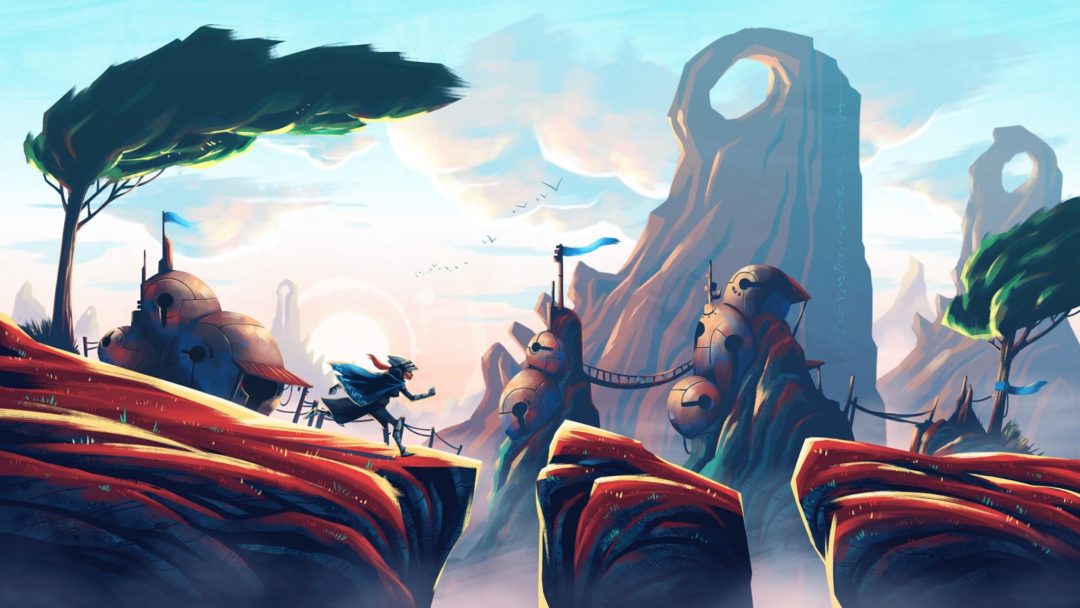 Lost Words: Beyond the Page may be this year’s independent darling. The Modus published and Sketch Book Games developed side scroller features the thoughtful yet melancholic aesthetic permeating modern indie games like Night in the Woods and Life is Strange. The story follows a young girl writing a fantasy story for her ill grandmother. Lost Words debuted a nifty new trailer last Friday and playable demos were available at E3 2019 where Yahtzee Croshaw delivered some positive hands-on impressions.

“[Lost Words: Beyond the Page is a] very indie ‘small child scary world’ artsy watercolor platformer with the gameplay twist that you acquire words to apply to the environment to solve puzzles,” said Croshaw from the show floor. “You’re in a story being written by a girl trying to process feelings of loss. Very Child of Light, Life is Strange, Edith Finch sort of vibe. [The game was] made more interesting for me by the fact that Rhianna Pratchett wrote the story, and I got the sense that it felt quite personal to her.”

The last line of Croshaw’s hands-on assessment is particularly striking. Like Lost Words’ protagonist, Pratchett was born to be a writer. Her father, Terry Pratchett, was a fantasy writer behind novels like The Good Omens. She has several stellar video game script writing credits to her name including Tomb Raider, Mirror’s Edge, Overlord, Beyond Divinity, and Heavenly Sword. But Lost Words seems to be a more emotional tale and one with a more personal stake. In 2015, her father passed away from Alzheimers, and Lost Words appears to be inspired by that experience, transforming it into a poignant tale about grieving.

Lost Words: Beyond the Page releases on the PS4, Xbox One, Nintendo Switch, and PC this December.