Good news, everyone: In a single bold stroke, Electronic Arts has finally rid itself of the hated DRM bugbear once and for all! Never again will legitimate PC customers be forced to struggle with cumbersome, waste-of-time copy protection measures like online checks, installation limits or other assorted idiocy while those who make unauthorized copies point and laugh. After years of futility, the light has been seen!

And exactly how did EA manage to accomplish this feat? By simply declaring it done! I quote Community Manager EA_Apoc, who wrote last week in the Command & Conquer 4 forums, “First thing to be clear about, Command & Conquer 4 has NO DRM. Zip, zero, zilch, none.” It’s about as unambiguous as statement as you can get. There is no DRM!

Oh, there’s something, of course. C&C4 requires an internet connection in order to run, and if that connection happens to drop in the middle of a game, players will be kicked out, with all progress lost. “The online requirement,” EA_Apoc wrote in his message, which has since been edited, but fortunately not before pretty much every C&C site on the planet had posted a copy of the original, “is tied directly to your player profile login, stats/achievements, and experience progression.” But it’s not DRM!

Does that have a bit of a familiar ring to it? The truth is, if we wanted to pick nits we’d have to credit EA’s groundbreaking stick-and-move to another publisher entirely. Ubisoft was actually first out of the gate with an astonishingly similar-sounding system that debuted in recent PC releases like Settlers 7 and Assassin’s Creed 2. But EA is taking a different and much smarter tack by selling this not as a new and better kind of DRM, but as something that’s not even DRM at all.

See, digital rights management is an intrusive form of intellectual property rights protection that maximizes the inconvenience of legitimate game buyers while having absolutely no measurable impact whatsoever on videogame piracy. It’s no wonder nobody likes it. But what EA is doing instead is providing a service and making the experience better. You can create multiple “Commander Personas” under the single EA Master Account required by the game, and you can install it from the game disc on as many computers as you like. You can log in and play from any computer that has C&C4 installed. Stats, achievements and experience points will be updated instantly, on the fly. You don’t even need the disc in the drive! Let’s see you do that with an offline game.

It’s an interesting approach: Instead of addressing the problems that plague DRM, simply redefine them out of existence. I have to admit, I’m impressed. It takes serious balls to try something like this and my hat is off to EA for giving the industry the brassiest teabagging it’s had in years. 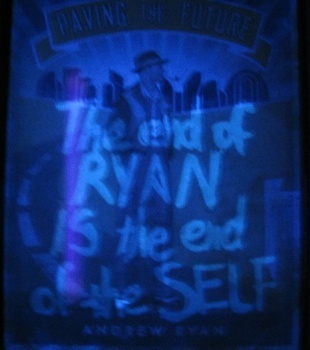 A couple months back, when Take-Two started yapping about how it was doing PC gamers a big solid by removing the installation limits in BioShock 2 (which of course it never actually did; it just changed them from SecuROM limits to Games for Windows Live limits), I wondered aloud whether anyone at the company actually thought that we, the semi-informed gaming community, were stupid enough to fall for such obvious bullshit. The sheer brazenness of that ham-handed ploy left me outraged and appalled, but, boy, was I behind the curve on that one. At least Take-Two actually changed something.

EA’s version of the ol’ switcheroo, on the other hand, is something more akin to being strung up naked in an interrogation room and yelled at by David Warner. The “always on” internet requirement is quite obviously DRM, there’s no rational way to argue otherwise, but EA is arguing it anyway, and with time and persistence I think there’s a very good chance it will win that argument.

Why? Chew on this: “If you tell a lie big enough and keep repeating it, people will eventually come to believe it.” And, to tempt Mr. Godwin even further, “The most brilliant propagandist technique will yield no success unless one fundamental principle is borne in mind constantly – it must confine itself to a few points and repeat them over and over.” And that, more or less, is exactly what EA is doing: Saying, emphatically and unreservedly, that this is not DRM.

After making a point of stepping away from DRM following the Spore debacle, EA appears poised to rejoin the battle by redefining the battlefield. This may or may not be a matter of concern: Last time out, a lot of readers got their panties in a twist when I suggested that people who buy Ubisoft’s games are complicit in the proliferation of its online DRM, telling me that consumers have the right to be as blissfully ignorant as they want to be. From that perspective, it’s not worth a second thought.

But if, on the other hand, you think that this is a conversation that needs to continue, then it’s important to impose a consistency on the terms of the discussion. It’s up to us – the aforementioned semi-informed gaming community – to make that happen, and to not let EA simply semanticize it out of existence. When game publishers say, “There is no DRM,” we must say, “Yes, there is.” Maybe it’s futile, maybe it feels like signing an internet petition, but those of us in a position to know and to speak up no longer have the luxury of simply burying our heads in the sand and pretending it doesn’t matter.

Otherwise, who knows? After a couple of years of EA saying, “This is not DRM,” maybe it won’t be.

Andy Chalk isn’t buying C&C4 either, but that’s okay, because the last one he bought was the first one.

Rumors of LittleBigPlanet 2 May Be True – UPDATED