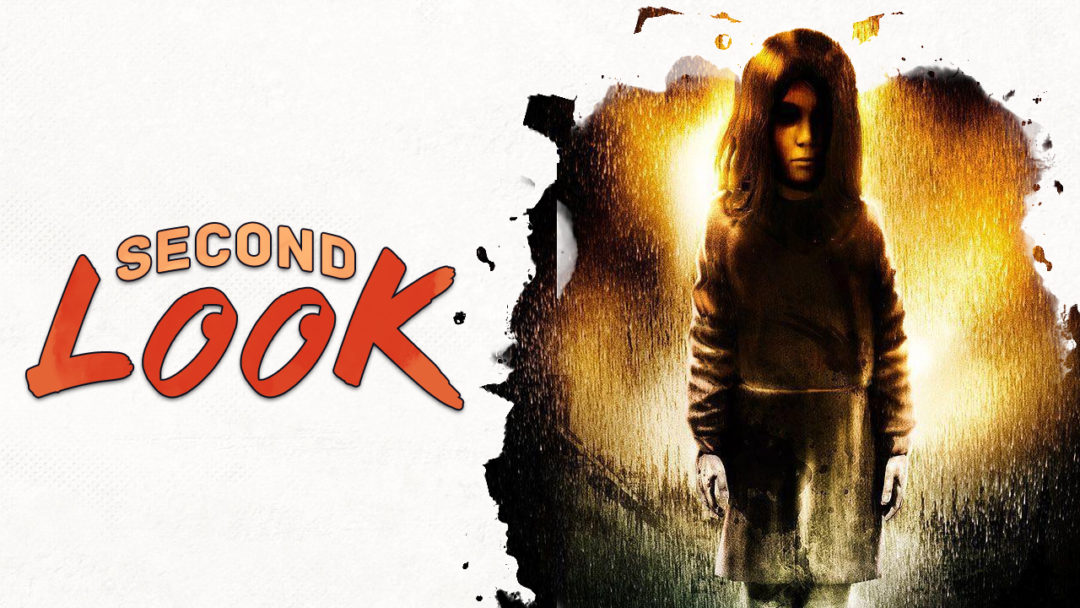 This story contains spoilers for the F.E.A.R. series.

F.E.A.R. is revered for its fantastic “Die Hard meets The Grudge” blend of slow-mo shootouts and dreadful horror, all powered by cutting edge A.I. But one of the main things that makes F.E.A.R. work so well is a grounded narrative about family abuse.

The series tells the story of a father willing to do whatever he deems necessary to get what he wants. When Harlan Wade discovers his young daughter, Alma, has powerful psychic abilities, he does what any scientist and father with absolutely no moral code would do and artificially inseminates her to produce more psychics for his employer’s advanced infantry combat division. Alma’s too “difficult” to deal with, so he imagines his grandchildren will be easier to control.

Throughout the series, Harlan always foists the blame for his actions onto others around him. He views Alma as an irrational child that must be sedated, which is why he locks her away. He’s a man of science with big ideas and grander ambitions than her teeny-tiny head could ever understand. Frankly, she should be grateful he found some use for her. 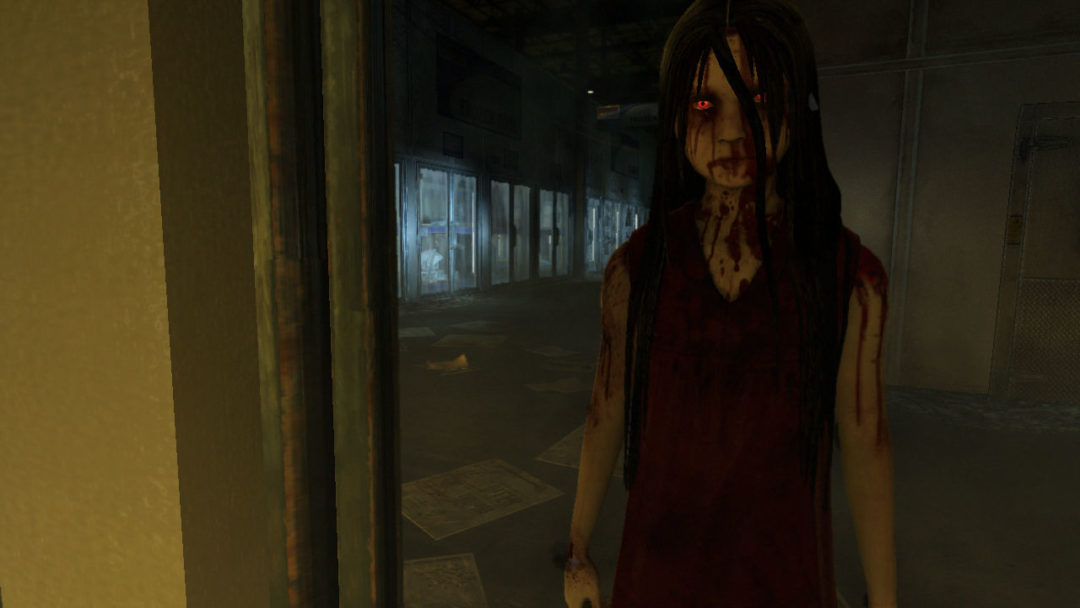 When Alma reaches out to one of her children, Paxton Fettel, and tries to have him free her, Harlan kills her. She’s become too inconvenient and was never really a person in his eyes. He later has another daughter that he treats with genuine compassion, showing Alma can be as  easily replaced as a toaster.

Alma’s been tortured for her entire life by both her abilities and the man who raised her. She’s only valuable if she gives Harlan what he wants; she’s barely a teenager before she’s forced to give birth twice and then left to die in the dark. Alma is undeniably a victim, but the cycle of abuse continues because all she knows of humanity is Harlan’s actions.

Alma was raised to believe that the ends always justify the means. Her spirit’s vengeance is less a rampage and more logical payback, acting on what Harlan taught her. She knows Fettel’s a conniving cannibal, both feral and dangerously clever, so she ensures he’s loyal to her cause. This isn’t hard to do given Harlan abused him too.

Harlan pushed Fettel to the breaking point repeatedly while showing far more leniency for his less psychically empowered brother, the Point Man. The brothers were pitted against each other, a growing division that allows Alma to creep in, slowly converting Fettel into her instrument of revenge. 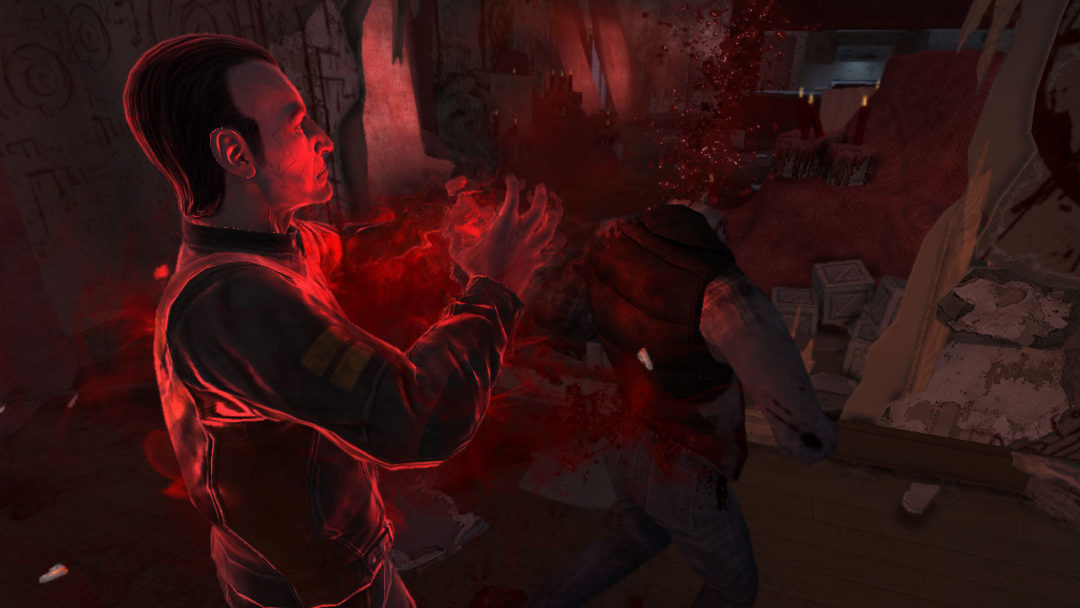 On some level, Alma has empathy that her father lacks. In F.E.A.R. and F.E.A.R. Extraction Point, Alma regularly alternates between a child-like form representing who she once was and the hideously deformed corpse she is in the present. Yet, in Extraction Point, the child Alma starts to help the Point Man by clearing away blockages or tearing apart one of Fettel’s squads of soldiers.

That turn doesn’t please Fettel in the slightest; the one person who approved of him is now turning away to help the golden boy that Harlan was also nicer to.

This isn’t to say Alma’s turning over a new leaf. She doesn’t save Point Man’s allies from grim fates at the hands of her older persona, but she does keep her new favorite son alive. The world is on the verge of the apocalypse, but Alma just cares about having her children back. And now that Harlan’s out of the way, she’s determined to get what she wants. This is where F.E.A.R. 2: Project Origin takes us.

Project Origin was essentially a soft reboot for the series, with a new style of horror leaning towards shock value over brooding scares. In doing so, Monolith Productions tried to create a “sexy” Alma in addition to the little girl and corpse personas players had encountered before. Alma’s had her revenge, and now she wants a mate so she can have a new baby that no one can take from her.

Alma begins obsessively stalking Project Origin’s protagonist, Sergeant Michael Becket. Alma changes her ethereal appearance to that of a lithe yet buxom naked woman to try and entice him, and she grows more ferocious each time she’s rejected. The victim becomes the abuser, with Alma sexually assaulting Becket in the midst of a boss battle.

Project Origin isn’t that scary a game, but it’s hard to forget the sheer unsettling disgust caused by hearing Alma moan amid the gunfire. I’m not sure it was the right approach for Monolith to take, but it did accomplish the goal. Alma might hate Harlan, but she’s become just like him. She believes that the world should bow to her needs, and that the concerns of those weaker than her are beneath her. She won’t take any blame for the wrongs she commits.

This leads to an unexpected turn of events in F.E.A.R. 3, where Fettel and the Point Man must reunite to stop their mother. Fettel, now cast out and rejected, has nothing to lose. Alma’s pregnant, and the new sibling could end the world. The brothers finally unite to stop the cycle of pain. 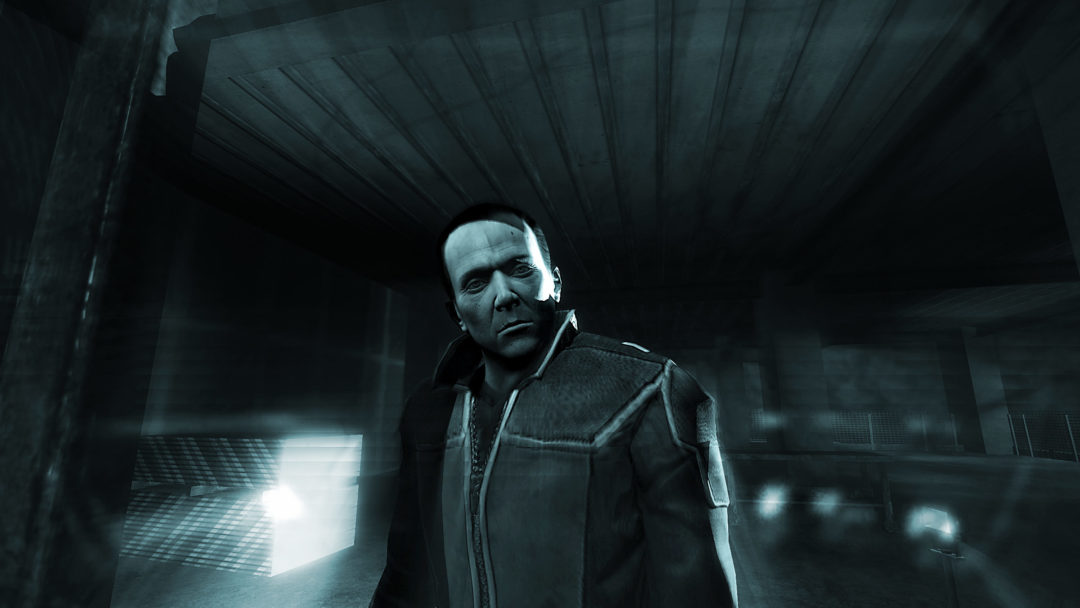 F.E.A.R. 3 doesn’t have much in the way of actual scares, but developer Day 1 Studios delivers a solid game about confronting the past. You revisit the city where everything started and come face to face with everyone that Alma and Harlan corrupted. Becket’s only a shell of his former self, furious and disturbed by what he went through. When he realizes who Point Man and Fettel are, he’s ready to try to kill them in retribution.

In the end, the only way to defeat Harlan, who haunts you throughout F.E.A.R. 3 as he tries to protect this new sibling, is to literally shatter reminders of old memories. Only by letting go of the past can you finally see Harlan for the monster he truly is.

His human form isn’t his true self — Harlan’s true self is revealed as a demonic entity who spews rage as you stand your ground. He is nothing but hatred, denial, and cruel judgment, a monster on its last legs. Putting him down is a moment of sincere closure for the brothers. This doesn’t wipe away past grudges though.

Once the Point Man and Fettel reach Alma and the baby is delivered without causing the end of the known world, one last family rivalry has to end. Fettel and the Point Man have very different ideas of how to raise the child, so they finally find out who is the most powerful. It’s implied that the “favorite son” is assisted by Alma in the fight, suggesting that this is one last squabble for parental approval.

If Fettel wins, the cycle continues, as he intends to raise the baby to be just like him and devours Alma to gain her power. If the Point Man wins? The cycle finally ends.

The Point Man was the family black sheep. He’s not a gifted psychic — he’s just a good soldier with excellent reflexes. He doesn’t want power, just to be free of pain, which for him is to be free of his family.

He’ll carry the scars they inflicted upon him, but he was able to rise above that strife. When the Point Man stared into the abyss his father unleashed, he could have broken under its glare like Alma, or embraced it like Fettel.

It took bravery to escape, and the hope that there was a way to live beyond misery. He can’t change his family or their past actions, but he can raise his little brother free of them. In the end, that’s all any of us can do.