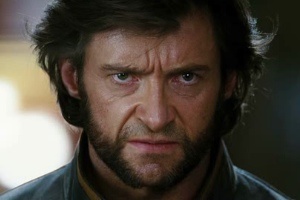 The FBI are investigating the source of a leaked version of the upcoming Wolverine movie.

On Tuesday, an incomplete version of X-Men Origins: Wolverine was leaked on to file-sharing sites where it was downloaded an estimated 100,000 times. 20th Century Fox described the leaked copy as a “stolen, incomplete and early version” and “was without many effects and had missing scenes and temporary sound and music.”

One user wrote on film website aintitcool.com, “The CGI is missing and the movie looks horrible without it… even if you see the work print you’re still going to have to go see it in the theatre to fully experience the full movie with CGI effects fully intact.”

Fox quickly had the film removed, and then informed the FBI, who are said to be “actively investigating” the crime. The studio added that their content is forensically marked, so they should be able to trace the person who uploaded it. One possible lead is the brief caption at the beginning of the film which reads ‘Rising Sun Pictures’ and is dated 2 March, 2009. Rising Sun is an Australian visual effects company that worked on the film, although they were understandably quick to deny any involvement.

In a statement, the company’s chairman, Tony Clark, said “From the reports we’ve had, the stolen material is a work in progress version of the film with many incomplete sections. As we worked on individual sequences within the film, neither RSP nor its staff members have ever been in possession of a full-length version, so it would have been impossible for the movie to have been leaked from here.”

“It’s common practice for work in progress between us and the production to carry vendor watermarks and for these works in progress to be integrated into various edits of the film for screenings, which would explain why our name appears,” he added.