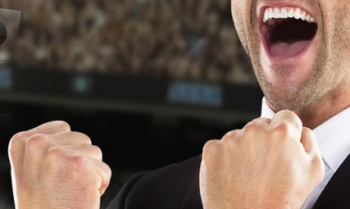 A feature in the game’s crack has allowed the developer to track the IP addresses of every person who pirated the game.

Are you one of the 10.1 million people who pirated Football Manager 2013? If so, developer Sports Interactive knows where you live! The game’s crack, which surfaced around May, had a feature which allowed Sports Interactive to track the IP address of everyone who pirated the game, allowing them to gather some interesting statistics about where the world’s biggest pirates are. The devs were, however, relatively good humored about the staggering statistics, stating that it is “ridiculous” to equate the piracy with lost sales.

The figures revealed, somewhat unsurprisingly, that China had the most pirates, clocking in at 3.2 million copies. Another 1.05 million were from Turkey, and Portugal game in third at 781,785. A single illegal download was logged from inside the Vatican City. Even men of God are tempted by Football Manager‘s addictive management gameplay.

Football Manager producer Miles Jacobs said only about 1.74% of pirates would have purchased the game had a crack not been available. This is a small percentage, but it does adds up to $3.7 million in lost revenue. Based on decreased activations, Jacobson believes 176,000 sales were lost as a direct result of the crack, a negligible percent of the 10.1 million.

He also stated that only around 18% of people who pirated the game have played it more than five times, showing that the vast majority of pirates simply pirate a game to try it out.

Sony Exec: Indie Revolution is “Over”