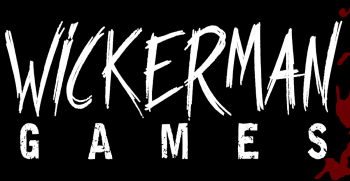 Former CD Projekt RED developers, who worked together on the Witcher 3: Wild Hunt, have announced the launch of a new game studio.

Chris Hardwick and Dan Cordell have officially announced the launch of an Independent UK-based game development studio Wickerman Games. Hardwick and Cordell met when both were employed at CD Projekt RED, while working on The Witcher 3: Wild Hunt. The two have a combined over 15 years worth of experience in the industry.

The press release states that the company was founded on “a few very simple principles.” The first principle listed is “transparent development.”

“This means we will be sharing as much spoiler free content as we can during development,” the press release reads. “Allowing you access to our prototypes for larger systems, our 3D content, time lapse videos of us working – anything we can. Our idea is to give you all a front row seat into the game development process. This will all be done on a weekly basis for free.”

Another principle mentioned is “respect for both the customer and staff.”

“If we learned anything from our time at CD Projekt RED, it’s that treating your customers well, really just makes life better for everyone involved, after all it is your hard earned cash you are parting with. As the old saying goes “if it ain’t broke don’t fix it” so we shall also be offering content DRM free (where possible) with a substantial amount of post-release support.”

The studio is hoping to merge their “unhealthy obsession” with pen and paper RPGs with their love of computer games, with a focus on dynamic storytelling and player choice. “Choices should matter and have a dramatic effect on the outcome of the plot and as such the game world needs to be built in such a way to accommodate this.”

The Incredible Cosplay of DragonCon Part 2