On January 11th of this year, I wrote up the customary film critic Oscar nominations commentary piece, “Gold Bugged.” Writing it up only a few hours after the nominations themselves were announced, my goal was the same as every other movie person writing the same basic article: Take a guess at where Hollywood’s big award show was going, winners-wise, and offer up my own guesses and the logic I used to get there.

And, like a lot of those other movie people, it’s beginning to look like I got it wrong. Very wrong. Wrong to a degree that’s likely to make me look downright foolish come Monday morning (the big show happens this coming Sunday, 2/24). It would be both foolish and something approaching dishonest to try and undo my projections (well, one projection in particular) now – the original article was an accurate representation of what I thought then, just as much as this piece is accurate to my thoughts now.

But the reasons behind this now very likely egg-on-face moment for my industry are interesting to me, especially in the context of “Oscar Blogging” having become an entire subsection of movie journalism in and of itself, inspiring fierce competition and bitter rivalries not seen in this medium since the glory days of Pauline Kael and Andrew Sarris’ feud. So let’s have a look at where things went all squirrely.

First things first: The pending embarrassment heading toward me and many other would-be prognosticators has a name. Argo.

Argo, you may recall, was a really pretty damn good movie that came out earlier in the year to solid box office and positive reviews, my own included. Directed by and starring Ben Affleck, it’s the true story of how a CIA agent teamed with a pair of world-weary Hollywood movie veterans to stage a phony movie production as elaborate cover for a daring mission to spirit un-captured Americans to freedom during the Iran Hostage Crisis.

In my initial appraisal of this year’s awards, the only real mind that I paid to Argo was to note the seeming injustice of Affleck receiving no nomination for Best Director despite the film itself being nominated for Best Picture. Even then the dishonor wasn’t exclusively his; he was simply the also-snubbed alongside Zero Dark Thirty’s Kathryn Bigelow, whose film was more recent and more of a cultural event – being, as it was, about the killing of Osama bin Laden.

At the time, Bigelow’s snub was the scandal of the show. Zero was probably the most talked-about “serious” movie in the world (or, at least, the United States) at that moment, racking up awards from film critics groups but also racking up an unprecedented two-way stream of political backlash, with right-wing partisans seething against what they saw as a vicarious Obama victory-lap while their left-wing counterparts instead imagined an endorsement of Bush/Cheney-era torture policy. It was that second part that added sizzle to the “Bigelow was robbed!” streak (right-wing punditry has about as much pull in the world of American entertainment journalism as a newsletter published by koalas exclusive for koalas in Esperanto) – was reflexively-progressive Hollywood punishing ZDT and its director for (seemingly) breaking ranks?

Affleck’s snub, meanwhile, was seen as unjust but also business as usual. He’s still regarded as a neophyte filmmaker in a field packed this year with heavy hitters. The film had been released too early (in October) to still be fresh in voters’ minds. Most damning of all, it was too “slight;” a respectable, workmanlike potboiler from the “feel good” school of spy thrillers. Good enough for Best Picture, sure (especially with the flexible rules for number of nominees) but not necessarily something that would A) win the Big Prize or B) rate a recognition of its director … certainly not in a year where Steven Spielberg, Ang Lee and Michael Haneke also had qualifying films.

As such, I made the same calculation that a lot of other Oscar pundits did, that Argo (and Zero Dark Thirty) were both no-goes as likely Best Picture winners owing to both common sense and precedent. Historically, only three films (and of those only one in the modern era) have ever won the award without also having Best Director nomination, and the last time it occurred (Driving Miss Daisy in 1989) is widely derided as one of Oscar’s great blunders (Born on The Fourth of July, Dead Poets Society, Field of Dreams and My Left Foot were also nominated). There are, to be sure, a lot of automatic disqualifier variables that go into calculating The Oscars (comedies almost never win, chances decrease the further a release date is from December, etc.) but No Best Director = No Best Picture is probably the most reliable constant.

As such, the prediction pundits settled into a comfortable paradigm. Argo and Zero were both out. Amour is too much of a downer. Django is too violent and radical. Beasts of The Southern Wild and Life of Pi are too divisive. Les Miserables disappointed at the box office and with critics. That pretty much left it down to a horse race between Lincoln – a seeming Oscar Juggernaut if there ever was one (America’s most celebrated director, the world’s most celebrated actor, history’s most celebrated U.S. President) – and Silver Linings Playbook, an acting showcase feature and thus a significant force among The Academy’s all-powerful Actor’s Bloc voters.

In my piece, I went Team Lincoln. Partially because I did really like the movie (and loathed Silver Linings) but mainly because it seemed to make the most sense. Spielberg. Daniel Day Lewis. Abraham Lincoln. The thing might as well have come pre-stamped as an Academy Award Winner. But whichever team you were on, one thing was certain – nobody was talking about Argo. 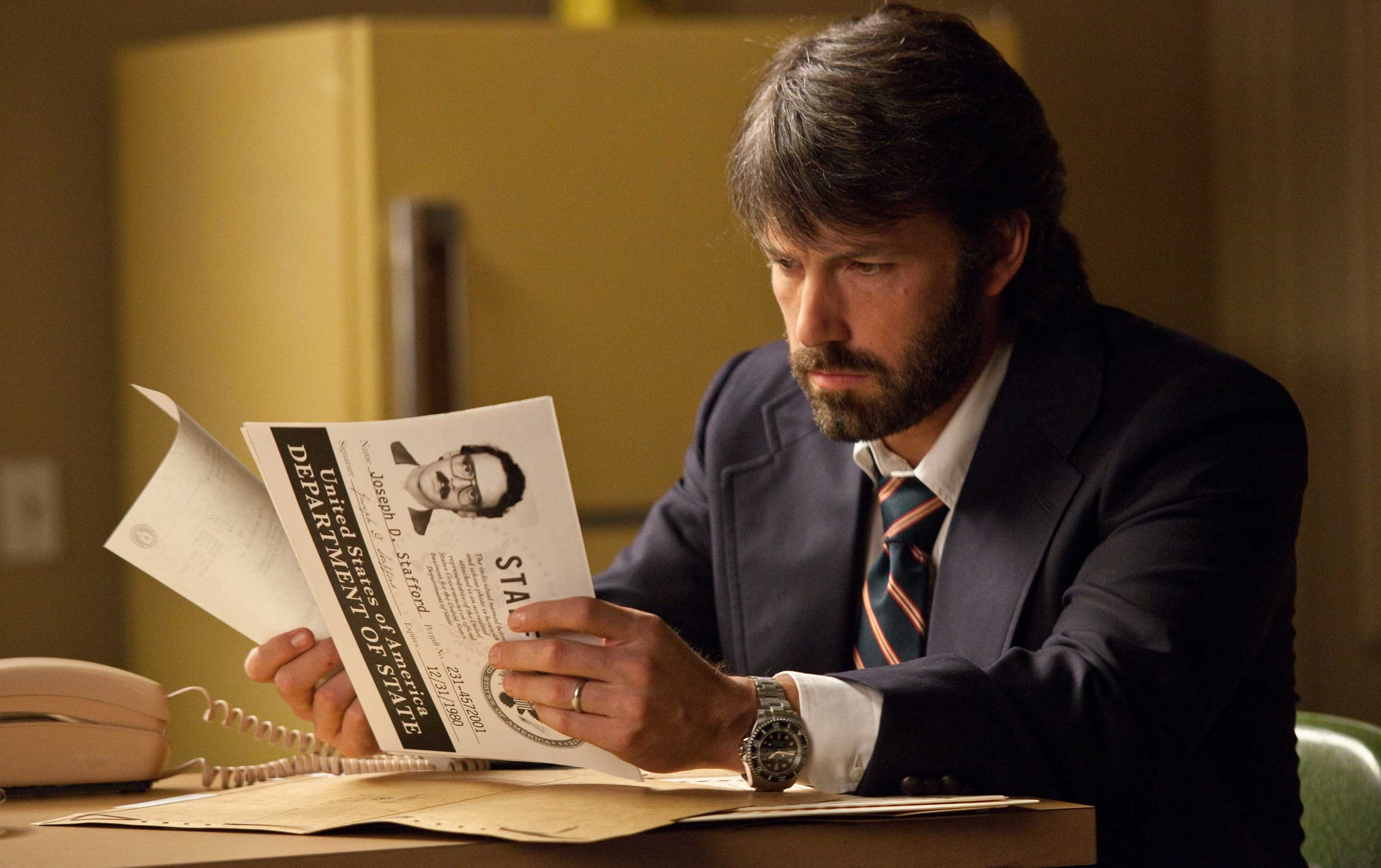 To date, Argo has won the Writers Guild of America award for Best Adapted Screenplay and Best Cast from the Screen Actors Guild, both awards previously expected to go to Silver Linings Playbook. From the Producer’s Guild? Best Picture. From the Director’s Guild? Best Director: Ben Affleck – a move that can’t help but be interpreted as an intentional corrective to the earlier snub. The Golden Globes (a joke of an award show, but often seen as a tastemaker’s bellwether) gave it Best Picture: Drama and Best Director, so did The BAFTAs (rather unexpectedly) and The American Film Institute.

That’s a murderer’s row of gold statues, and it belies an emerging truth: Argo is now the presumed frontrunner for (and likely winner of) Best Picture at Sunday’s Academy Awards. At this point, even if it doesn’t win, a great number of people who try and guess at these things for a living, myself included (at least for one or two episode/articles a year) seriously missed the boat on this one.

How did that happen?

The math, to be certain, was theoretically sound: released too early, no director nomination, other competitors seemingly stronger, etc. If anything, it’s likely that if Argo pulls it out this year en route to its true destiny as a TNT Network Sunday afternoon fixture for the rest of eternity things will snap back into place for next year and it will become another exception that proves the rule. But did we miss something? Yes, I think we did. I certainly did. In fact, I’d say there were two huge factors that should’ve been taken into account… and weren’t.

Hollywood, as an industry, likes to think of itself as less a city/business/community in the U.S. and more like an extension of it. If America’s self mythology of “exceptionalism” holds that the best and brightest from around the world strive to come here and to become Americans, Hollywood’s self mythology is that the most exceptional Americans want to come there so that their talent and creativity can turn them into pop culture gods. While the notion of “liberal Hollywood” is, from my perspective, vastly overstated, it is a business largely made up of Americans who see themselves as Global Citizens representing the social/ideological cutting edge of The United States – Hollywood as “America: Just the Good Parts.”

But that doesn’t make it immune to the stirrings of good old fashioned patriotism, particularly in a year just after an election where one Barack Obama – the President most associated with the entertainment industry since at least Reagan and most associated with so-called “Hollywood values” ever – scored a dizzying knockout victory. The stars and stripes were flying high over the movie business when 2012 came to a close, and it’s reflected by the presence of not one but four major Best Picture contenders (Django Unchained, Argo, Lincoln and Zero Dark Thirty) being rooted in iconic American history and indeed American politics.

Once you start reading the tea leaves in the context of this being the year of “America: F*** Yeah!” at The Oscars, the question becomes which feature best captures that particular spirit. Django? Not quite – too dark, too mean. Zero Dark Thirty? Very possible, but probably has too much moral ambiguity about its own subject matter. Lincoln? Also possible, but it’s talky for a long time en route to the big “Hell yeah, Thirteenth Ammendment!” payoff.

Argo, on the other hand? Argo is triumphant. Argo is exciting. Argo is fun, while also being smart, and grounds itself in a scenario where a little unapologetic “Yeah, we’re pretty awesome” cheerleading feels appropriate – a good guy scoring a big win against bad guys, straight and simple.

Let’s not beat around the bush. The failure to acknowledge this part of the story qualifies as embarrassing negligence on my part and on the part of many others. At the end of the day, there are few things The Academy is more receptive to than being told how great they are (see: The Artist). And while Argo admirably avoids taking that part of its makeup to an extreme, it’s very much still there.

It almost seems too simple a call to make, and yet so few made it. Hollywood can certainly appreciate films lionizing the heroism of Lincoln in ending slavery or the heroism of intelligence agencies in running down the mastermind of 9-11, but the movie where Hollywood itself is part of the Hero Team rescuing embattled innocents from hostage-hood? Of course they were going to love that. So why did we overlook it, for no better reason than the incidental lack of a secondary nod for its director?

One way or another, The Oscars air Sunday Night, at which point we’ll find out how wrong I actually was.

Video Shows Plasma Rain on the Surface of the Sun