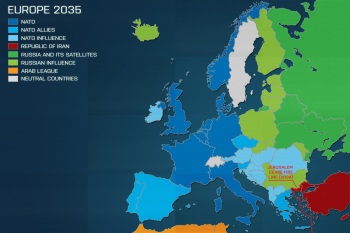 Under Greek law, the Arma 3 developers accused of spying have to be put on trial within 120 days of arrest.

Ivan Buchta and Martin Pezlar, the two Bohemia Interactive developers currently imprisoned on espionage charges for allegedly recording images of Greek military installations, will face further delays before their first trial date. Greece is currently in the throes of a general strike, paralyzing the entire Greek judiciary system, and that means Buchta and Pezlar won’t be going up in front of a judge any time soon.

Buchta and Pezlar’s lawyer, Panagiotis Eleftherjoy, said that, under Greek law, the Arma 3 developers had to be on trial within 120 days of their arrest. Their arrest took place on September 9th, so there is still some time to go; but without a functional judiciary system it seems unlikely Greece will make the court date within the 120 day limit. A Czech Embassy spokesperson confirmed that “there will be no paperwork done [by the Greek Courts] until the strike is over.”

There’s no telling when that will happen; they’re scheduled to end October 20th, but could be extended. The strikes are in protest against austerity measures – part of a €11.9 billion ($15.4 billion) austerity package – that many Greeks consider grossly unfair. Members of the Greek police, army and navy have joined the judiciary and ordinary citizens in their protest march. When German Chancellor Angela Merkel visited Greece, in what was seen as a bid to prop up the newly elected Greek government and its reforms, she was greeted by upwards of 300,000 angry protestors. Greece has received EU and IMF bailouts worth a total of €240 billion (slightly over $340 billion US) with no end in sight to its economic woes, and its continuing membership of the EU remains uncertain.

Given that, it seems unlikely that the strikes will end any time soon; Buchta and Pezlar may be waiting a very long time for their court date.