For this week’s Issue of The Escapist, “Alphabet Soup,” we could think of no industry insider more qualified to pen an editor’s note than Hal Halpin, President of his own “alphabet,” the ECA. -Ed. 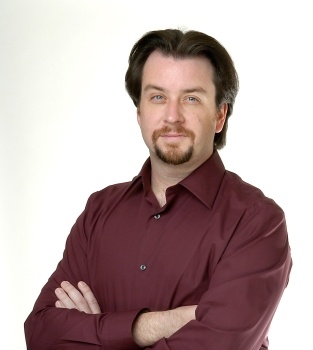 I may be responsible for more than my fair share of the acronym problems ’round these here parts, but it’s only because the organizations and business that I’ve been involved with were best served by blindly flowing the lead of others who had successfully blazed the trail.

The business-to-business publishing company that I ran, which only the old-timers will remember for brands like GameWeek, GameJobs, Game Over and GameDaily (sensing a theme?), was called CyberActive Publishing, Inc., ( CAPI) – “CyberActive” because it was a blend of two words that seemed to capture where the sector was moving, “cyberspace” and “interactive.” Why “CAPI” and the intentional and equally unnecessary abbreviation? Because IDG (International Data Group) and ZD (Ziff Davis) already set the standard.

Names are an important thing in the print publishing business, and that likely translated to the software publishing industry. Take GameWeek, for instance, which was originally titled Video Game Advisor … yup, VGA. It was immensely popular with its readership of retail buyers, but not so much with advertising agencies and media buyers. Back then, the industry was noticeably divided: In the one corner were the computer game developers and publishers, and in the opposite corner were the console guys. Showing up to a sales meeting with NovaLogic, Spectrum Holobyte or MicroProse pitching with a shiny new issue of Video Game Advisor, in retrospect, may have been a tad ambitious.

So we rebranded the magazine GameWeek, changed the format to tabloid size and gave it a distinctively newsy look and feel a la Variety or Billboard. We upped the frequency from monthly to twice monthly (and for a period of time, weekly), and the readership responded with even more love. Some of that translated into the PC guys admitting that the product was worthwhile and they quickly became steadfast supporters.

Over the next few years, as developers became more comfortable with multiple formats, from PCs to consoles to mobile and online platforms, I decided to try and stay ahead of the curve by slapping the words “interactive” and “entertainment” together and announcing to our staff that the magazine would henceforth be known as Interactive Entertainment (IE). That news went over like a lead balloon. One staffer even cried. I had no idea how much people loved the name GameWeek – to me it was always about the content, not the brand. I persisted, being the stubborn Irish bastard that I am, and Interactive Entertainment stuck.

Not long after, I was walking back from a lunch meeting with Doug Lowenstein, then head of the Interactive Digital Software Association (IDSA), which later became the Entertainment Software Association (ESA), when I inquired why there was a trade association for publishing companies (his), another for software developers (the Interactive Game Developer’s Association, which later became the International Game Developers Association), but there wasn’t an entity to represent the retailers. Doug replied that it had been considered before, but people interested in organizing them always had an ax to grind. With that devil-in-his-eye look that he was famous for, he offered me a challenge: “Hey Hal, the retailers all know you because of the magazine and their buyers trust the publication. Why don’t you give it a shot?” I’m all but certain he was giving me a hard time, but on the flight back to New York I started thinking about it. “IDSA … IGDA … IEMA!” And so the “Interactive Entertainment Merchants Association” was born.

Almost a decade later, we successfully merged the IEMA with a parallel trade group that represented DVD and VHS retailers called the Video Software Dealers Association (VSDA). Post-merger, the combined group was renamed the Entertainment Merchants Association (EMA), which made a lot of sense because the IDSA had since become the ESA, so the VSDA becoming the EMA follows naturally.

Finally, almost three years ago, after taking note of the great trade organizations representing developers, publishers and retailers, but not consumers, we embarked on a journey to fill that void. We gave its name a lot of consideration, actually. But you wouldn’t think so after reading this story: We called it the Entertainment Consumers Association (ECA). ESA = publishing companies; EMA = game retailers, and ECA = game consumers. Hey, at least we in the non-profit old-fart world make our acronyms easy to figure out – although I still have to Google half the messages on my Twitter feed just to understand them!

Hal Halpin is the President of the Entertainment Consumers Association (ECA), the non-profit membership organization which represents gamers in the U.S. and Canada.

TGI: Power in the Making