Han Solo is back in the cockpit of the Millennium Falcon.

The team behind the upcoming stand-alone Han Solo movie have just released their first picture from the set, signifying that cameras have started rolling on the feature. It also gives us our first look at the cast for the film, and I must say that it’s great to see Han back in the cockpit of the Millennium Falcon. Check it out below: 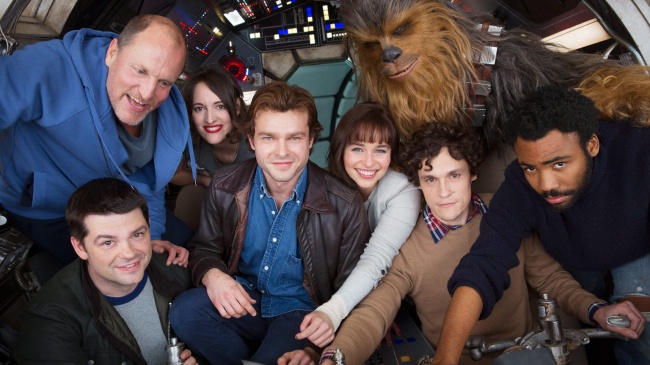 Despite rumors of a delay, the release date for the film is still slated for May 25, 2018.

I must say I had my doubts about Alden Ehrenreich, being a relative unknown, but he looks almost natural as Han. What do you guys think?