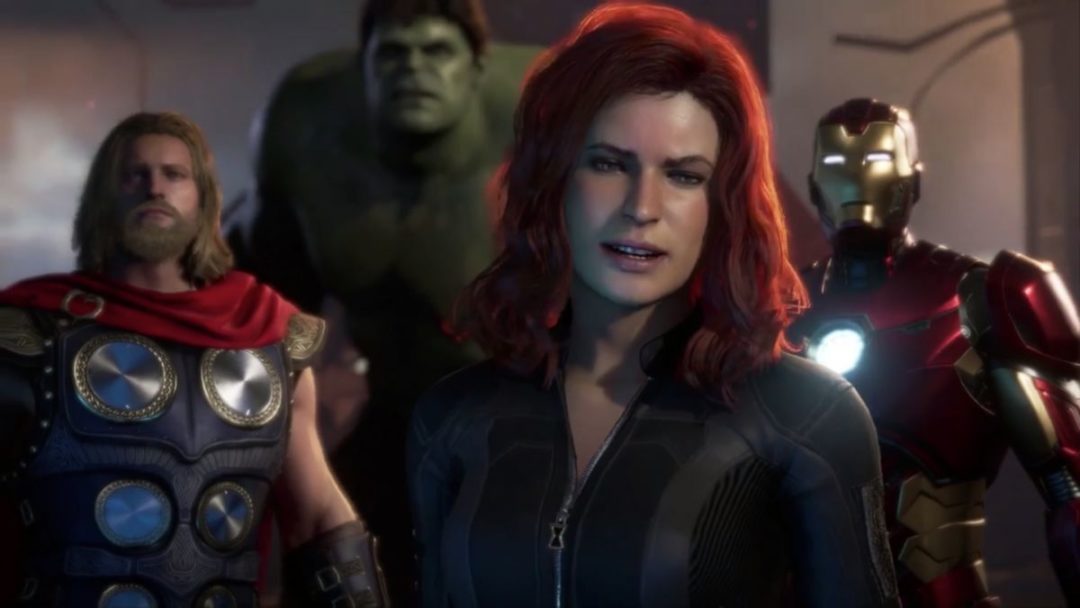 The Avengers are a pop cultural juggernaut pounding the entertainment landscape into submission. While Earth’s Mightiest Heroes within the Marvel Cinematic Universe embody humanity’s ideals and virtues, the Avengers are, in reality, goliaths. At the behest of the all consuming Disney corporation, the beloved team of Marvel superheroes are ruthless box office conquerors slaughtering their feeble competition until they whimper: “Martha!” Heroes like Captain America, Iron Man, the Hulk, Black Widow, and Thor venture forth on endearingly humorous, fun, and movie-trend setting escapades while Ant-Man Paul Rudds himself into our purses and steals our rent money. When it comes to film, the Avengers truly are the Silver Surfer to Disney’s gluttonous Galactus. The Avengers’ cinematic success, however, hasn’t translated over to video games and Square Enix’s Avengers isn’t going to change that based on its debut at E3 2019.

Even though MCU fans have craved a AAA team-up game since 2012’s world-conquering Avengers movie, the fiscally insatiable Disney has been uncharacteristically peckish when it comes to video games. The house of mouse regards the gaming community like a gluten dietary restriction, making Marvel titles akin to its Star Wars games: it licenses the characters out in profoundly limited quantities, focusing on mobile games rather than blockbusters. Disney’s Marvel only recent big budget game releases have been Marvel’s Spider-Man and next month’s Marvel Ultimate Alliance 3: The Black Order.

Marvel’s Avengers brings Square Enix, Disney, and the nascent Marvel Games into untested, dangerous waters. Despite maintaining a working relationship with Disney via the delightful yet incomprehensible Mickey Mouse meets Final Fantasy crossover Kingdom Hearts franchise, a big budget Avengers title is a more ambitious yet reputationally perilous endeavor. Square Enix and modern Tomb Raider developers Crystal Dynamics and Eidos Montreal have been trying to whip up an Avengers video game into peak Chris Evans style physical condition for years, yet there wasn’t much to show for Marvel’s Avengers when it finally made its big E3 2019 press conference debut.

And it looked horrendous. Unveiled at the tail end of a press conference highlighting an oppressive number of indistinguishable role-playing games, Crystal Dynamics presented Marvel’s Avengers, the video game license crown jewel, with a thudding cinematic full of ugly renderings of iconic characters and barely any footage implying how the game will play. Not even Tobey Maguire era Spider-Man could prevent this trainwreck. These Avengers looked like uncanny mistranslated copies of their MCU incarnations, rough off brand toilet paper compared to plush, real deal Charmin.

The reveal only got worse from there.  Even though the title has a playable demo at E3 2019, none of that footage was displayed at the press conference. Instead, perplexed audiences from around the world were treated with a pep rally of vague statements that raised more questions than they answered. Is it always online? Is it a game as a service? Is there an offline single player mode? How does the game actually play? Despite a far off May 2020 release date, these are important questions for any major live service AAA reveal, yet Square Enix couldn’t even deliver the necessary information needed to sell the game.

This is unacceptable. Marvel’s Avengers, or an equivalent Marvel game, deserves to be of the same caliber as a Marvel Studios production. It deserves care. It deserves love. It deserves Disney to give a damn.

Even though Marvel movies offer directors and actors new avenues to explore their creativity, the MCU itself is a well oiled machine. Disney wouldn’t tolerate it if the farcical Marvel’s Avengers was in the MCU. Disney should show the same respect to its video game adaptations as well.

Ratchet & Clank: Rift Apart Reminds Us of the Joy of Adventures with Friends

Loki Depicts a Fugitive from Continuity