Remember the Nintendo Wii? After the Nintendo GameCube was the console equivalent of a Chinese gymnast, well crafted and colourfully dressed but painfully undernourished, remember how Nintendo followed it up with something that resembled a UFO cult’s purity testing device and it sold better than mouthwash outside a blowjob factory and everyone was all like “Ooh motion controls are the future of gaming” and I was all like “No, they’ve only attracted a short-term crowd of gimmick-loving trend followers and ultimately the long-term core audience of gaming plays to relax and unwind and not morris dance around the fucking living room.” And then the consoles were all like “Don’t listen to grumpy trousers! Motion controls all round!” Ten years on and the Xbox has had to sheepishly remove its Kinect like a hat at a funeral. The PlayStation Move is relegated to backup Christmas-themed sex toys. And the Wii itself is consigned forever to the leaky trough of consumer history with all its brown gunk encrusted controllers and cheaply made third party hidden object games about Toy Story cast after it. And I’m still exactly where I was but with a slightly nicer chair so looks like I won, hunter duckers. Still, the legacy of the Wii remains with us with every twinge of waggle induced tendonitis and of course the concept of the Mii.

Wherein players construct a sort of refrigerator magnet homunculus they can pretend looks like them to insert into certain first party Nintendo games with nonspecific protagonists and the general vibe of an animation on a bowling alley TV. A genre to which we can now add Miitopia. A full on party-based RPG you can populate with the refrigerator magnet homunculi you have on your Switch. Thing is, I don’t have any Miis on my Switch, Miitopia. This is the first I’ve fucking heard that the Switch still has a Mii creating facility. I thought it was just my device for playing indie games while on the plop. Unlike with the Wii and the 3DS the Miis aren’t central to the user experience, I haven’t randomly acquired a bunch via Streetpass or from inviting people over to play strip Wario Ware. So every time Miitopia needed a Mii to fill an upcoming role I had to make a new one from scratch. And if you could imagine an arse so tiny that it could only poo out a turd one millimetre thick like a length of brown dental floss, that is how little I could be arsed to do that.

So for each one I told it to randomly generate a bunch and I’d just pick one that looked vaguely like a celebrity. And that’s the story of how the stalwart adventuring party of me, Moby, Betty Boop and Sinead O’Connor united to battle the evil dark lord Brian De Palma. I know this all sounds about as substantial as a campaign for healthy eating fronted by late period Marlon Brando but there’s something about Miitopia that I felt makes it worth talking about. It’s quite intriguing to see an attempt to design a narrative-based game while designing as little narrative as possible. The plot is, Brian De Palma is evil dark lording across a generic fantasy world with all the visual identity of an example website from the 90s and we, the protagonist, have been enlisted by fate to stop him. Over time our party expands as one by one various cartoon characters and music celebrities knock on the door of our motel room and tell us they will be joining our quest. Not exactly Arthur meeting Lancelot, is it. All subsequent interaction between party members takes place through randomly selected generic conversations, making the epic tale of our struggle against darkness about as dynamic and engaging as reading a book of madlibs that you filled in the last time you were completely sober.

Having said that, there’s a surprising depth to it at times. There’s a Persona-esque mechanic where party members increase their friendship levels by hanging out and that gives you extra benefits in combat so there’s actually a point to it in stark contrast to that Tomodachi Life bollocks. No romances, though. God no. Learned our lesson there. Engaging with sexuality on any level in today’s enlightened age is like going paddling in the Marianas Trench. Then at one point one of my dudes hid behind my main dude one too many times and they had a falling out so my main dude started getting sulky and prone to errors until the other dude apologised enough times, and this is the kind of organic storytelling shit I wanted to see as it lets me pretend I have actual friends. Comparisons to Persona end pretty quickly though ‘cos Persona, right, is an RPG, whereas Miitopia is a fucking slot machine. It lies at the unmentionable stain on the bedsheet where consoles games and mobile games met and vowed never to speak of again. Everything in this game is a gamble. For one thing, you can’t control your party members in combat, so all strategy is out the window. I’ll pacify Goblin Dentist A with my Jolly Interesting Facts About Animal Husbandry attack so Halle Berry and Sinead O’Connor can focus damage on Goblin Dentist B. Hopefully.

Oh dear, turns out Sinead O’Connor is going to focus damage on whatever she bloody well pleases and Halle Berry is just doing that fucking useless attack that raises her friendship level with everyone in the party which is great for her instagram I imagine but isn’t going to help much with the Goblin Wisdom Tooth Extraction that’s about to boink all our healthbars. And all the benefits you get from friendships are random as well. Maybe your next Soggy Biscuit attack will randomly do triple damage because your two mates in the party both made a contribution. If you fail a boss fight, just go straight back in and try again and hope for luckier rolls of the dice. But that’s not all – each level consists of running on a conveyer belt for five minutes like Hanna Barbera characters in a budget crunch and battling a monster or two, then you go back to the motel for some admin, and maybe you decide to buy some new equipment, but even that is a fucking gamble. You give a party member money and they might buy a slightly more powerful sword or armour for themselves or they might come back with a half-empty bottle of mouthwash and a parking receipt from the blowjob factory.

But crossed fingers and prayer don’t make for a good skill ceiling, so to compensate for all the randomness there’s the Sprinkles mechanic. How this works is, at any point during battle you can pause and then give yourself all your health and magic back. That’s it. Kinda feels like a last minute spackle sort of gameplay mechanic. There is a limit to it but even so it kinda makes healing spells and items completely obsolete. At least it creates the one element of twitch gameplay when you have to make sure you slam the pause button and sprinkle all your health back before Moby wastes his turn eating a fucking healing banana. Randomness as always had this tendency to hack your brain to keep pulling on the slot machine handle and Miitopia certainly manages that, as I played it intensely for most of a fucking week before I realised how wafer thin it all was and stopped. On reflection, it’s all so half-hearted. There’s a Final Fantasy V style jobs mechanic that starts with Warrior, Mage and Priest that basically cover all the damage, magic and healing bases and then a whole bunch of random useless jobs that read like someone was making them up while glancing around an office. Popstar! Scientist! Chef! Pot plant! Er. Cat. Staple remover. I only made up that last one. So on the whole, won’t recommend unless you really want to dress up Sinead O’Connor as a cat and watch her go to town on a goblin like it’s a picture of the Pope. 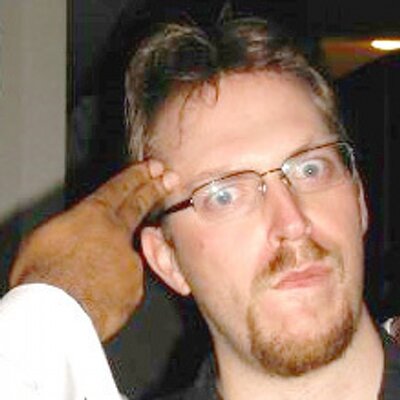 Battlefield 2042 Has No Campaign Mode