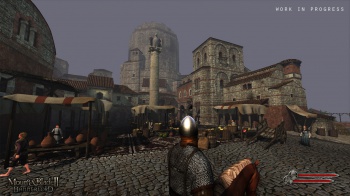 TaleWorlds Entertainment, the team behind the Mount & Blade series, is striking out on their own for the foreseeable future.

There comes a time when every young and wide-eyed game development studio must leave the nest and forge a path for itself. Well, maybe not every developer, but it is the case for Mount & Blade creator TaleWorlds Entertainment. After more than five years working with publisher Paradox Interactive, the team is moving on as an independent (and presumably self-published) developer while it continues work on Mount & Blade II: Bannerlord.

“As of January 31st,” Paradox posted in its community forums, “Paradox Interactive will be handing over the reins for Mount and Blade back to the developer, TaleWorlds … We feel honoured to have fought beside you and at our final parting of ways would bid our farewells with a gift which has automatically been added to your Steam library.”

What is this gracious parting gift, you ask? It seems that anyone who owns Mount & Blade on Steam will find themselves invited to participate in the Early Access alpha for Paradox’s upcoming Magicka: Wizard Wars, which normally costs at least $13 to buy into. Meanwhile, TaleWorlds is focusing on the development of Mount & Blade II – apparently the series has found a large enough audience that the developers don’t need to rely on a large publisher anymore, and hopefully can reap more profit for their hard work by going solo.