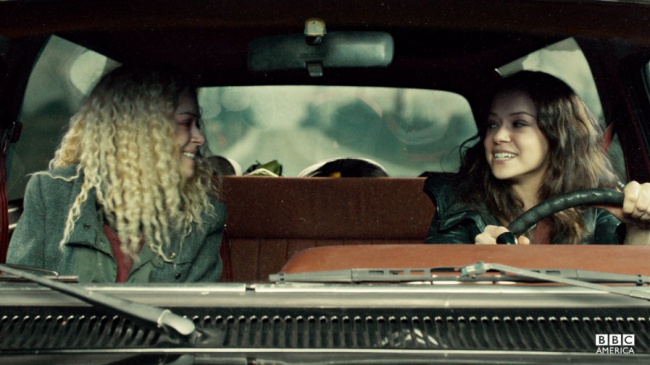 Editor’s Note: You guessed it. This is a recap of Season Two, Episode Six of Orphan Black. Spoilers are a necessary evil. You’ve been warned.

When we last left the intrepid clones, Sarah and Helena were about to embark on an ass-kicking journey to find Swan Man, the potential overlord of the clone experiments. Cosima, Delphine and Leekie were continuing testing against Rachel’s orders. Alison was still in rehab and Rachel was making swift moves on her new Monitor, Paul.

Also in the last episode, we found just how unprogressive the modern Proletheans really are. Their shiny, wholesome façade was broken down when Henrick and his wife Bonnie sewed their daughter’s lips shut and locked her in a crude jail cell until she was ready to tell the truth about her attempt to kill Helena.

I’ve been fascinated with the Proletheans this entire season. Orphan Black has definitely answered my early wishes for a more well-rounded portrayal of the Proletheans, something more akin to season one’s depiction of the Neolutionist movement. From Henrick as the charming leader with a devious passion for reclaiming the clones for the service of his Lord, to Bonnie’s chilling decision to cut any emotional ties to her own daughter in the wake of the “greater good”, this set of Proletheans has been both more sympathetic and more repulsive than last season’s cut-and-dry Thomas.

Although I’m aware it would be pure fanfare, I hope to see a scene in the remaining episodes where the Ukrainian clone gets to exact vengeance on this group for taking something that belongs so intimately to her. I don’t think we’ll get out of this season without such a scene as Helena is a fan favorite and very central to this plot, but I’m hoping it comes with a destruction-at-all-costs type showdown.

Speaking of fanfare, episode six opens with everyone’s favorite sisters out on a road trip to Cold River, a place only Helena seems to know about. While Sarah and Helena are roughing it out on the road, Cosima and Delphine must deal with the reappearance of Scott, Cosima’s colleague from season one.

Scott initially found Cosima’s synthetic genetic sequence last season and now is approaching the Dyad as a potential employee. Scott drops the bomb that he already knows about the clones, which makes it a hell of a lot harder to dismiss that job application of his.

Meanwhile, Alison trudges through rehab and comes face to face with Sarah’s violent ex-boyfriend Victor. He seems to be reformed and although Alison comes right out and admits that she and Sarah are clones, he plays the statement off as just part of Alison’s attitude. Not surprisingly, Victor’s reformation is a front for something more sinister. Working with Angie Deangelis, Art’s former partner, Victor has agreed to provide Angie with any dirt he can find on Alison in exchange for the complete drop of any and all of his charges. 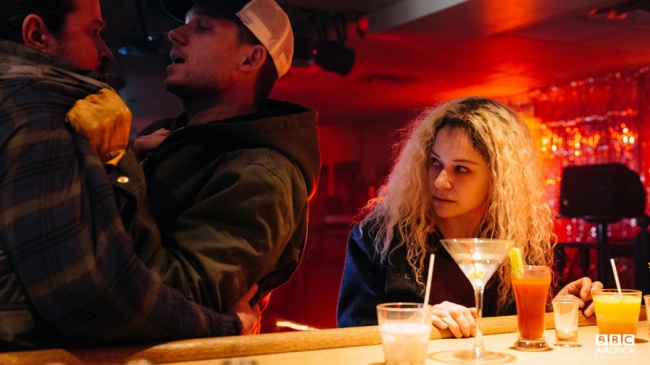 Helena leads Sarah to a church that she believes is the last known sighting of Ethan Duncan. There she finds out that “Cold River” is actually the Cold River Institute, a mental institution that served as the original “breeding ground” of the cloning experiments. She also learns that Prof. Duncan’s new codename is Mr. Andrew Peckham and uses her Detective Art hookup to track down Ethan.

During Sarah’s search for information, Helena ignores the wise words of her seestra and heads into a nearby bar. There she flirts with a local in the only way she knows how: taking shots and challenging him to an arm wrestling competition. This is a nice escape for Helena, a chance for her to experience the real world in some small way, although it doesn’t end nearly as sweetly as it began. Helena can’t seem to resist a good, old-fashioned bar fight and her violence lands her in the county police station.

At the station, Henrick’s daughter Gracie shows and explains to Helena that the Proletheans only want to reunite Helena with her “children,” the eggs that Henrick took from Helena and has now “made whole.” Gracie explains that Henrick plans to implant Helena’s eggs back into her body so that she may have the chance to give birth to the child she’s always wanted. Intrigued by the prospect of her own children and spurred on by the fact that Sarah didn’t show to claim her at the station, Helena voluntarily leaves with the Proletheans. 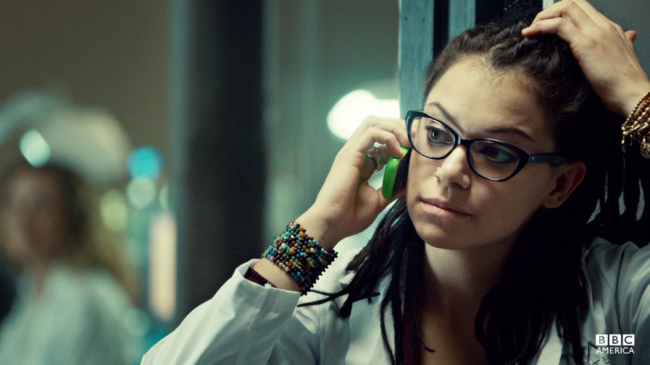 Meanwhile at the Dyad Institute, Scott’s on to something. While researching stem-cell growth kinetics, Scott decides to check for patents similar to those the Dyad has on the clones. Instead he finds that the stem-cells he’s researching belong to a familial female relative of the clones, perhaps a niece or even a daughter. Seems a bit too close to Kira for my liking. Delphine makes the decision to not tell Cosima about this information, which is a bad move since it’s a surefire way to break Cosima’s trust in Delphine when she finds out, which will undoubtedly happen. Otherwise, the scene itself is pretty vague which means more insight into this stem-cell mystery must be in the upcoming episodes.

On the trail for Pechkam, Sarah again comes face to face with Siobhan, who just so happens to be at Mr. Peckham’s house. According to Mrs. S, Peckham left his scientist ways and joined the clones’ side about twenty years earlier, earning him a spot in Mrs. S’ witness protection program. Sarah then comes face to face with Peckham himself, a skittish, slightly neurotic old man. Sarah grills him and gets a quick lowdown on everything Project LEDA. Susan and Ethan Duncan were recruited by the military to successfully clone human embryos. After being classified an ethical failure by the military, the Dyad Institute shows up to persuade the Duncans to continue their experiments, essentially taking over Project LEDA.

Peckham also admits some troubling news about Dr. Leekie. Apparently, Aldous Leekie had not only prevented Ethan and Susan from raising Rachel, but also had a hand in murdering Rachel’s mother and forcing her father into hiding for the past several decades. 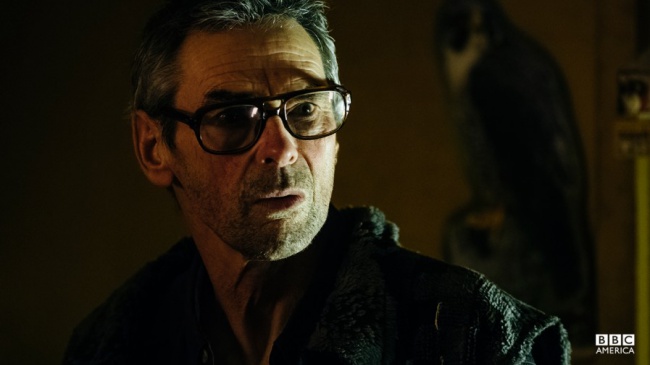 Episode Six definitely took an interesting turn. Although it started out with a decent dose of fluff scenes including Alison and Vic bonding in rehab, Helena singing “Sugar, Sugar” on her road trip, and the Ukrainian’s attempt at flirting, the episode switched into a heavy downpour of information about Project LEDA and Ethan Duncan. Duncan, now Andrew Peckham, has been hiding in plain sight for years from Dr. Leekie. As my earlier hope for some good in the Dyad Institute, I’d wanted Leekie to keep that white knight persona although I’m not surprised he’s actually the real brains behind this operation. Since the first season, Leekie has been a good face for the Neolutionist movement. He’s charming in the same way that Henrick is and he does well to play this likeability up when he needs to, but he’s already had a hand in one previous murder (Olivier from season one) and nothing is ever so black and white in Orphan Black. Leekie is smart enough to play both sides, but it will be interesting to see if his compassion wavers when it comes to Cosima and her treatment.

Even more interesting is Helena’s shift from seestra-cheerleader back to voluntary Prolethean. I’m not so sure anymore if we’ll get that Helena-vengeance scene I mentioned earlier. I knew Sarah’s stubbornness would bite her in the ass and I think this is the tipping point. Not going to reclaim Helena from the police station was a bad move on her part. I can understand Helena’s shift as it’s always been apparent that family is a huge deal for her and the lure of having her own child is just too much, especially when she believes her own sister doesn’t care for her any longer. It’s just a real shame that Sarah doesn’t seem to view Helena as worthy of her time or care. Without Helena in the picture, I think Sarah’s about to head to battle without a valuable asset in her corner. I’d not be surprised if it propels Sarah down a losing streak in this Dyad/Clone war.

Although there was less action in this episode, this kind of information-heavy chapter is necessary to propel the plot forward in the next few episodes. With only 10 episodes in a season, Orphan Black is steadily ramping us up for this season’s final episodes where there is sure to be more bloodshed, although let’s hope it comes from some retribution and not out of Cosima’s lungs.

Animazement Cosplay Gallery 2: All The Princesses

How to Roleplay Engaging Conversations