“You’re playing the Pokemon thing right there, aren’t you?”

It’s a sad truth that there have been some weird stories surrounding the release of Pokemon Go, including people quitting their jobs, walking off cliffs, and accidentally crashing into parked police cars while playing the successful AR mobile game. But now, in one of the less harmful and possibly funniest situations, the game has successfully distracted a State Department spokesperson who was trying to talk about ISIS.

John Kirby, a US State Department spokesman, was delivering a briefing on efforts to combat ISIS when he suddenly stopped mid-sentence in order to call out a reporter – because he was playing “the Pokemon thing,” aka Pokemon Go.

“As the Secretary said earlier today though, and I think it’s an important reminder… you’re playing the Pokemon thing right there, aren’t you?”

The reporter responded by saying “I’m just keeping an eye on it,” and Kirby finished his briefing. At the end, before taking a question from someone off-screen, Kirby asked the unidentified reporter if he got one, to which the reporter responded “No, the signal’s not very good.”

“I’m sorry about that,” Kirby responded, although there’s something that makes me think he wasn’t actually sorry about it. 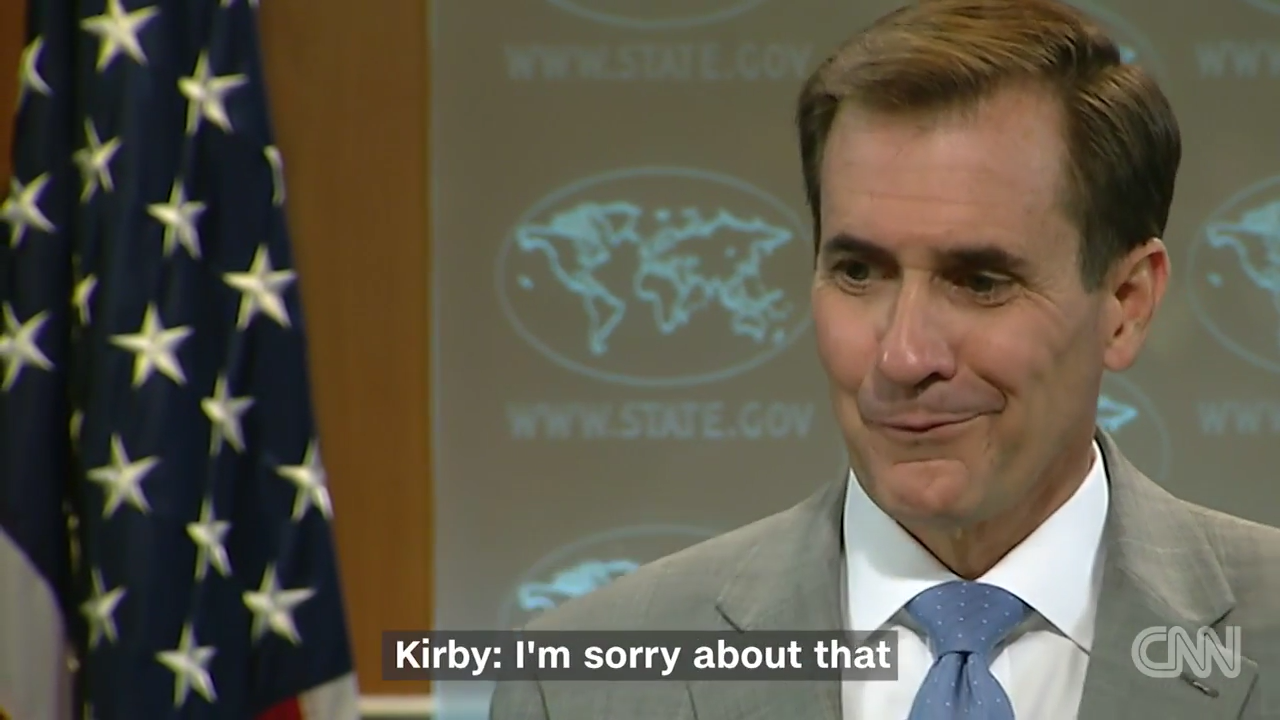 In other news, Pokemon Go has finally released in Japan.