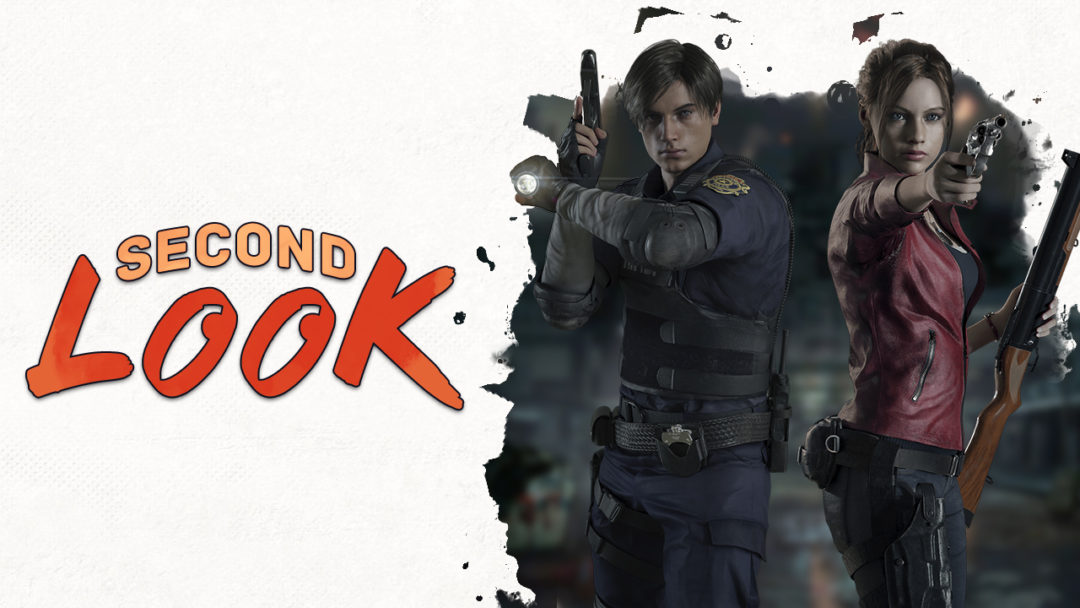 Co-op was always meant to be part of the very first Resident Evil game, but the series has never had much luck with the feature. Resident Evil Outbreak has its fans but never hit mainstream success, and Resident Evil 5 was even more divisive. The two entries that harnessed multiplayer the most were Resident Evil 6 and Resident Evil: Revelations 2, which were critically panned and largely ignored respectively. Today, they get a much deserved reexamination.

Resident Evil 6 isn’t scary. It’s definitely gory and horrific, but you’ll never quiver in fear. Honestly, you’re not supposed to. The game is The Avengers of the Resident Evil universe, gathering characters from multiple entries to unite against the resurgent Umbrella Corporation. It also had some of the most forward-thinking multiplayer designs of the seventh console generation.


Before everyone was taking notes from Dark Souls, Resident Evil 6 was first to borrow FromSoftware’s idea of campaign invasions. Anyone could infiltrate your game as any enemy with the potential to completely derail you. This feature worked in every chapter of each campaign, with custom controls and measured out spawn placements. You could disable the feature if you preferred to avoid it, but it was balanced well enough that not many players did.

Resident Evil 6 not only boasted four full-length, two-player cooperative campaigns but four-player crossovers. This was over two years before Destiny would popularize the idea of shared-world experiences where you could wander into other people’s games. Like a comic book tie-in, two completely different stories intertwined, with each pair of characters boasting unique mechanics and abilities that clicked together seamlessly.


Chris Redfield’s campaign was a military cover shooter. Leon S. Kennedy’s was a foreboding hybrid of Resident Evil 2 and 4. Sherry Birkin’s combined a brawler, shooter, and stealth game and even had vehicle sections. Making all of those elements play together under one control scheme was an incredible design and logistical feat. Most games would have made the four-player boss fights DLC or side content. Instead, they’re front and center, pushing multiple plots forward each time they intersect.

Resident Evil 6 also preceded Destiny 2’s Gambit mode by over half a decade with the introduction of Onslaught mode. While it’s only 1 vs. 1, the same core principles apply. You fight AI enemies to charge up a meter, and when that meter fills, you send those enemies your opponent’s way. If they’re clever, they can eliminate them and return the favor. Neither of you directly attacks the other, making the match a race against time and a test of skill.

You can taunt when melee-executing enemies, sending them over sooner with higher aggression. It’s a competitive take on the series’s staple Mercenaries mode that rewards players experienced with fighting AI rather than humans.

The rest of Resident Evil 6’s competitive DLC was also miles ahead of its peers. Predator mode pitted five human players against a sixth player as the indomitable Ustanak boss character. It evoked the same asymmetric cat-and-mouse survival multiplayer later found in Evolve and Dead by Daylight. The only difference is that in Resident Evil, the mice bite back.

This asymmetry grew deeper still with Siege mode, which had players work with AI survivors to defend against biomutants controlled by an opposing team of players. It used all the groundwork from campaign invasions to build a dynamic search-and-destroy mission that emphasized constant movement.

Rounding things out was Survivors, which is arguably the only mode that didn’t break any boundaries. However, it did have a unique respawn system where players became a biomutant after they died until they eliminated another human. I’d like to see that sort of respawn system applied to a battle royale game at some point.

While Resident Evil 6 wasn’t the game fans expected, it pushed the envelope in ways few contemporary developers could dream of. Unfortunately, none of that innovation applied to the two-player co-op. The characters had unique abilities and gear, and the AI partner system worked well, but it paled in comparison to what would come next.

Revelations 2 came at a time when series fans were dubious of Capcom’s future installments. It flew under the radar and into obscurity. It’s a shame the title’s release was caught in the shadow of Resident Evil 6, as it turned its predecessor’s foundations into a gripping survival horror title. 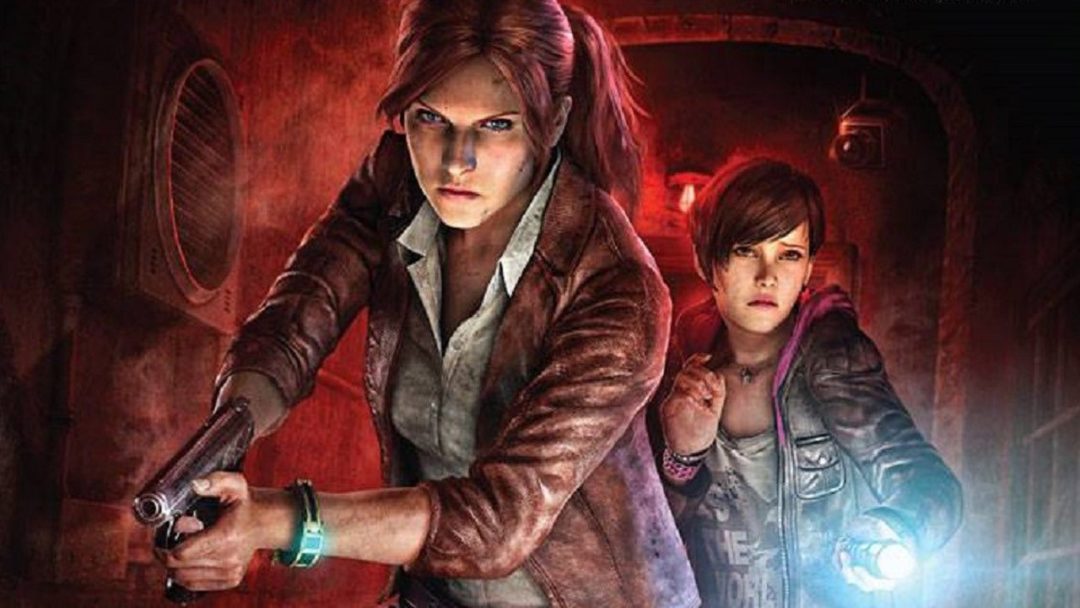 Revelations 2 explains what Claire Redfield and Barry Burton were up to during Resident Evil 6, since they were two of the only no-shows to the biomutant melodrama. It turns out that they were both caught up in the scheme of an evil scientist working on an isolated Eastern European island. Luckily they weren’t trapped there alone.

Where Resident Evil 6 focused on campaign variety, Revelations 2 instead focuses on its characters. When playing as Claire and Barry’s daughter Moira, the campaign resembles classic Resident Evil, with a hefty dose of towering biomutants. But Revelations 2 also surprisingly features some design elements found in Super Mario Galaxy.

A childhood gun mishap in Moira’s home makes her refuse to use a firearm for the entirety of the main campaign. Instead she wields a flashlight and crowbar; to balance this she can’t be instantly killed and regenerates health automatically. Meanwhile, the veteran survivor Claire isn’t as spry as she used to. Clair can only heal with a limited supply of green herbs and first aid kits, but her arsenal expands over time.

This interlocking asymmetry shifts how you approach every encounter. You actually want Moira in front, as her flashlight can stun enemies and find valuable bonus items in the environment. Plus, if she takes a hit, it’s not a permanent hindrance like it would be with Claire. You start setting up combos with your partner, chaining stuns with melee hits to eliminate foes without wasting a bullet. There are even team finishers that require both Claire and Moira to strike to deliver the most damage. 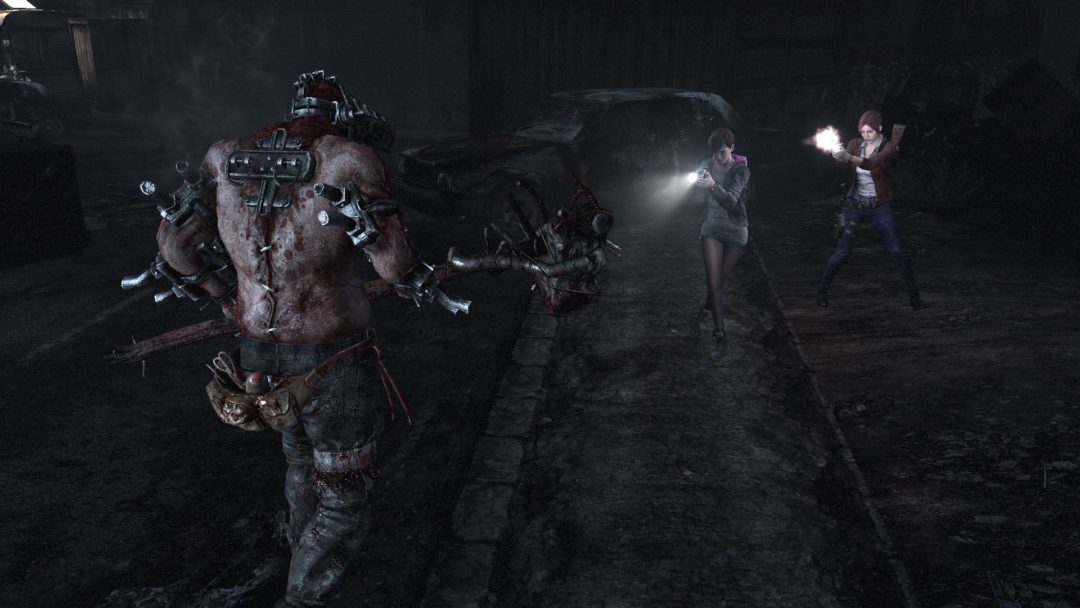 Your teamwork only grows stronger through inventory management and the implementation of a full skill tree. Moira can be buffed and unlock additional cooperative moves. Her support focus makes her a perfect character for players that are new to survival horror. They can focus on finding supplies and solving puzzles while their more genre-savvy partner fights off waves of undead.

Barry’s Revelations 2 campaign is set six months after the events of Claire and Moira’s, and he faces all-new challenges. Barry effectively incorporates both Claire and Moira’s ability sets, wielding a full set of weapons and a flashlight from the start. But the game’s foes have also evolved.

Threats that can eat bullets or turn invisible linger around every corner, just waiting to pounce. Luckily Natalya, a young girl Barry saves, is a psychic who can reveal the creatures to Barry. She can even spot their hidden weak points, which helps him take down foes as quickly as possible. This may be the first survival horror game where a pointing function is critical to navigating certain sections. Just like Moira, Natalya can help Barry solve puzzles. Plus, her small size also makes her great at exploring the environment.

The resulting gameplay dynamic has been compared to The Last of Us, but that’s selling Revelations 2 short. The Last of Us’s AI partners were certainly helpful for brief moments, but on average they’re little more than thematic set dressing. Revelations 2 makes each character fundamental to surviving its torturous challenges. Each pair is a matching set that snaps together perfectly. While it might not boast the budget or scale of bigger titles, Revelations 2’s story stands shoulder to shoulder with the main Resident Evil titles.

It’s appropriate that the newly announced Project Resistance is a hybrid of these two spectacular multiplayer experiments. The title promises four player co-op with unique characters boasting special skills, all facing off against an antagonistic Umbrella player. That Umbrella operative commands not only zombies but bosses. It could very well be the summation of Capcom’s years of bold experiments. However mutated Resident Evil might’ve become over the years, Capcom’s willingness to adapt has kept the series on the cutting edge.

Call of Duty: Modern Warfare Will Offer a Battle Pass, No Loot Boxes

Ryse: Son of Rome Is the Past and Future of Console Gaming

Too Human Is Garbage, Which Makes It More Exciting Than a Normal Game Like Prey