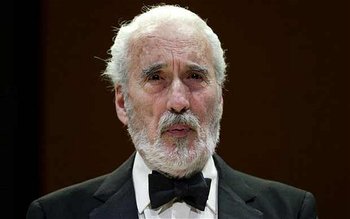 As most of you know by now, Sir Christopher Lee passed away since my last Dark Dreams column ran. By now nearly every other site on the web with even the slightest connection to horror has had their say about this incredible human being, but that’s not going to stop us from sharing some amazing facts about the horror legend and his extraordinary life. The truth of the matter is that the life and career of Lee only serves to further the adage suggesting that reality is stranger than fiction. In addition to his impossibly prolific film career, Lee was a world champion fencer, a part-time opera singer, a polyglot who mastered and was fluent in six languages, and a superior golfer according to close friends. He also released a heavy metal album in his late eighties to the delight of fans. But I’m getting ahead of myself. Let’s start at the beginning.

Sir Christopher Frank Carandini Lee was born to an Italian contessa on May 27, 1922. He wasn’t just Hollywood royalty – he was actual royalty who could trace his lineage to Emperor Charlemagne. He was also related to Confederate general Robert E. Lee. Lee was step-cousins with Ian Fleming, the creator of James Bond. Some say Fleming modeled Bond on Lee due to his military experience during World War II, but we’ll get back to that in a minute. Fleming wanted Lee to play Bond or, at least Dr. No, but it didn’t end up happening in the end.

As a small child Lee met Prince Yusupov and Grand Duke Dmitri Pavlovich, the now infamous assassins of the mysterious Russian monk Rasputin. In 1966 Lee would take on the role of Rasputin for the Hammer Horror film Rasputin the Mad Monk.

When he was seventeen Lee witnessed the death of the murderer Eugen Weidmann in Paris, the last person in France to be publicly executed by guillotine. In fact Christopher Lee was said to have a morbid fascination with public executions. It’s been reported that Lee knew the names of every official public executioner employed by England, dating all the way back to the mid-15th century. He’d get to see his fair share of death during the war. 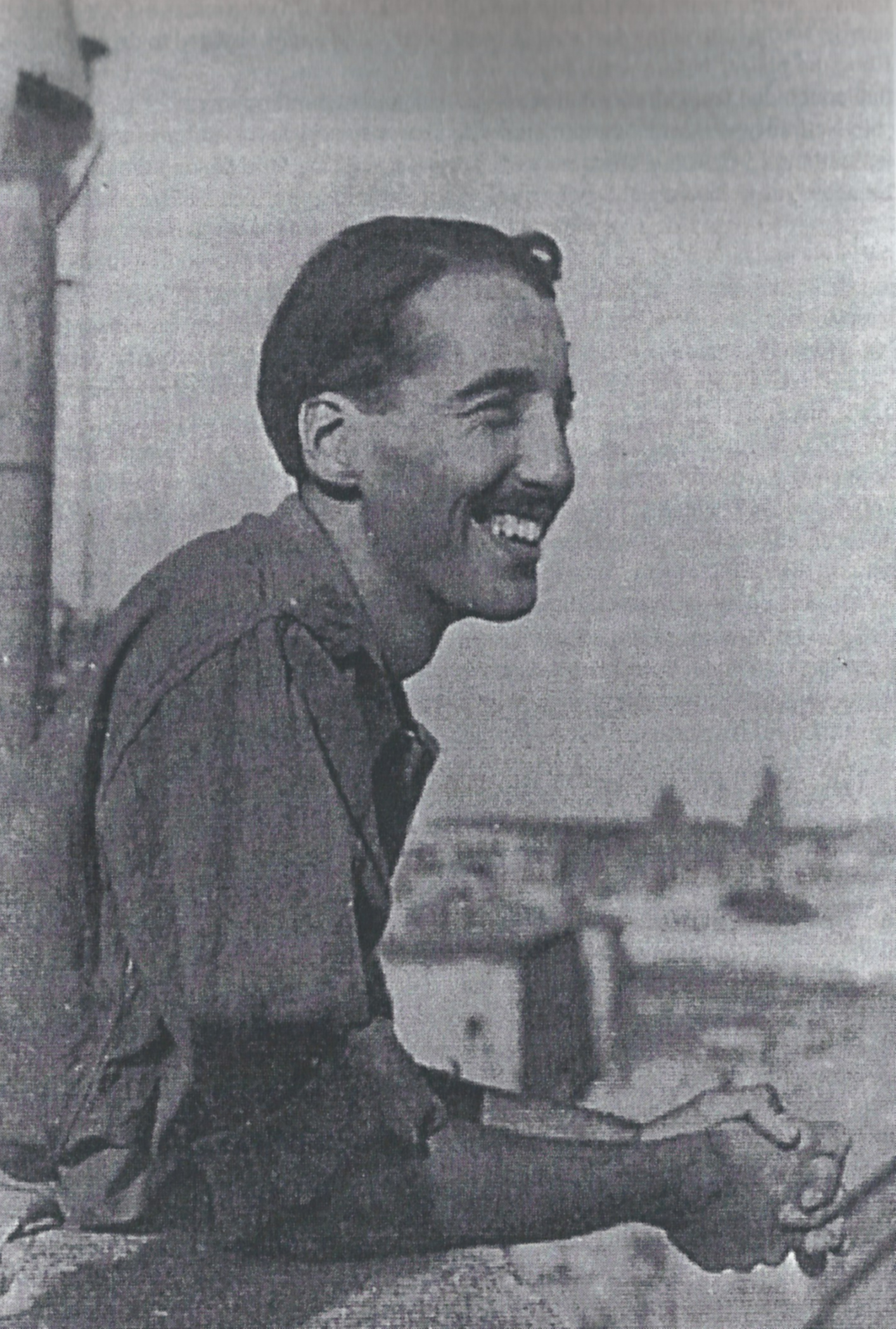 Lee joined the Royal Air Force but wasn’t allowed to fly because of vision problems. He signed on to be an intelligence officer for the Long Range Desert Patrol, a forerunner of the modern day SAS, Britain’s special forces. During World War II Lee fought the Nazis in North Africa, often having up to five or six missions a day. He helped recapture Sicily and is credited with preventing a mutiny among his troops. Far from the superhuman he’s often portrayed as, Lee nevertheless defied his mortality at every turn. During his time in service he contracted malaria six times in a single year. He also recklessly climbed Mount Vesuvius three days before it erupted in 1944.

As the war effort heated up and the tide began to shift in favor of the Allied Forces Lee was moved from the LRDP to Winston Churchill’s most elite Special Operations Executive. Those missions are still classified to this day. All we know about them is that they involved espionage, sabotage and reconnaissance in occupied Europe against the Axis powers. To be clear we’re talking about the fact that Christopher Lee was a spy who hunted Nazis in enemy territory. The nickname for the unit he belonged to was “The Ministry of Ungentlemanly Warfare.”

A true patriot up until the moment of his death, Lee never revealed details of his service in the SOE, other than to say he’d seen countless men die in front of him: So much so that it had hardened him to the idea of death.

“Having seen the worst that human beings can do to each other,” Lee said, “the results of torture, mutilation and seeing someone blown to pieces by a bomb, you develop a kind of shell. But you had to. You had to. Otherwise we would never have won.” 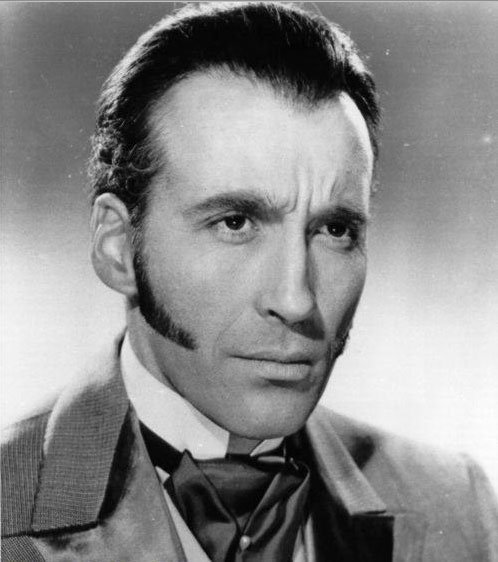 By the time World War II was officially over Lee had received commendations for bravery from the British, Polish, Czech and Yugoslavian governments. But he wasn’t done. Since he spoke both French and Italian he spent his post war years continuing to hunt Nazis with the Central Registry of War Criminals and Security Suspects. He did this for several years before deciding to give acting a try at the age of twenty-five.

Turns out acting suited the dapper war hero. His initial success came from his portrayal of Count Dracula in a series of devolving Hammer Horror films. Nevertheless by the time he passed away he was officially credited by the Guinness Book of World Records for most screen credits, having appeared in over 260 film and television movies. In fact in 2008 Guinness recognized him as the most connected actor in the world, with his two and a half degrees of separation beating out even Kevin Bacon. They also awarded him the record for the tallest leading actor – six foot five inches – as well as for starring in 17 films featuring himself in a sword fight.

During one such filming for a movie in 1955 called The Dark Avengers Lee nearly lost a finger and was permanently injured by an inebriated Errol Flynn. Lee cut off Flynn’s wig in retaliation. Horrified Flynn fled the set, refusing to return until Lee told him it was an accident. Considering his wealth of real world combat experience during the war it’s no wonder Flynn was nervous. Lee had seen his fair share of death by this point, and as he pointed out it had changed him.

While he’s universally known for his iconic portrayal of Dracula in countless Hammer films, he also starred as the Mummy and Frankenstein’s monster. Other villains Lee portrayed include Fu Manchu, Lord Summerisle in The Wicker Man, Scaramanga from the Bond series, Mephistopheles, and Rochefort of the Three Musketeers – where he did such a good job of playing the role that the character is now popularly shown with an eye patch even though this detail was never in the original work. It was Lee’s idea to add that touch. Of course, these days he’s remembered by geeks and nongeeks alike for his later mainstream portrayals of Saruman in The Lord of the Rings trilogy and Count Dooku in the terrible Star Wars prequels. He also played a laundry list of other famous characters from literature and pop culture including Sherlock Holmes, Sir Henry Baskerville, and even the figure of Death itself! 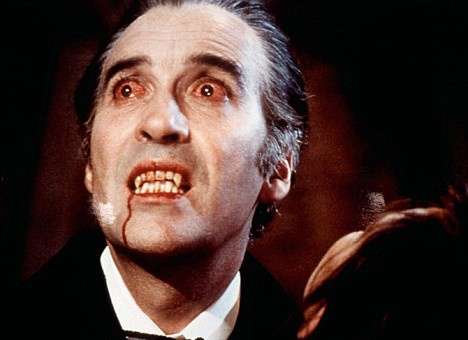 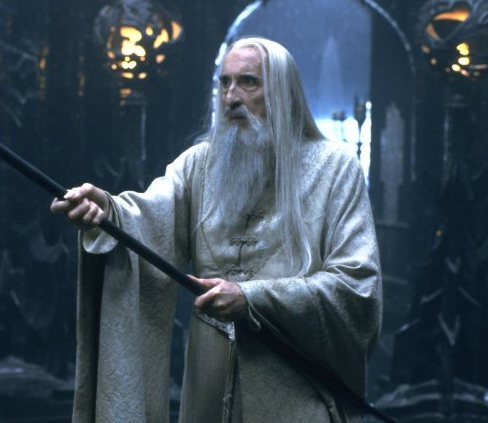 It is a well known fact that Sir Christopher Lee was a major Tolkien fan and it has been widely reported that he read The Hobbit and the Lord of the Rings trilogy once a year for the most of his life. It’s a lesser known truth that Lee was the only member of the cast to have met personally met Tolkien, running into him by accident in a pub one afternoon and having a complete fanboy moment on his favorite author. Lee later said that Tolkien gave him his blessing to play Gandalf in any future Lord of the Rings movie.

When Lee found out that the Lord of the Rings trilogy was slated to be made into a series of big budget Hollywood features he intentionally took a role in a low budget television reboot of Robin Hood as a wizard to show people he’d make a great sorcerer. Later he sent Peter Jackson a personal letter explaining his great desire to be in the movies, along with a picture from the show dressed up in full wizard garb. Jackson ignored the recommendation of Tolkien and cast him as Saruman owing to his reputation as the perfect movie villain. Later during his death scene in Return of the King director Jackson gave Lee explicit instructions on how to capture the essence of a man dying from being stabbed in the back. Lee’s response floored Jackson as he deadpanned that unlike the rest of them he had actually seen people being stabbed in the back and knew exactly what sounds they made while dying. No wonder Errol Flynn locked himself in his trailer years before! 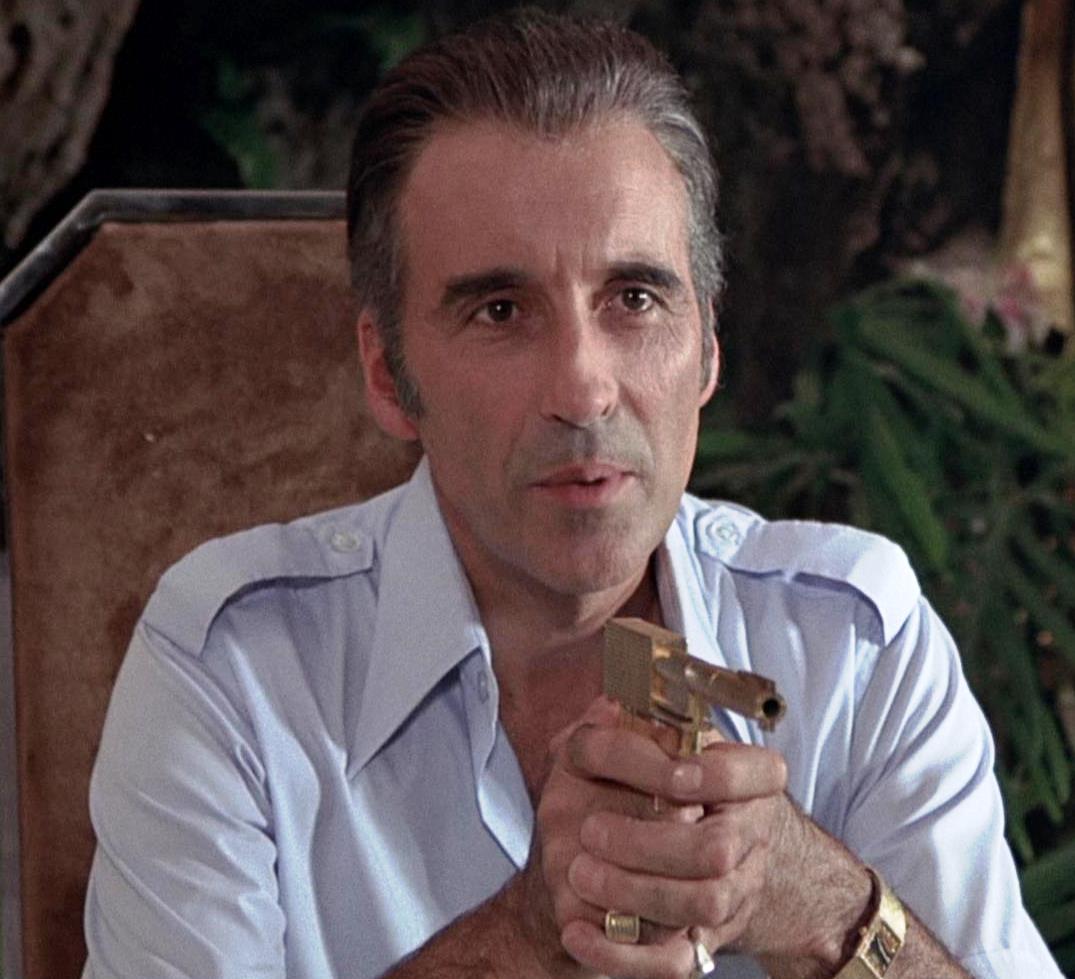 In the 1950s Lee was engaged to Henriette von Rosen, the coveted daughter of Count Fritz von Rosen. The Count was one of the few people that hated Lee, however. In fact he was so desperate to keep Lee away from his daughter that he hired personal investigators to dig into his past and offered rewards to anyone willing to come forward with dirt on Lee. When that failed to unearth anything he took it to the next level, demanding that Lee get the blessing of the King of Sweden to marry his beloved Henriette. Naturally Lee got it. Shortly before the wedding, however, Lee ended the engagement, saying he was concerned that his financial insecurity in his chosen profession meant that she “deserved better” than being “pitched into the disheveled world of an actor.” Considering his unprecedented level of success, it was a shame she let him go.

Lee was later introduced to a Danish painter and former model named Birgit “Gitte” Krøncke by mutual friends. They later married and had a daughter, Christina Erika Carandini Lee who married Juan Francisco Aneiros Rodriguez. Both Lee and his daughter Christina provided spoken vocals on Rhapsody of Fire’s album From Chaos to Eternity. Lee was also the uncle of the British actress Dame Harriet Walter.

As I mentioned earlier, Lee was known as a fan of heavy metal music. In 2010 at age eighty-eight, after having worked with several metal bands since 2005, he finally accomplished his “lifelong” dream of releasing a heavy metal album entitled Charlemagne: By the Sword and the Cross. It won the “Spirit of Metal” award from the 2010 Metal Hammer Golden Gods ceremony so Lee followed it up in 2012 with a metal Christmas album and then [i]Charlemagne: The Omens of Death[i] in 2013. He was the oldest metal performer, and the oldest musician to ever hit the Billboard music charts.

Contrary to popular belief, Lee did not actually have a vast library of occult books.

“Somebody wrote I have 20,000 books,” Lee explained with a laugh during a speech he gave at the University College Dublin in 2011. “I’d have to live in a bath! I have maybe four or five occult books.” He further admonished the students against baneful occult practices, warning them that he had met “people who claimed to be Satanists. Who claimed to be involved with black magic. Who claimed that they not only knew a lot about it”; however, he himself had certainly never been involved: “I warn all of you: never, never, never. You will not only lose your mind, you’ll lose your soul.”

He passed away on June 7, 2015 at 8:30 in the morning at the Chelsea and Westminster Hospital in London after being treated for respiratory problems and heart failure just a handful of days after celebrating his ninety-third birthday. His wife delayed the public announcement of his death for a few days so she could break the news to their family and close friends. Within hours he was being celebrated all over the world on social media, over radio airwaves, and podcasts and entertainment reports. Sir Christopher Lee was a larger than life figure who left a major impact on us all. He will be missed.

Thanks for taking the time to read through our special tribute to him. I’m always interested in what you think, so feel free to add more about him in the comments. Follow me on Twitter and Facebook, visit my site, and above all else, stay scared! 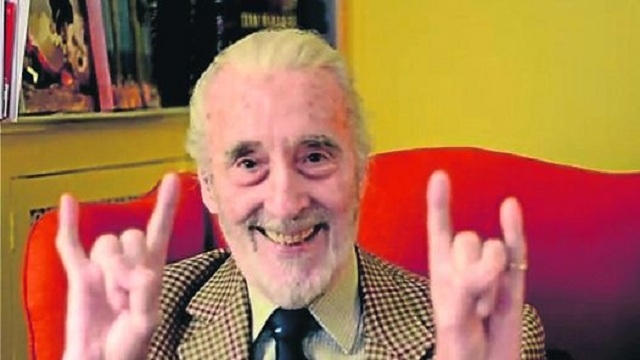