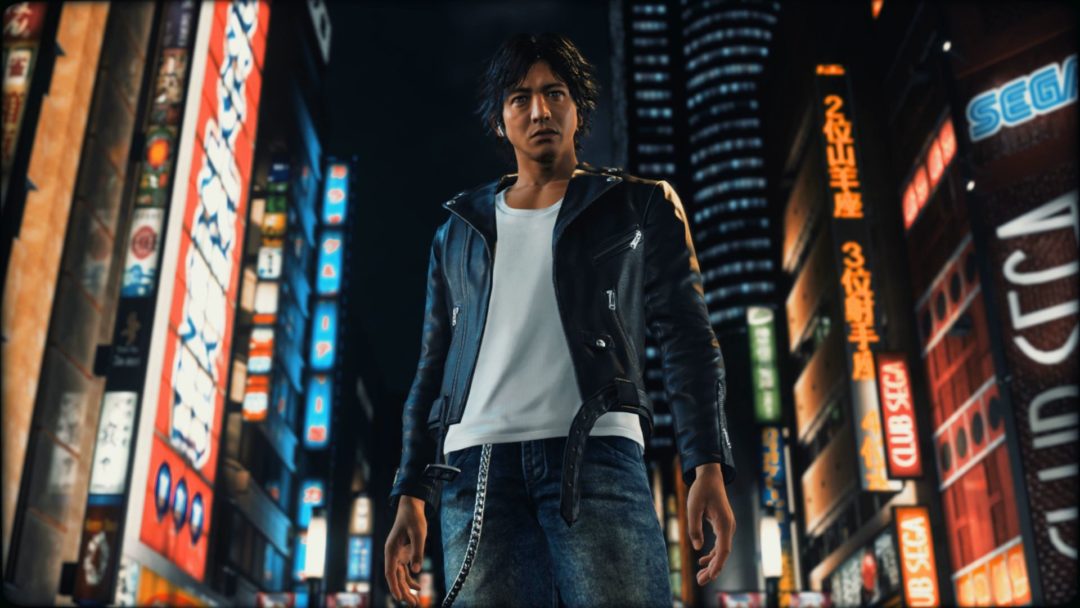 “Yeah, I know where Tenkaichi Street is … idiot.” This was my first thought playing through Judgment, the latest game from Sega’s Ryu Ga Gotoku team, famous for its long-running and increasingly beloved Yakuza series. Naturally, the studio’s luxuriously melodramatic legal thriller opens with a tutorial, just one of many you’ll encounter over the first dozen hours or so of this 30-plus hour story. The first of these is focused on teaching you how to be Yagami, disgraced lawyer turned broke but puckishly noble private investigator, as he tails a fellow detective with a gambling problem. Yagami’s client wants his money back from the gambler, and you have to collect, so the game teaches you how to fight, tail people, identify marks and points of interests, and how to follow the map of Tokyo’s half-imaginary red light district Kamurocho.

I don’t need the map, though. After 11 years wandering its neon streets, exploring its chicken-infested bowling alleys, and pummeling its unusually aggressive street toughs so hard their tracksuits never fit again, I’m a Kamurocho native. Of course I know where Tenkaichi Street is, Judgment. You don’t need to tell me. But Judgment also knows I know. It’s brilliance comes from both welcoming newcomers into its cramped alleys full of killer ramen joints while building on over a decade spent cultivating its exclusive digital neighborhood, recontextualizing a place that feels deeply familiar for those that have been living there.

I don’t know what to call Judgment. It’s not a sequel, but it doesn’t just borrow the setting of the preceding seven Yakuza games. This Kamurocho bears the scars of 2018’s Yakuza 6: The Song of Life. Little China is still a burned out husk, rebuilding after the Saio Triad’s patriarch met his unexpected demise. Yagami’s literally walking through history as he gathers evidence to solve cases big and small, uncovering the truth behind a series of grisly murders. This also isn’t a spin-off in the traditional sense, though it superficially feels like a Yakuza game.

Yagami is, like all of this studio’s heroes, a gifted thinker, a magnanimous neighbor, and a virtuosic martial artist. Much of your time will be spent beating the ever-loving crap out of Kamurochoans who simply can’t stop themselves from starting shit. Yagami is a hell of a lot of fun to steer as he flits between fighting styles. The first time I ran up the wall of a Poppo convenience store and backflipped onto a fool’s neck only to Black Widow throw his ass into a bike rack, all I could do was nod slowly and think: Yeah, son. Yeah.

But beneath the fisticuffs and errand running is a manifestly different drama. Yakuza’s warrior poet operatics are softened and toned into the rhythms of more recognizable crime dramas in Judgment, flitting between investigative procedure, judicial showmanship, and parochial warmth. This is a more terrestrial game than its studio siblings, less grand and soulfully archetypal in its focus on Yagami, his confidants, and his struggle for tangible justice. He exudes a barely suppressed passion beneath a casually cocky veneer. It’s striking how different everything feels after just minutes of walking in his shoes through Kamurocho.

As much as the pace and style of Judgment’s storytelling makes for a propulsive yarn, it also feels like a life being lived.

Yagami’s office is downright homey with its plush leather couch and turntable tucked in the back that both can be used to relax and heal from wounds between missions. The law office he used to work for — Judgment takes place three years after Yagami successfully defended an accused murderer who then killed his lover within days of his release — remains a surrogate family, tossing him investigative work and eventually drawing him inexorably back to the pressurized world of the courtroom. As much as the pace and style of Judgment’s storytelling makes for a propulsive yarn, it also feels like a life being lived. It’s a striking difference compared to the impossible tension of Yakuza’s endlessly escalating stakes.

Nothing emphasizes that more than the process of making friends in Kamurocho. In keeping with Judgement’s more grounded approach, the game’s side stories granting you cash, experience, items and other benefits veer away from Yakuza-style absurdity. Rather than accidentally stumbling into mobster diaper parties or drafting fowl to coach your bowling league, you can slowly get to know people in your neighborhood. Potential friends are indicated on the map by an emblem of shaking hands. Some friendships are simple: spend enough money at the corner store, and the young man behind the counter will toss you a healing item if you get into a tussle nearby. He’ll even gift you a record to listen to in your office. Others take more time: ordering a chashu bowl at the Kyushu No. 1 Star ramen shop will get you into a conversation with the owner about ingredients, filling a little meter to indicate your intimacy.

Get to know people well enough, and they’ll hire you to help out with problems that let you dig into all kinds of private dick-style shenanigans like lock picking, snapping pictures of people getting up to no good, staking out a building with a flying drone, interviewing people, and piecing together evidence. When you’re not beating the crap out of people trying to beat the crap out of you, you are investigating. While the process is as rote as it is in almost every detective video game from Batman: Arkham City to the Ace Attorney games echoed so specifically here, it’s nonetheless enveloping. Is it irritating that I can clearly see the safe combination written down on someone’s desk during an investigation only to be blocked from using it on the safe until I’ve gone through the specific steps the game demands first? Most definitely. But not so much that the tapestry of Yagami’s day to day becomes unwoven in the process.

My experience of Judgment is filtered through my previous experiences of Kamurocho. I have been writing for a decade about how this studio’s exploration, recycling of, and reconsideration of this imaginary city within a city is so inspiring and idiosyncratic. Kamurocho invokes a profound feeling of coming home when you return to it. It embodies the ridiculous, unpredictable experience of city living, the you’ll-never-believe-what-happened truth inevitably born out of densely packed humanity. Kamurocho is so much smaller than the sprawls of Grand Theft Auto games and the countless digital spaces that mimic them, but it gains profound power in that confinement. Judgment reconsiders it through the lens of a slower, albeit still sensationally theatrical, life lived between its boulevards.

What does that mean for those fresh off the bus? For those don’t know their Don Quixote from their Le Marche when they need to buy a new Kamurocho friend a gift? Judgment is, like the Yakuza games that came before it and all true cities, intimidatingly permeable. From the outside, it will seem strange and forbidding, something you’ll never truly be a part of. But like city life, all it takes is a willingness to step outside and join the arterial flow of its citizens going back and forth, waiting for their dates outside the beer garden, or waving hello to someone they’re seen before but whose name they don’t even know. I’m from Kamurocho at this point, but even if you’re not, Judgment welcomes you.

Disaster Report 4 Climbs Out of a Decade-Long Debacle