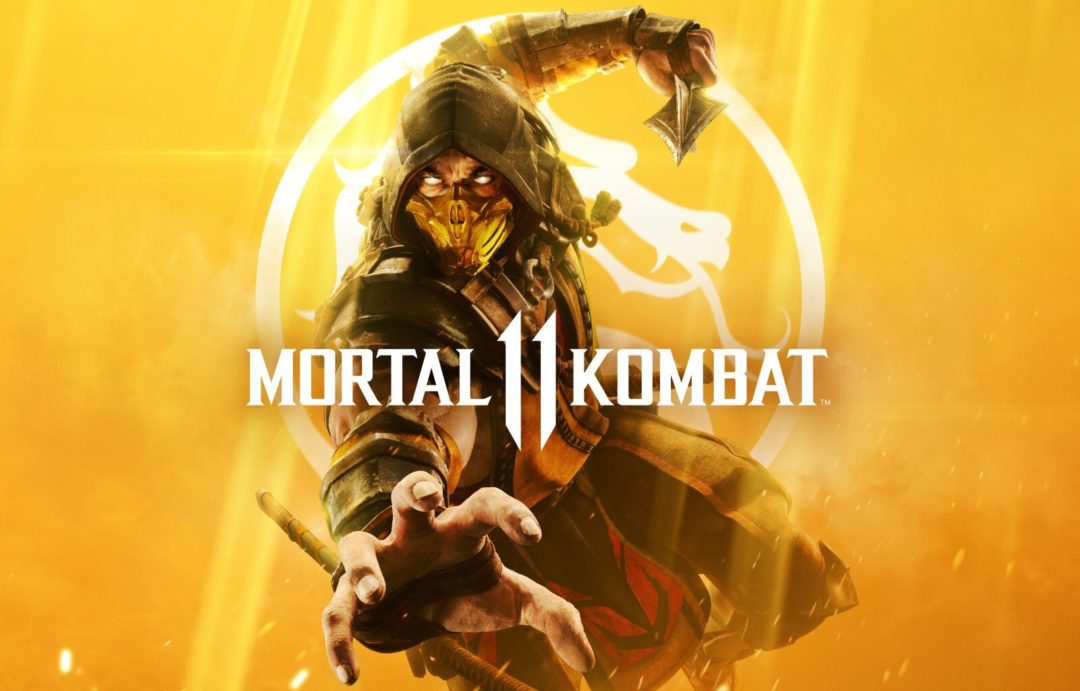 Stephen Hawking, real killjoy that he was, ruined the possibility of time travel in the span of a single sentence in A Brief History of Time. “If time travel is possible,” asked the cosmologist, “where are all the tourists from the future?” Think about it: the nitwit snapping a selfie at the signing of the Magna Carta. People forgetting to pack out their toilet paper and Kashi cereal bar wrappers after Pangean camping. Every Hamburg-era Beatles show ruined as beardo hipsters try to cram into the back of the Kaiserkeller. If breaking free of the fourth dimension were an option — and presuming every jaunt into the past and future didn’t just create divergent universes and timelines — life as we know it would be a wasteland of people gawping at past achievements and asking us regular folk for directions. History would implode; progress would halt as we ceaselessly looked backward. As Hawking noted, we are not assailed by time tourists. If we were, we’d be in the same predicament as Mortal Kombat 11.

For the second time this decade, NetherRealm’s enduring series is looking backwards. In 2011’s Mortal Kombat, time was fully reset, both in terms of the story’s hilariously violent and involved soap opera as well as its vision of digital brawling. Retelling the entire plot of the original trilogy of games from the early ‘90s, Mortal Kombat (2011) remains one of the best fighting games ever made thanks to its lurid, sticky art, its halting, compulsively learnable combat, and a truly great sense of humor. Maybe it didn’t have the same cultural impact as the original it effectively remade — Joe Lieberman didn’t swoon at governmental hearings over that game — but it arguably made Mortal Kombat more relevant as a paragon of game making than it had ever been before. Mortal Kombat 11 is also predicated on an explicit return to its roots, but where that theme gave 2011’s game clarity and purpose, it makes this one feel confused and stagnant. That feeling of stasis is hard to fully articulate while playing Mortal Kombat 11 since its an improvement in so many ways.

Gouging, slicing, shooting, slapping, and often slandering each other are 24 initially playable characters culled mostly from the series’ history. Two more veterans are available to buy on top of the base game, with the promise of at least six more to come in the future. Only three members of the roster are fresh faces. Cetrion, a goddess seemingly secreting purple, green Fun Dip and who bludgeons people with vines and rocks, is fun to steer around but her austere personality feels like a better fit for the DC Comics cast of NetherRealm’s Injustice fighters. Geras, a bruiser enforcer for the new final boss villain, has an arsenal of sand — literally the sands of time — attacks that feel dull when they’re pitted against evil wasp women and ninjas whose swords are made of blood.

The show stealer is Kollector, a six-armed, leering creep that smacks people with a lantern on a chain, and stabs them with hidden knives. He literally packs up enemy corpses in his little backpack after a fight. Kollector is absurdly grotesque, the sort of schlock, heavy metal, Troma movie refugee that’s always made Mortal Kombat’s casts shine. He feels like he’s always been there. The rest of the line up has otherwise actually always been there. Some like hooksword and gas mask aficionado Kabal and aforementioned blood ninja Skarlet are back after sitting out 2015’s Mortal Kombat X. Speaking of X, while that game featured a host of successors and offspring for classic characters, only gun-toting Cassie Cage (daughter of Johnny Cage and Sonya Blade, both back) and Jacqui Briggs (daughter of Jax, also back and no longer evil) return. The rest are characters we’ve seen kicking geysers of viscera out of each other for over 25 years.

And it is in fact more fun to do the kicking now than it was even just a few years ago in Mortal Kombat X. This is NetherRealm’s fifth fighting game this decade, and its expertise in brutish struggles augmented by environmental utility is further refined here. Mortal Kombat 11 is the only game in town where you can make a monk in a very sharp hat throw a lightning god into the wall of a demon bug hive then gouge an egg out of said wall to burn the god’s face with acid. Each contest feels more swift compared to previous games as well. After popping back into Mortal Kombat X to make sure my memory wasn’t playing tricks on me, Mortal Kombat 11’s rounds definitely feel less drawn out, more decisive. Visually striking, the game looks better than its immediate predecessor as well. Every monster ninja with swords in his arms is eerily tangible, every hellish vista like a demonic fortress with an evil god’s severed head glowing like a mantle centerpiece in the background rendered with ludicrous specificity. Even seemingly inconsequential elements like health bars and menus to look up special moves mid-fight are improved. Mortal Kombat 11 succeeds in all the structural and superficial ways a game about two people clubbing each other in hilariously outsized ways needs to. It’s good. To the sort of player who wants a fighting game in that classic mold, it may even be great.

Mortal Kombat 11 succeeds in all the structural and superficial ways a game about two people clubbing each other in hilariously outsized ways needs to.

It does not, however, feel essential. Unlike its genre peers, NetherRealm puts an astonishing amount of effort into developing ways to play its games alone. Evolving challenge modes, luxurious and lengthy stories that play like hilariously gruesome full seasons of an animated series, puzzle-infested dungeons where you unlock new gear, costumes, and even moves for fighters; Mortal Kombat 11 has all of these and they will occupy hours of play. Playing through the story — something I’ve relished since Mortal Kombat (2011) — I was having trouble finding a reason to.

Kronika, a churlish cross between Captain Planet’s Gaia, Star Trek: The Motion Picutre’s Ilia, and a cult leader, is in charge of maintaining the flow of time but she’s pissed at Raiden, the sedge hat-rocking lightning god who’s the primary good guy of Mortal Kombat history. By killing an evil god and becoming a little evil himself in the process, Raiden has broken time as Kronika thinks it’s supposed to play out, so she’s turning back time to kill him and set things back on track. The result is that time itself is a jumbled mess. Good guys like Johnny Cage team up with their past selves, heroes like Liu Kang have to fight their evil modern incarnations, and long dead bad guys like Shao Khan show up to cause new versions of old ruckuses.

Were any of this presented with the same playfulness and good humor of Mortal Kombat (2011) or the overwrought but enjoyable humanity of Mortal Kombat X, it might work. Mortal Kombat 11 plays out with stone-faced seriousness, rendering any fun that might be had in its time travel shenanigans inert in the process. As a premise that functionally opens the door for people to dress up as past incarnations of characters as well as news ones or to work canonically dead characters back into the game out of a sense of narrative propriety, it works. That sort of utility is anathema to chaotic, gross fun which is precisely what Mortal Kombat raison d’etre has always been. By humorlessly mixing up its past with the present established by the last game in the series, Mortal Kombat 11 feels aimless and labored even as its fundamental action feels polished.

That mood carries through the rest of the game too. The Towers of Time, tiered single-player challenges where you have to survive fighting a set number of enemies under unusual conditions, are fun in theory and tedious in execution. No amount of unlocked booster items or character augmenting gear will make a fight where you’re constantly getting interrupted by little missiles hitting you — just one of many little fight condition modifiers that pop up in the Towers of Time — can make it fun rather than irritating. The same can be said of the Krypt. Rather than unlocking things by playing through story modes, you earn three different in-game currencies (which can also be purchased for real money) to use in the giant palace palace of Shang Tsung, the original game’s villain. Exploring the Krypt is delightful and diverting at first, and a more entertaining dollop of fan service than the past versions of characters since it lets you explore settings from the original game. When it becomes clear how glacially the game doles out its currencies, having to manually unlock little boxes in the Krypt becomes miserable. Do I want to unlock Scorpion’s costume from 1994 while standing in the shadow of Goro’s statue from the original arcade game’s ending? Sure, but I don’t want to spend 16 hours to do so. That the game will let me spend actual money to save that time isn’t necessarily offensive but it does sting. Mortal Kombat 11’s preoccupation with the past is in execution a noisome lede pulling you throw its various modes and limiting the fun possible in its story.

History shackles Mortal Kombat 11. Were NetherRealm to somehow transport this game back to the beginning of this decade, superseding its last four releases, it would feel like a transformative work. (It would also be a depressing glimpse of the service economics that have plagued big budget game making that was still taking shape back then.) The fighting, the presentation, all the fighting game bones are that good. Time travel is impossible, though, and this game would have to be weighed in the context of its predecessors even if it didn’t call such explicit attention to that past in its premise. As a result, Mortal Kombat 11 sits in the shadow of its past, beholden to past victories rather than a bright future.

Bad Luck will Haunt You in Ghostbusters: The Card Game