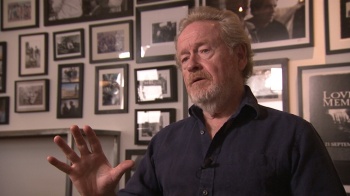 Ridley Scott is not a big fan of the current state of cinema.

Ridley Scott is, for my money, one of the directors whose opinion you usually want to listen to and whose films you want to go see. The man gave us Alien, Blade Runner, Legend, Kingdom of Heaven, Thelma & Louise, Black Hawk Down, American Gangster, The Martian – and if I’m feeling generous, I’ll count Gladiator in that list. Someone with that pedigree is worth taking seriously, which makes recent comments he told press – which were subsequently reported by Digital Spy – all the more disappointing.

“Cinema mainly is pretty bad,” he said, noting that his future projects could be impacted by this perceieved lack of quality. “I want to keep doing cinema and I hope it doesn’t affect those of us who still keep making smart films. I’m hoping it doesn’t affect me.”

What types of movies does he specifically dislike? Superhero movies – which, for the record, count for maybe 10 films a year. “Superhero movies are not my kind of thing – that’s why I’ve never really done one. [I’ve been asked] several times, but I can’t believe in the thin, gossamer tight-rope of the non-reality of the situation of the superhero.”

I’d like you to remember A Good Year at this moment.

He’d go on to say Blade Runner is basically a superhero movie anyway, but better. “I’ve done that kind of movie – Blade Runner really is a comic strip when you think about it: it’s a dark story told in an unreal world. You could almost put Batman or Superman in that world, that atmosphere, except I’d have a f**king good story, as opposed to no story!”

Scott’s next movie, which better have a good story, is Alien: Covenant. It will be released on May 19, 2017.